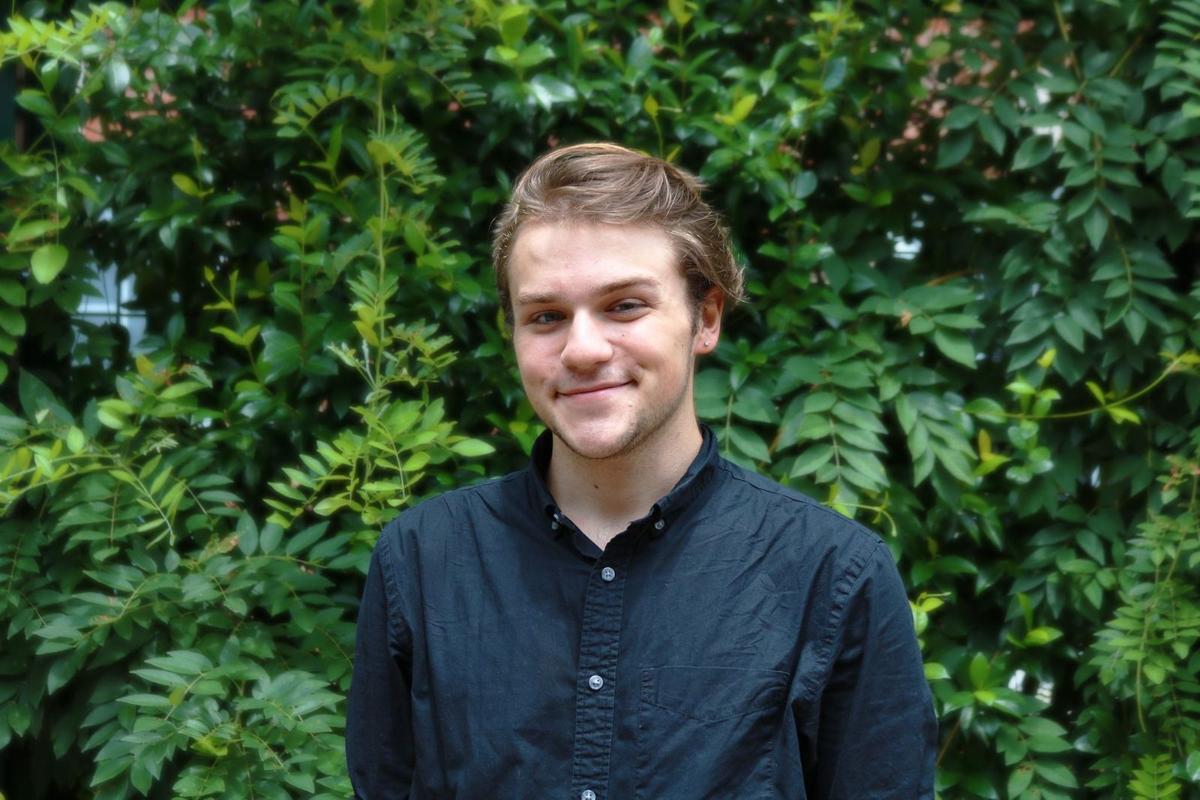 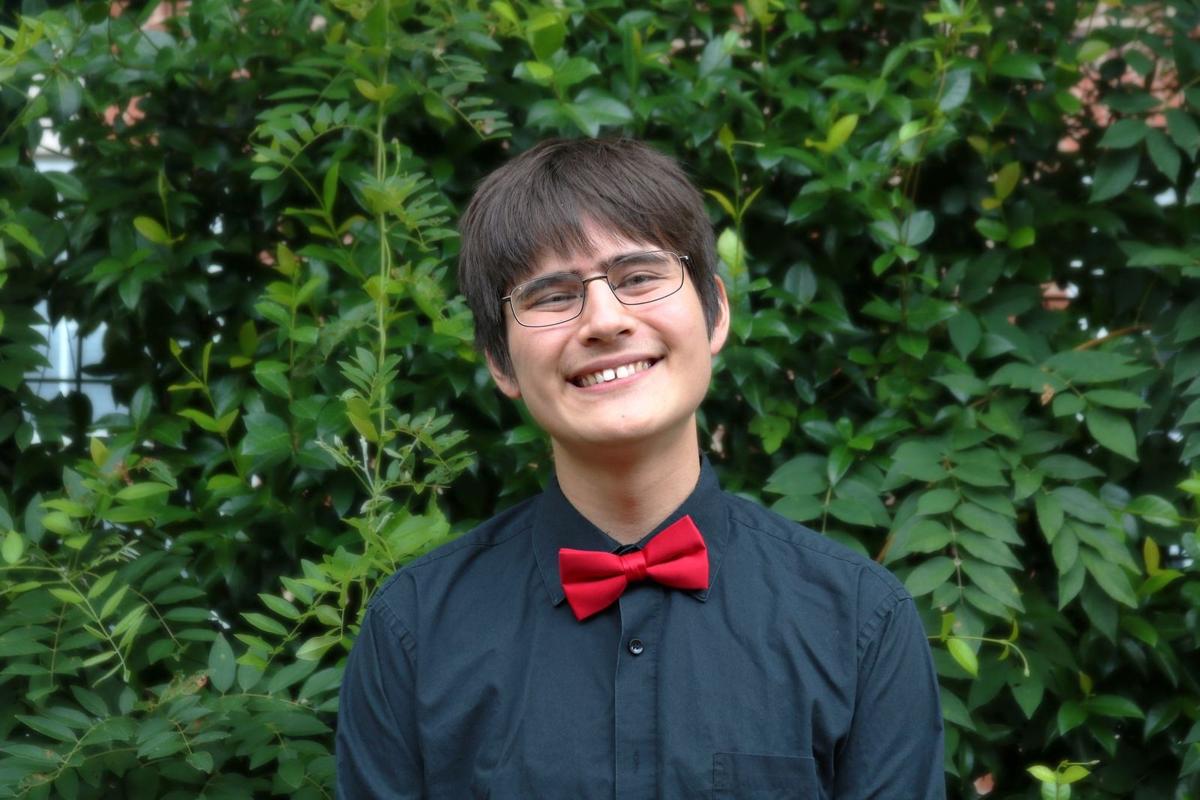 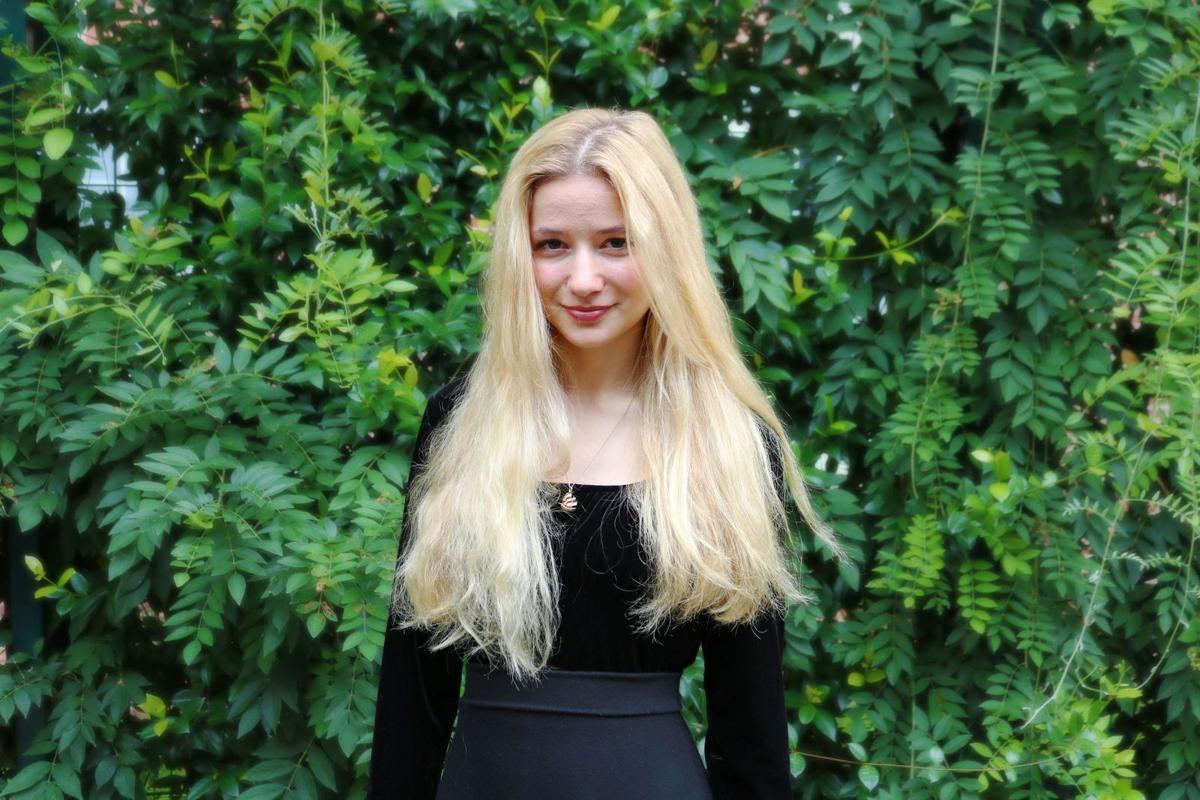 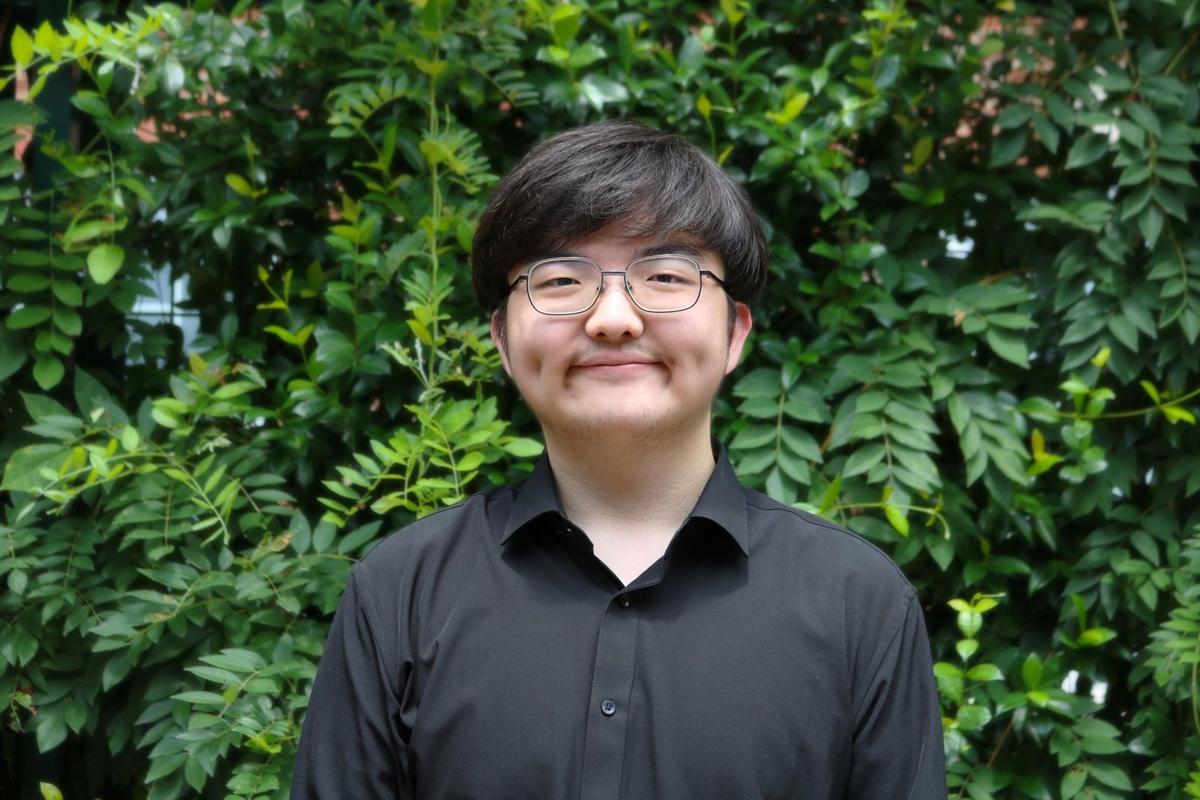 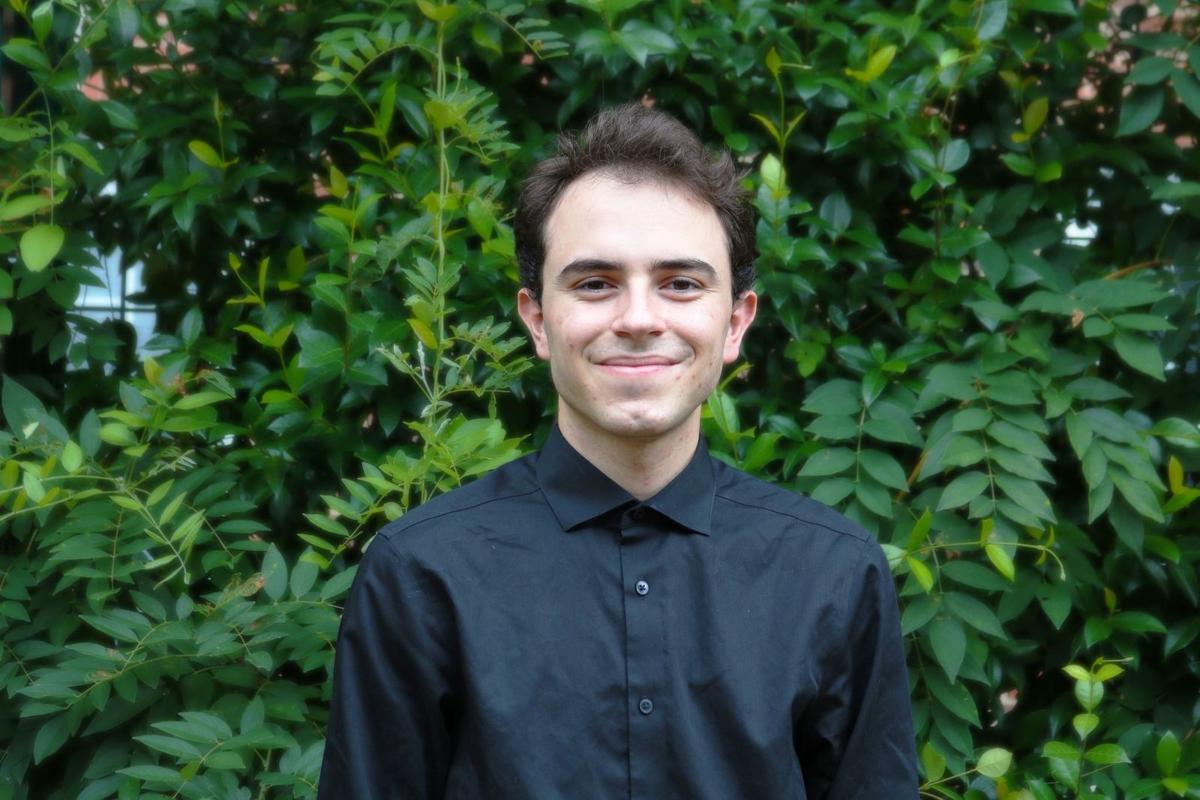 “Each season, I am impressed by the talent of these young artists in our annual concerto competition. This year’s competition participants faced the pressure of a fresh return to live performance following a year full of serious challenges while continuing to display high quality musicianship. In the end, witnessing these young musicians rising to the solo appearance they have so skillfully earned, accompanied by all of their EMF student colleagues, is incredibly inspiring!"

This year’s winners performing their competition concertos on July 29th are:

Adrian Wittmer, 19(Buffalo, NY), will be performing Vivaldi’s Bassoon Concerto in C major, RV 477. Wittmer is going into the second year of his Undergraduate Degree Program at the Eastman School of Music. In high school, he was a member of the Greater Buffalo Youth Orchestra. In his senior year, he won the orchestra's Concerto Competition. Wittmer was also a member of the NYSSMA All-State Conference in both his junior and senior year of high school and was a member of the All-Eastern Conference during his junior year. Wittmer has been studying with faculty artist George Sakakeeny at EMF this summer.

Cameron Jeppson, 21(Salt Lake City, UT), will be performing Prokofiev’s Violin Concerto No. 2 in G minor, op.63 (mvt. 1). Jeppson began studying violin with Asheley Madsen Watabe at age three and has also studied extensively with Jerry Elias, Caroline Pliszka, and Ivan Straus. Jeppson placed as a semi-finalist in the 2016 Stradivarius Violin Competition. He also studied, by invitation, at the 2018 Liberec International Violin Academy, Czech Republic. Jeppson played in the Pentasuite Piano Quintet, which won the American Protégé Competition in 2018 and received the Judges’ Distinction Award. Jeppson served as concertmaster of the Young Artist Chamber Players under the direction of Jack Ashton and toured Europe with the group in 2016. At the University of Utah, he studies with Hasse Borup and is a member of the Mount Olympus Waters Honors String Quartet and University Philharmonia. Jeppson has been studying with faculty artist John Fadial at EMF this summer.

Anthony Wu, 17, will be performing Mendelssohn’s Piano Concerto No. 1 in G minor, op.25 (mvt. 1). He is currently studying with Dr. Peter Miyamoto, Professor of Piano at the University of Missouri School of Music, and previously studied with Dr. Natalia Bolshakova and Rachel Hahn. He was the winner of the 2020 Missouri State MTNA Senior Competition in Piano. After winning the 2020 MMAMTA/Odyssey Pre-Collegiate Concerto Competition, he performed the Beethoven Piano Concerto No. 1 in C Major, op.15 with

full orchestra on the Odyssey Chamber Music Series. As a six-time winner of the Piano Showcase Auditions, he has performed at Columbia’s historic Missouri Theatre multiple times. Wu has also achieved high honors on trumpet, performing with the 2018 and 2019 Missouri All-State Bands. Wu has been studying with faculty artist William Wolfram at EMF this summer.

Anastasia Samsel*, 19 (Guilford, CT), will be performing Chaminade’s Concertino for Flute in D major, op.107. Samsel is a sophomore at the Mannes School of Music in NYC, where she studies with Judith Mendenhall. She will be a featured soloist in the Mannes Sounds Festival this fall as part of the Saint Andrew Music Society concert series. This past year, Samsel performed in masterclasses for distinguished flutists Stefán Höskuldsson, Walter Auer, and Linda Toote. This spring, she was accepted to the Domaine Forget International Music Festival, where she performed in a masterclass for Emmanuel Pahud. During high school, Samsel was the principal flutist of both the Greater New Haven Youth Orchestra 2018-2019 (conducted by Yale University Director of Bands Thomas Duffy) and the CMEA All State Orchestra 2019. Samsel has been studying with faculty artists Les Roettges and Jake Fridkis at EMF this summer. *Samsel will perform her winning concerto on Saturday, July 24th, with the Eastern Festival Orchestra.

The annual Concerto Competition performance is a highlight of the EMF season. Resident conductors Grant Cooper and José-Luis Novo will lead the Young Artists Orchestra in the evening’s celebratory concert. For tickets and performances details, visit easternmusicfestival.org.

For six decades, Eastern Music Festival (EMF), a nationally recognized classical music festival and summer educational program, is produced each summer on the campus of Guilford College and other venues in the Greensboro, North Carolina, area. EMF is distinguished by its accomplished faculty, exhilarating repertoire, and world-renowned visiting artists under the artistic direction of Gerard Schwarz. A powerful teaching institution, EMF provides encouragement and guidance to hundreds of young musicians from across the country and around the globe as they take their first steps towards careers in the performing arts. EMF’s five-week 60th anniversary season is June 26 – July 31, 2021. For more information, visit easternmusicfestival.org. Follow EMF on Facebook, Instagram, Twitter, and YouTube.

Eastern Music Festival’s mission is to promote musical enrichment, excellence, professional collaboration, innovation and diversity through a nationally recognized teaching program, music festival, concerts and other programs which will enhance the quality of life, health and vitality of our region.