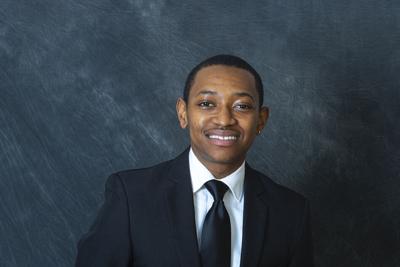 Tyler Chisolm, a Winston-Salem State University senior majoring in psychology, is bright and driven. Early on, he realized the power of positive connections, or to use the more conventional term, networking.

“Until I arrived at WSSU, I didn’t know exactly what was out there,” said Chisolm, who is 21 and from the small town of Henderson. “The connections I made really made me gain a craving to help people and help communities.”

Networking has long been a bedrock of upward economic mobility, connections sometimes passed down through generations among power structures. Those connections have often not extended to minority communities. WSSU’s Center for the Study of Economic Mobility (CSEM) closes the divide between those communities and power structures through initiatives and programs it sponsors, including YouthRISE, or Youth Research in Sustaining Economics, and The Playbook for Entrepreneurial Excellence.

Tyler participated in both programs. “I really appreciate CSEM’s work,” he said. “Economic mobility is so important. When I first got here, I could see how people were living outside campus. It was crazy. Later, as I thought about it, about equity and social justice, I definitely started to want to make a difference. Networking is key.”

Charity Griffin, an assistant professor in the Department of Psychological Sciences and CSEM Research Fellow, said that “Tyler Chisolm has been a critical asset to the development and implementation of my CSEM-funded, 10-week summer program, YouthRISE. Over the past two summers, Tyler’s effort with this project included taking lead role as facilitator, working directly with youth in east Winston-Salem to empower them to become community-change agents. Tyler has also presented findings from this work at academic conferences and to community stakeholders in local venues.”

Chisolm said he could identify with the students. “Growing up in Henderson, there weren’t a lot of job opportunities. I knew I was going to have to go to college or go in the military. Hopefully, these students can come together and form groups or organizations for economic mobility.”

He recruited a fellow student, Matthew Parker, to join in helping to facilitate the program.

Chisolm sought out guidance from Griffin, as well as CSEM Directors Craig Richardson and Alvin Atkinson.

Networking at a resume workshop on campus, Chisolm met Dr. Antwain Goode of Tate Consulting, who told him about the Playbook program. This past winter and spring, Chisolm participated in the program, led by Dr. Goode and Andrea Goode and based in the Enterprise Center on Martin Luther King Drive.  “What we found in Tyler Chisolm was something special,” Antwain Goode said. “We created a design that would infuse leadership into the person, which would create a hybrid leader.

Andrea Goode said: “In short, we wanted to increase their business acumen, community involvement, how to develop others throughout the organization, and help the leader measure quantitative inputs.  Well, we got our hands on a dynamic person who brought to the table his passion to address community youth challenges and health education.”

Chisolm said the Goodes put their faith and trust in their students. Two apartment mates of his, Dexter Perkins and Dustin Sellers, also participated in the program.

Through the program, Chisolm started his own business, Life Shop, LLC. It’s a pop-up-shop that will provide resources and techniques for people dealing with mental- and physical health problems, such as those he has seen among friends and family. Such shops are short-term sales spaces, often time to coincide with a trend or event. “I’m fascinated by how and why people behave and think,” Chisolm said.

If the right opportunity came along, he said, he would return here to work. Wherever he lands, he wants to make a difference. Thanks to the impact of CSEM and Dr. Griffin’s research, he now has the connections to do so.