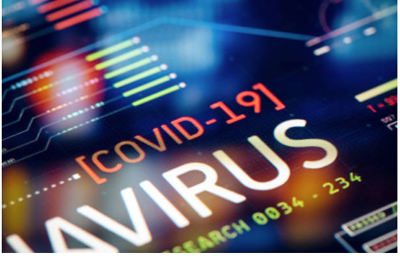 Authorities around the world are beginning to pivot from pandemic triage to vaccination rollouts. This is, of course, good news, but so-called “vaccine-hesitancy” is going to be another roadblock to ending the global shutdown. It’s not clear yet if those who have already been infected with and recovered from Covid will all need vaccinations; but it’s likely going to be recommended as with mutations and strains circulating, extra protection doesn’t seem like overkill.

US President Biden pledged that the US Government will have enough vaccines in place throughout the 50 states to allow any adult over the age of 18 who wants a vaccine the ability to get one before the 1st of May. Luckily, today a vaccination involves a three-second shot in the arm. Pity the children of ancient China who endured the inoculation method of the time:  ground-up scabs from smallpox blown into their nostrils – kids snorting smallpox if you will.

Many of the coming snort-free vaccinations will occur at pharmacies, and of course, hospitals and clinics. Health Testing Centers Covid test information, however, could give you a leg up by providing info on whether you’ve been previously infected by testing for antibodies – specifically the IgG antibody thought to confer long-term immunity. The antibody test kit used may be different depending on your local lab, but all tests that Health Testing Centers offer has shown a 99-percentage sensitivity rate to Covid-19 antibodies. The test itself isn't a big deal. Drawing a little blood takes only a few minutes and results are available online through the center’s secure internet portal within a few days. Health Testing Centers also have advantages over other ways of determining your Covid status. You don't need an appointment, and you can register online before heading over to a local lab to have a blood sample taken. You will generally first be asked to fill out an online questionnaire to identify what – if any – active symptoms you have.

If you do have symptoms, you’ll be guided to where you can get a PCR-based test rather than an antibody test. Those who aren’t symptomatic but would like to know more should take the antibody test. As noted above, it requires a blood sample, generally takes about 10 minutes, and is no more painful than your average injection. Results from a Health Testing Center are generally available within five to seven days; longer than other antibody testing services, but significantly more inexpensive than the faster options, plus you can use any Quest Diagnostics or LabCorp lab. The results, it goes without saying, are secure and private.

Knowledge is power, they say, and knowing if you’ve had Covid can help you make better decisions going forward. Of course, if your doctor recommends a vaccine and there is one available, you’d have to be a knucklehead to say no. The not-exactly-small-minority of folks who say they are hesitant to get the jab may come around as they see the results in nations such as Israel, where high rates of vaccination are allowing that thing we used to call “life” to re-emerge. True, there are deluded ‘anti-vaxxers’ – people so far down the conspiracy rabbit hole they may not be savable; but be sure to know your history in the event you encounter such a lost soul. As Francis Galton said, “In science credit goes to the man who convinces the world, not the man to whom the idea first occurs.”

Many are familiar with the vaccine origin story of how Edward Jenner deliberately infected an eight-year-old boy with a smallpox “vaccination,” to see if this gave the child immunity. In 1796 perhaps ethics wasn't at the top of most-important-things-to-be concerned about. But those who only remember the story of Edward Jenner and his questionable ethics lack a greater understanding of history. The person who might have a greater claim to fame – at least in Europe – is a woman by the name of Lady Mary Montagu. Described as a “colorful character” who eloped with her husband and then accompanied him to his post as ambassador to Constantinople.

Lady Montagu reportedly disguised herself as a man to get into the famous Hagia Sophia mosque. She also wrote numerous pages about the lives of ordinary ottoman Turks and visited Turkish baths and even harems. Most importantly for the topic at hand, however, was the events of 1718 after she had come across a practice known as variolation, which was the same basic idea Jenner would use later in the same century. It worked by using some sort of sharp scraping tool to open a small wound, after which small bits of scabs or some fluid collected from an infected individual was rubbed into that wound in order to help the healthy person develop immunity. In 1718, she had her young son variolated on his wrist. After a smallpox epidemic broke out in 1721, he also had her daughters likewise immunized.

The vaccine origin story gets even weirder. Also in 1721, was the so-called Royal Experiment. Picture this: six prisoners (some who reportedly had been sentenced to death) at Newgate Prison were offered a quid pro quo: be subjected to variolation, and if you survive, earn a royal pardon. Later, one of these female convicts was paid to sleep in the same bed as a 10-year-old boy for six weeks. The woman had been inoculated and the boy had smallpox. The question was to determine if the woman who'd been vaccinated could contract the disease. So, it's fair to say that Jenner was only perfecting these dubious ethical experiments. And, of course, the Europeans mentioned did not come up with the idea independently.

The history of inoculations against disease probably began in China. Records in China begin in the 1500s, but it may have already been practiced in China as early as 200 BCE. There's evidence the idea was used in parts of Africa and, of course, Turkey. In short, humans have been using the same idea for a very long time and it works. When was the last time you met someone who had smallpox? Vaccinations work, but getting yourself tested is a good first step so you can communicate with your doctor and – together – decide on the best way forward to full immunity.