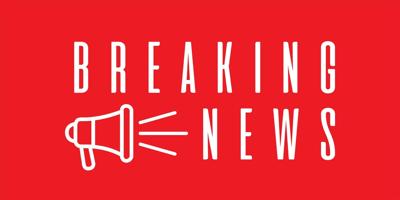 A white self-professed “street preacher” was the only person arrested during the peaceful 10-hour march protesting the death of George Floyd that blocked off parts of Greensboro and I-40 on Saturday. He was not one of the marchers and was not protesting Floyd’s death.

According to the Greensboro Police Department, Gary Daniel Purgason, 35, of Madison, was arrested in the parking deck at 299 Greene St. and charged with "Inciting to Riot."

As previously reported, protesters at A Woman’s Choice of Greensboro on Randleman Road include a small group “Street Preachers.” These men (and occasionally, one woman) stand at the edge of the parking lot behind a restaurant that abuts the clinic. From that raised vantage point, they address arriving patients with enough amplification that they can be heard inside the clinic’s reception area. They also regularly livestream this “preaching” to Facebook.

Since November 2019, this writer has, on multiple occasions, observed Purgason “preaching” there, along with fellow “street preachers” Chris Pantalone and Sam Wilking.

Livestreams by the trio on Saturday afternoon depict Purgason addressing the protest march on Washington Street through a megaphone, and then being arrested by Greensboro police officers on bicycles.

In one, Pantalone tells the officers, “we’re just Christians, we’re just street preachers,” and denies the group threw anything at the marchers.

At the clinic protest on Nov. 16, 2019, this writer asked Pantalone why so few of the protesters at A Woman’s Choice were black. Pantalone acknowledged the racial disparity, but explained it by saying, “Most of the black churches around here have a false gospel.”

At that same protest, this writer observed Pantalone address a black man accompanying a black patient. “Sir, your bumper sticker says Black Lives Matter, but white doctors in that clinic are murdering your black baby,” shouted the amplified Pantalone. “Don’t be a coward, be a real man, and get your woman out of there!”

Multiple persons serving as volunteer patient escorts at the clinic on Saturday morning, including pastor Michael Usey of College Park Baptist Church and minister Mark Sandlin of the Presbyterian Church of the Covenant, told YES! Weekly that Pantalone, Purgason, and Wilking had a confrontation with an African-African man in the company of a clinic patient. They said the confrontation escalated after Pantalone called the man a coward. Both a video shot by a clinic escort and the livestream by Wilking depict the following encounter:

The man, large and muscular, approaches Wilking, Pantalone, Ferguson, and several men in camouflage or hunting gear. As he approaches, he tells them to “Shut the fuck up.”

The man then turns and walks away. Pantalone yells, “You’re a coward, sir!”

The man turns back, approaches them again, and repeats, “Shut the fuck up!”

The man turns around and walks towards his car.

Pantalone returns to the right of the frame and says, “I’m just here to help. You don’t protect your child, sir, that’s what a man is called to do.”

The man returns and, less loudly, again tells Pantalone to shut up.

“Pray for us, guys,” Purgason tells their viewers,” then says to the man, “we want to help you keep your baby, sir.”

Someone yells, “stay and be a man!”

“We love you, bro!” shouts Pantalone as the man again walks away.

“No man knows the day and the hour of when you will die,” says Purgason. “Black lives matter! Black matter!”

“I knew that telling a black person he’s a coward would trigger him” says another protester as the man they angered drives away.

Pastor Usey described this verbal altercation to YES! Weekly as, the morning’s “worst incident” and “a flashpoint for potential violence in Greensboro.”

“They were aggressively following several of the female escorts, yelling at them in their faces, calling them names, and saying things like ‘Hey, can I take you to lunch and do a Bible study with you?’ I am beyond repulsed by these pugnacious dullards. This is white privilege and rape culture on parade.”

Usey said that none of the six “street preachers” and 49 other protesters at the clinic were wearing masks and that all were white. He alleged that the six police officers present did nothing to prevent protesters from harassing patients or the 12 clinic escorts, all of whom wore masks and attempted to maintain social distancing.

Usey alleged that one preacher using a personal amplification system harassed Mark Sandlin and Sandlin’s wife by “yelling, ranting, and screaming Bible verses” at the couple “from 6 feet away for a full 45 minutes.”

“I should have known it was going to be different than the other days that I’ve volunteered,” Sandlin said. “Before we could even meet with the other volunteers, my wife and I were approached by a preacher/protester trying to get us to take a card from him. We were wearing masks, and he wasn’t, and he definitely wasn’t practicing social distancing. Admittedly, I just wanted to get away from him. He said, ‘Sir, I’m concerned about your soul.’ Trying to move on, I quickly said, ‘No need to worry, I’m a minister.’ He quickly replied, ‘A minister of Satan!’ That should have clued me in that they had decided to up their game and be more aggressive.”

Sandlin said that then, for much of the rest of the morning, he was followed by a man reading Bible verses at him over a personal amplification system.

“He too wasn’t wearing a mask and, despite my consistent requests, would not maintain a 6-foot distance. He actually seemed to take some personal glee in not maintain that distance. There’s always a police presence on Saturdays, so I asked an officer if he could have the preacher/protester keep an appropriate social distance. I also said that I felt like he was harassing me. The officer did tell him to keep more than a 6-foot distance, but he also told him he wouldn’t be monitoring that distance. Neither the officer nor any other officers there seemed to care that the preacher/protester continued to not maintain a safe distance and continued to harass me.”

Usey has, in the past, described protesters as avoiding him, and instead of directing their verbal abuse at female escorts. He said that this day was different.

“One said ‘Hey, aren’t you the so-called pastor from the alphabet church, LGBTQ? Are you gay, or are you a pastor? Cause you can’t be both.’ This he asked at full volume on his bullhorn at least a dozen times. Trained in de-escalation as a soccer referee, I said and did nothing. Honestly, I don’t care what they can say to me or the other minister. But the continual loud, mean harassment of these young women and their companions is nightmare fuel.”