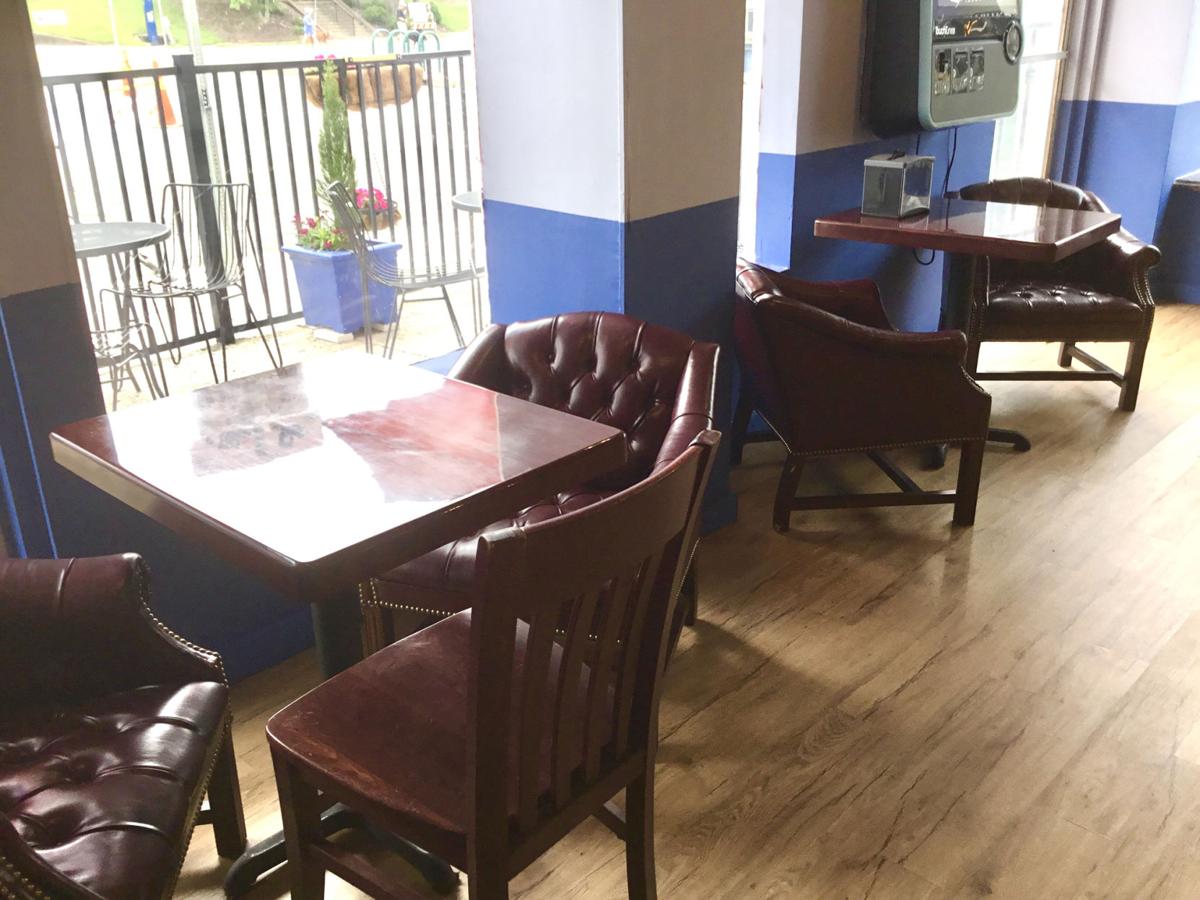 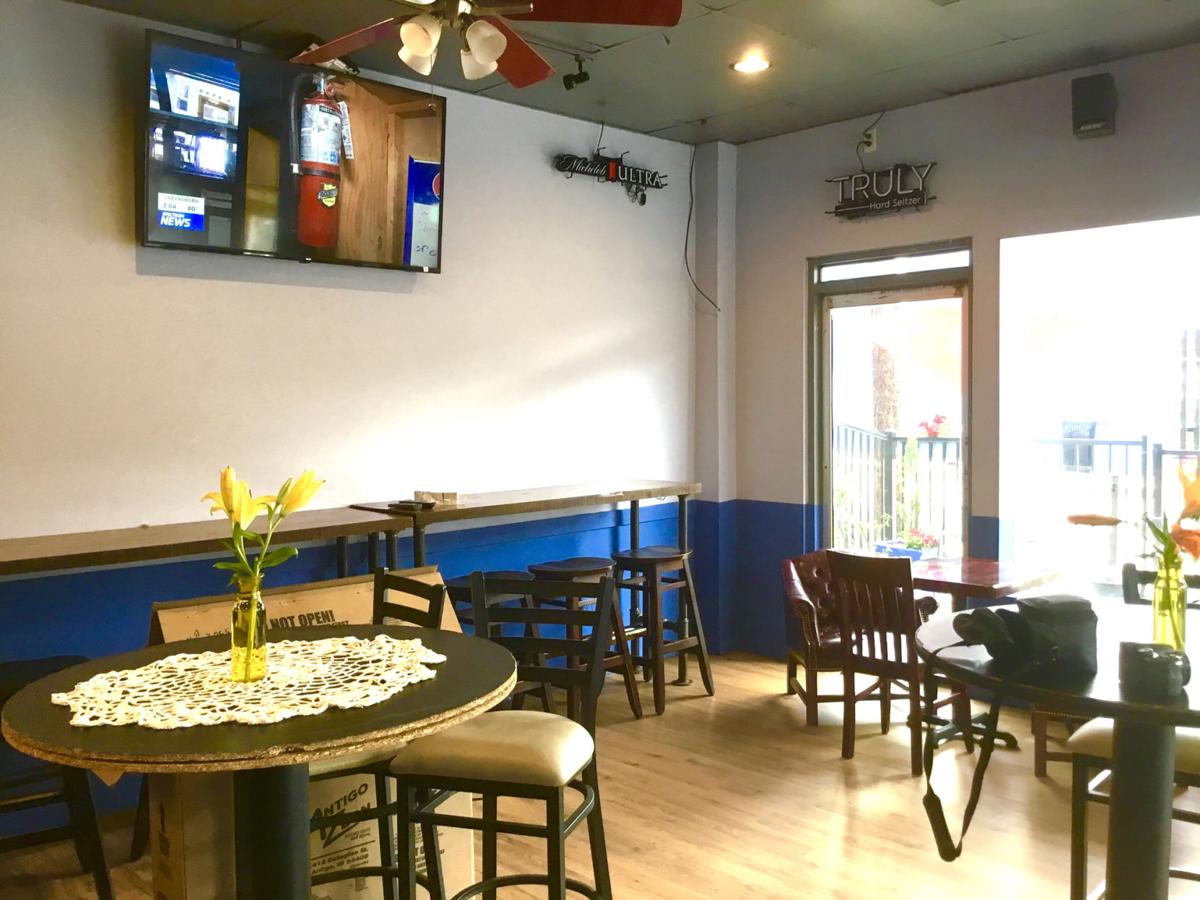 Ray Mascali was 22 in 1978, the year he opened a pizza parlor on Greensboro’s Tate Street with his partners Charlie and Sammy Sciabbarrasi. Now 64, he’s again co-owner, this time with Leo Gramisci. “We’re going to make the food like it used to be,” he told me, “and we’ve worked really hard at fixing up the place.”

It was neither his first restaurant nor his first in Greensboro. Born Rosario Mascali in Catania, Italy, Ray moved with his family to Bordentown, New Jersey, when he was 15. Three years later, he opened Rosario’s Pizza in Bordentown, where it’s still in existence. In 1977, he and Charlie Sciabbarrasi moved to the Triad and opened up Greensboro’s first New York Pizza beside the skating rink in Carolina Circle Mall, where they were later joined by Sammy.

“Then Bill Kotis, the owner of this location, approached us. He said he had a place here on Tate Street. We didn’t even know what Tate Street was, we were so new, but we came and saw the university and thought we could make something here. The next year, Northwestern Bank, which had been next door, moved, so we took that space and opened our bar.”

Before 1978, liquor could only be sold by the bottle in North Carolina. “We had one of the first licenses in the entire state, No. 481. And the drinking age for beer and wine was 18. So, we became very popular with college students.”

And not just them. The Greensboro Coliseum was at the height of its popularity as one of the largest venues in the south. Many audience members stopped at NYP before or after a show, and so did performers.

“The Eagles were here. Bruce Springsteen came to eat. One night, Patti Labelle walked in. A lot of people who went through this town came here. We were very, very busy.”

And even busier once they started Pitcher Night. “We had $2.50 pitchers on Tuesdays. I remember we used to sell 18 kegs. That was unheard of in a place this size.” NYP was known for more than just cheap beer. “We were one of the very best pizza parlors in the Triad, so popular we opened another on High Point Road, or as you say now, Gate City Boulevard. Godfather’s later bought us out, and now it’s Olive Garden.” Eventually, Ray, Charlie and Sammy decided to try something different and opened All Fresh Produce. “It did really well and still does,” Ray said, “but I missed the people.”

So, he and the Sciabbarrasi brothers opened Ristorante L’Italiano in High Point. “In time, we went our separate ways, and I got High Point and Charlie got Tate Street. Then he sold this place to Eddie Gramisci, who brought his brother Leo here.”

In 2004, Ray opened Pizzeria L’Italiano on Elm Street, which he eventually sold to its manager, Aldo Proposito. Then in 2012, he and Eddie Gramisci opened another New York Pizza on Battleground.

“Eddie was there for six months, but I’ve been there ever since.”

“When we left, so did the recipes and ingredients we used. The quality was not the same, and it became known for music instead of food. But Leo had been working with me at Battleground, and when the last owner decided to sell it, he offered this place to Leo, but Leo couldn’t do it, so I came into the picture. Now, we own it together, although he’s probably going to be the operator because I have other stuff and am not so young anymore.”

He said that the old recipes are back. “New York Pizza on Battleground is very popular, very busy. Just ask Mayor Nancy Vaughan, who eats there all the time. Now, we’re returning that quality to Tate Street.”

The strip is a special place for him.

“I met my wife Barbara here. She was at UNCG, an exchange student from Stuttgart. Our eyes met over a slice of pizza, we got married, and had three kids, who pretty much grew up here.”

Remembering his late wife, Ray wiped his eyes. Dr. Barbara Mascali became a beloved professor of French, German and English as a Second Language at High Point University, where she started as a visiting lecturer in 1989 and was awarded tenure in 2000. Dr. Mascali, who also earned a Ph.D. in Philosophy from UNCG, died of cancer in 2011. She and Ray were married for 31 years.

“She was a very brilliant and beautiful lady, and I miss her so much.”

A moving photo montage video of Ray, his wife, and their three children through the years was put on YouTube by their son Sal in 2011, where it can be found under the title “Barbara Mascali.”

“You may remember Sal from the popular band The Urban Sophisticates,” said Ray after he’d dried his eyes. “He studied at Second City and is now an actor in L.A. My youngest son, Daniel, is now a guitar tech for singer Kane Brown, and my daughter, Marianela, she’s a horticulturist and gardener in Seattle.”

“So, I have a lot of memories in this place. I’m glad I took it over, and hope I can make it better.”

One way he intends to do that is with top-quality ingredients.

“The way I make the sauce, the dough, the kind of cheese I use. I’m not skimping. If it’s no good for me to eat, I don’t serve it.”

Now he’s waiting for the new normal. “Nobody knows what it is yet, but we’re open for dining again as well as takeout. We’ve got our tables inside, spaced well apart, with comfortable leather chairs, and the patio is completely redone. It’s so nice now. We should have our liquor a license the week after your article comes out.”

I ordered a Chicken Stromboli, which I took home and ate while transcribing our interview. It tasted every bit as great as I remembered from the 1980s.