Skip to main content
You are the owner of this article.
Edit Article Add New Article
You have permission to edit this article.
Edit
Coronavirus
News
Real Estate
Food & Drink
Music
The Arts
Kids Family
Education
Cannabis
Sports
Photo Galleries
About Us
Advertise/Contact Us
Find a Printed Copy
Latest Issuu
Share This 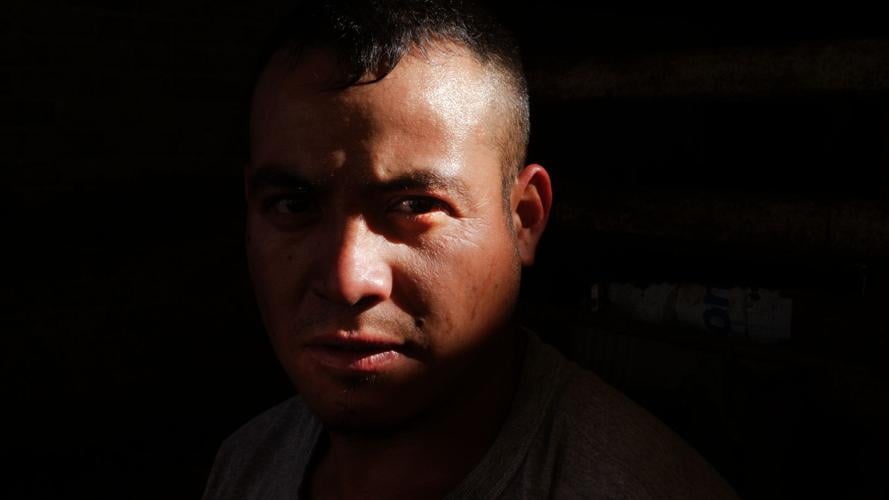 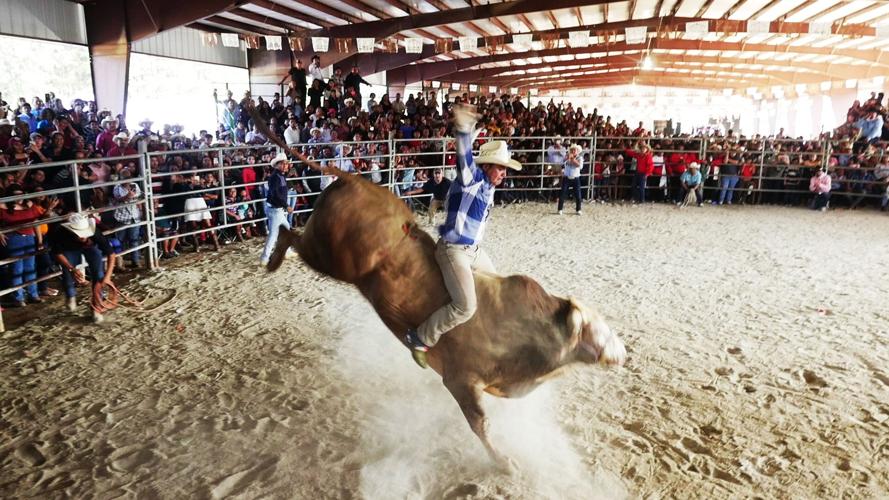 Still from Rodrigo Dorfman's Bulls and Saints, which was supposed to premiere at RiverRun Film Festival before its cancellation due to COVID-19 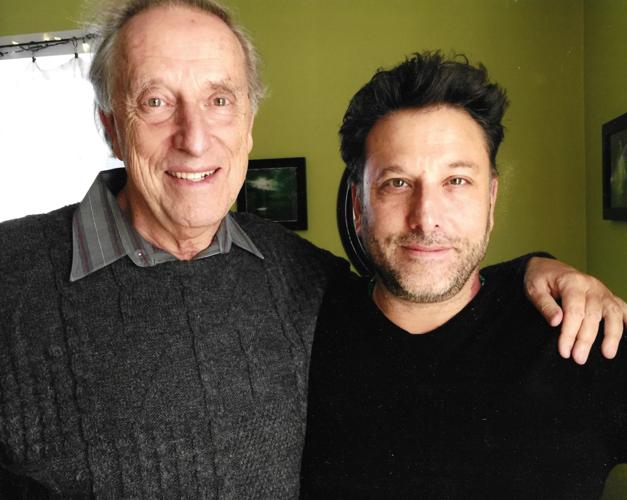 Ariel and his son Rodrigo Dorfman 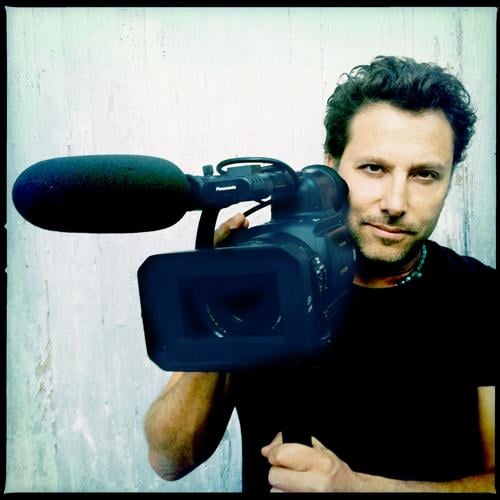 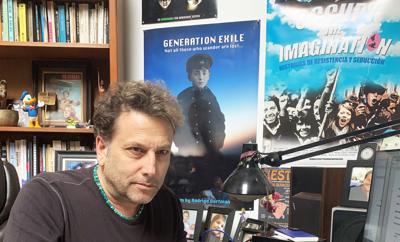 Still from Rodrigo Dorfman's Bulls and Saints, which was supposed to premiere at RiverRun Film Festival before its cancellation due to COVID-19

Ariel and his son Rodrigo Dorfman

*Editor's note: Since this article went to press, RiverRun informed YES! Weekly that some of the films on this year’s slate, including Rodrigo’s Bulls and Saints, will soon be available online. Check the Bulls and Saints listing at the RiverRun website for updates.

Rodrigo Dorfman, exile and son of exiles, is no stranger to catastrophe. When he was a child in Chile, his family’s life was threatened by a murderous U.S.-backed military coup. Now, it’s disrupted by a pandemic. Like his father, novelist, playwright, essayist and human rights activist Ariel Dorfman, Rodrigo is haunted by history.

Rodrigo was born in Santiago in 1967, six years before General Augusto Pinochet overthrew Chilean president Salvador Allende, beginning a 17-year reign of terror in which thousands were executed, tens of thousands imprisoned and tortured, and over a hundred thousand fled for their lives.

Three such exiles were Ariel, his wife Angélica Malinarich, and their son Rodrigo. A cultural advisor to the slain Allende, Ariel narrowly escaped being murdered like his friend Claudio Jimeno, who was working Ariel’s usual shift at the presidential palace the night gunmen burst in. Fleeing Pinochet death squads, the Dorfmans lived in Paris, Amsterdam, and D.C. before settling in Durham, where Ariel is Walter Hines Page Research Professor of Literature and Latin American Studies at Duke.

Rodrigo resides down the block from his parents. Until the crisis, he spent much of his time traveling and documenting North Carolina’s Latinx community via a series of what he calls “hybrid educational/neo-realist” films. He’s worked with HBO, PBS, Salma Hayek’s production company Ventanazul and the BBC, on films screened at the Toronto, Full Frame, Edinburgh, Telluride, and Human Rights Watch festivals.

Now, most of those are canceled, as was Winston-Salem’s RiverRun, at which Rodrigo’s short Bulls and Saints was to be shown. SECCA, where the film was part of an immersive installation, is closed. The loss of festival exposure hurts most.

“Festival are the lifeblood of most documentary filmmakers, both in terms of getting their work seen and finding distribution,” wrote Rodrigo in a recent email. “Now, our work is orphaned and in limbo.”

YES! Weekly asked Rodrigo about both Bulls and Saints and The Disobedient Ones, a related feature-length documentary also set in North Carolina’s Mexican bull rodeo circuit. Both are collaborations with photographer/visual artist Peter Eversoll, his partner in Nuevo South, their Durham-based media and art production company that explores this region’s intersecting cultures.

“In 2018, I met Cheyo Macias, A.K.A. El Desobediente de Cherán (The Disobedient of Cherán) in Statesville the day he rode one of the most notorious bulls of the Mexican rodeo circuit. In Mexico six months earlier, Cheyo was challenged to ride the unbeaten El Dolá. To do this, he crossed the desert and headed to El Norte, hoping to win enough money to buy a butcher shop and a piece of land back in Cherán. When his cousin told him that I used to make video letters for immigrants wanting to communicate back home, Cheyo asked me to help him record one for his wife. I believe in crossing the objective boundaries of traditional documentary ethics, so I made it a collaboration and helped him write it.”

Rodrigo stressed the importance of such imported festivities, describing how the crisis has curtailed them.

“The heart of this state’s Latinx community is its working-class families with mixed immigration status. They helped rebuild North Carolina into the 21st-century and hold the key to its future. They have gone from living in the shadows to watching their children stand up and fight to be heard, to be seen, to be protagonists of this emerging Nuevo South. The community has survived and thrived because it’s held on to its traditions. Many, such as bull rodeos, saint worship, quinceañeras, and baptisms, are expressed in a public communal setting. The community also comes together physically to raise money for those in need. Hundreds of volunteers cook and sell food to raise emergency funds for families, especially medical bills. They are not set up to raise funds online. And so, the quarantine is having a huge impact on this essential source of community support. It’s an unseen tragedy.”

“Insecurity, distance, loss, these are the traumas of exile, which millions have lived through with lessons to share. It disturbs me that the possibility of families learning to come together, of witnessing a new non-capitalist sense of time, of finding some degree of silence and meditative space, comes woven into the suffering and pain of so many, but we’ve always been dancing on cemeteries. We were just not aware of it.”

Rodrigo believes that documentarians, like all artists and storytellers, are essential workers, but that those who share their lives with his camera are even more so.

“We tell the stories of those living at the margins, the essential but unseen workers in the shadows. We ask difficult questions that our political lexicon does not or dares not express. In uncertain times, artists help us imagine what the world will be like when we emerge into the post-pandemic light.”

When the quarantine went into effect, he was in the middle of three projects, one on the 20-year economic impact of the Latino Community Credit Union (LCCU) on the lives of four families in Durham and Greensboro. Now, his asthma, which leaves him compromised, has turned his filmmaker’s eye inward.

“The essence of a documentary filmmaker is to go out into the world. Social distancing is the exact opposite. This quarantine is killing me, existentially. So, I’m doing two things to stay sane and out of jail or out of the hospital."

He has started filming a feature documentary inside his house about his four daughters.

“They have agreed to bare themselves to the world in the different ways they are coping with their disrupted lives. Each one of them is trying to overcome her worst fears and anxieties while putting on the Spring Talent Show concert that never happened. It’s going to be intense but a way for them to mentally deal with it. It’s a cross between Cassavetes and the Brady Bunch as a documentary— very experimental and pop at the same time.”

He’s also turning his 2011 documentary Occupy the Imagination into a book. “I’m updating it with new stories that explore the stories of individuals who struggle to create alternative spaces of cultural resistance to our Western neo-liberal model of capitalism. The project mixes and contrasts stories from Chile and its history of revolution, repression, and negotiated transition to democracy with the first year of the Occupy Wall Street movement, the Black Lives Matter movement, Latinx voices in the Nuevo South and local efforts to fight gentrification.”

And how is his family handling the crisis?

“My mother is a bit of a recluse, so she’s happy as a clam in her house. My father is writing up a storm. My daughters, who are 9, 15, 17, and 20, are coping as well as they can. We are lucky to be healthy and privileged. Unlike the Latino immigrants, I have been collaborating with for the last 20 years, who mostly work in construction, don’t have the luxury of missing a paycheck, and will not receive a stimulus payment.”

Bulls and Saints is viewable on the N.C. Shorts 1 YouTube compilation linked at the RiverRun website. (It starts at approximately 44:40.)