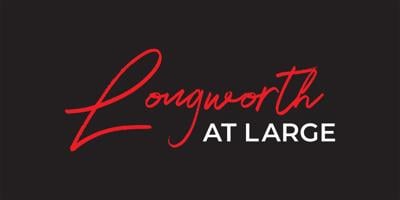 Unlike our childish, mean-spirited president who thrives on name-calling and social unrest, I never intend to stir up controversy with my words. And yet, last week, my column, “Cooper’s Shell Game Could Ruin Us,” did just that. Not long after YES! Weekly publisher Charles Womack posted my column, he was deluged with responses. Some of them were favorable, but others were critical, including those written by folks who threatened never to read YES! Weekly again. A similar eruption occurred last year when I defended Martina Navratilova’s right to say that trans athletes should not be allowed to compete in women’s tennis tournaments. The hate mail poured in, and you would have thought I had sold uranium to the Russians. Somehow this society has forsaken tolerance and civil discourse in favor of partisanship and bullying, and that saddens me.

For the record, I am neither a Republican nor a Democrat. I am a liberal-leaning unaffiliated voter, and, over the past 20 years, my columns and T.V. commentaries have criticized GOP officials over Dems by about a 10 to 1 margin. I’ve also committed my time and resources to advocating for liberal causes. In 1993, I helped Virginia Governor Doug Wilder pass the nation’s first hand gun legislation, and, early on in the new millennium, I fought for victims of forced sterilization to receive compensation. I went on record decades ago in favor of gay marriage and equal pay for women. I afforded the late Darryl Hunt multiple platforms for promoting his Innocence Project. Earlier this year I helped to promote a municipal bond that will give teachers a much-needed raise. Yet let me criticize a Democratic governor for his COVID-19 phase-in plan, and all of a sudden, I am a half-wit who doesn’t care if people die.

Even in the most difficult of times, thoughtful, civilized people should be able to agree to disagree on issues without threatening one another, or name calling.

The problem is that issues are not necessarily the problem. University of Maryland professor Dr. Lilliana Mason conducted a study in 2018 in which she examined issue-based ideology vs. identity-based ideology. In September of that year, she revealed her findings in an issue of Psychology Today, saying that, “by far the more potent predictor of social distance was identity-based ideology, that is, how we identify ourselves as liberals or conservatives, and not where we stand on the issues.” Her research reinforced what many of us already knew, that rampant partisanship is driving public policy and public discourse.

The late Sen. John McCain once said, “We weaken our greatness when we confuse our patriotism with tribal rivalries.”

Unfortunately, most Americans seem to be ignoring his warning. Yes, Donald Trump is the poster boy for divisive speech, and it’s bad enough when his right wing followers mimic his bad behavior. But I am more concerned about the angry rhetoric coming from highly educated people who say they stand for tolerance, yet have none for anyone who doesn’t agree with them 100% of the time.

Author Joanne Freeman, speaking with Judy Woodruff during a 2018 PBS special, reminded us that America experienced its first contested presidential election in 1800, during which the rhetoric was so heated that some feared it would lead to a civil war.

“Thomas Jefferson quieted the factions, saying that we are all Federalists. We are all Republicans. Let us try to stand back and unite,” Freeman said.

Clearly today, we are lacking a leader in the White House who can persuade and inspire us to cease the heated rhetoric and unite. Absent that, however, we must all as individuals strive for that ideal. Divisiveness is a highly contagious, air borne virus for which the only cure is civility.