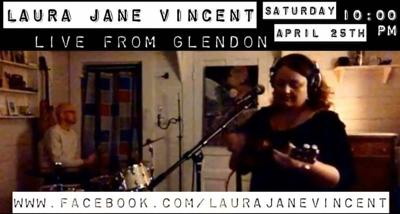 *Editor's note: Tiff and Jeff Thompson's last name was incorrectly identified in the print version of this article. It has been corrected in the online version.

Staying at home has shifted the concert landscape. Already a favorite of the singer-songwriter circles, breweries have kept the circuit flowing by spreading joy, tunes, and a six-pack or two (to-go).

“It’s important to still try and do things that bring you joy,” said Tiff and Jeff Thompson from Goofy Foot Taproom in High Point, one of a handful of breweries playing host via livestreams in lieu of the shows hosted in their taproom.

“Breweries and live music go hand in hand,” they said, “before the shutdown, we had live music booked every Saturday night until the end of the year.” For now, they’re hosting streams over Facebook. “While we’d much rather experience a show in the taproom with our customers, it’s been pretty cool to see people’s names pop up on the screen as they join the livestreams and read their comments of encouragement.”

Passion and encouragement are the bedrock. “Music has always been a passion for our business,” said Jeff Collie from Little Brother Brewing in Greensboro, “we wanted to provide some level of support, however small it may be, while also continuing musical outlets for our customers.”

With more than 5,000 followers, Little Brother hopes the streams reach beyond their taproom capacity, over Facebook and their website. “There’s a symbiotic relationship where entertainers help drive more business to taprooms while breweries expand the number of gigs available,” Collie noted. Ideally, the concept translates online—the exposure artists often work for is now two-fold, with brewers hoping take-out sales go in hand.

“We love the shows on a personal level,” he insisted, “beyond that, our audience has responded positively, and the artists have been appreciative, so it feels like a win all around.”

The personal supports echo in artists. “It’s cool that they’re opening up their pages for this,” said Ashley Virginia, a Greensboro musician who’s taken to streaming shows, with appearances scheduled on April 23 through Joymongers Brewing Co., and on May 1 via Little Brother. She’s releasing a new single on April 27, and hopes to keep hosting events to look forward to in today’s “sea of uncertainty.”

“I’ve been leaning pretty hard on music and writing to get me through this and keeping me sane,” Virginia said. “Whether it’s via livestream or a video post, it’s nice to be able to share what I’m doing with folks.” Hopes involve being mutually beneficial to both communities: the audience and her hosts.

“I’m not used to it just yet,” Virginia admitted, calling livestream gigs “brand new territory,” that brings a strange comfort: the normalcy of performing without the energy of an audience. “As we all go through this collective trauma, music and art is so important for processing, for comfort, for distraction, and for healing,” she said, “but at the very least, it’s an excuse to get dressed up and feel like a person for an hour.”

Indeed, most artists seem to feel thrown into the fire. For songstress Laura Jane Vincent, “streaming was a quick forced-jump into something I should’ve learned how to do a long time ago,” said Vincent, who recently streamed via Little Brother and Four Saints; and will host “Live from Glendon,” over her Facebook page, on April 25.

“Everyone is doing fine, no one is doing this perfect, and everyone improves with each one they do. Keep it up,” Vincent said with encouraging words and admiration for the Triad breweries hosts. “Many of them are small entrepreneurs just like me, and it’s a good match in teamwork,” she noted, “breweries get some interaction and activity on their feeds, and we benefit from the online exposure.”

While going online is key, Vincent holds adaptation as an essential learning process. “It’s been a great excuse to jump right in,” she noted of honing video skills. “I’m grateful to my producer Tom Troyer from Black Rabbit Audio, for sharing tips and tricks and helping me understand the basics I’d need to do this from home.“

Troyer also heads the band Farewell Friend and offers simple advice: “shut up and make music. Have fun, or don’t do it.”

For him, the energy of an audience still flows, just in different creative channels. “Creating is an intimate thing, and it’s much more visceral than performing a finished work,“ Troyer said. ”The energy I bring to a virtual concert is special. I’m in my own habitat where I can create.” He finds promise in reimagining tunes as viewers watch over recently streamed appearances via Four Saints, Little Brother, and FOX 8, with more scheduled Facebook streams on April 22 and 24.

Vincent agreed about the intimacy in streaming. “It’s a surprisingly vulnerable platform,” she said. “I thought performance nerves were a thing of the past, but I catch myself with some butterflies setting up for streams nowadays.”

New nerves aside, she remains optimistic. “It’s not gonna look the same when we all get back out there, but the bottom line is those who hustle and adapt and continue to learn will survive,” she said. “There’s still never a better time to be an artist for a living, and if you continue to work hard, there’s room for everybody to thrive.”

Until folks can saddle back up to the bar itself, Triad breweries will continue to be outlets for booze and tunes to thrive at home and online.

Katei Cranford is a Triad music nerd who hosts the Tuesday Tour Report on WUAG 103.1 FM.