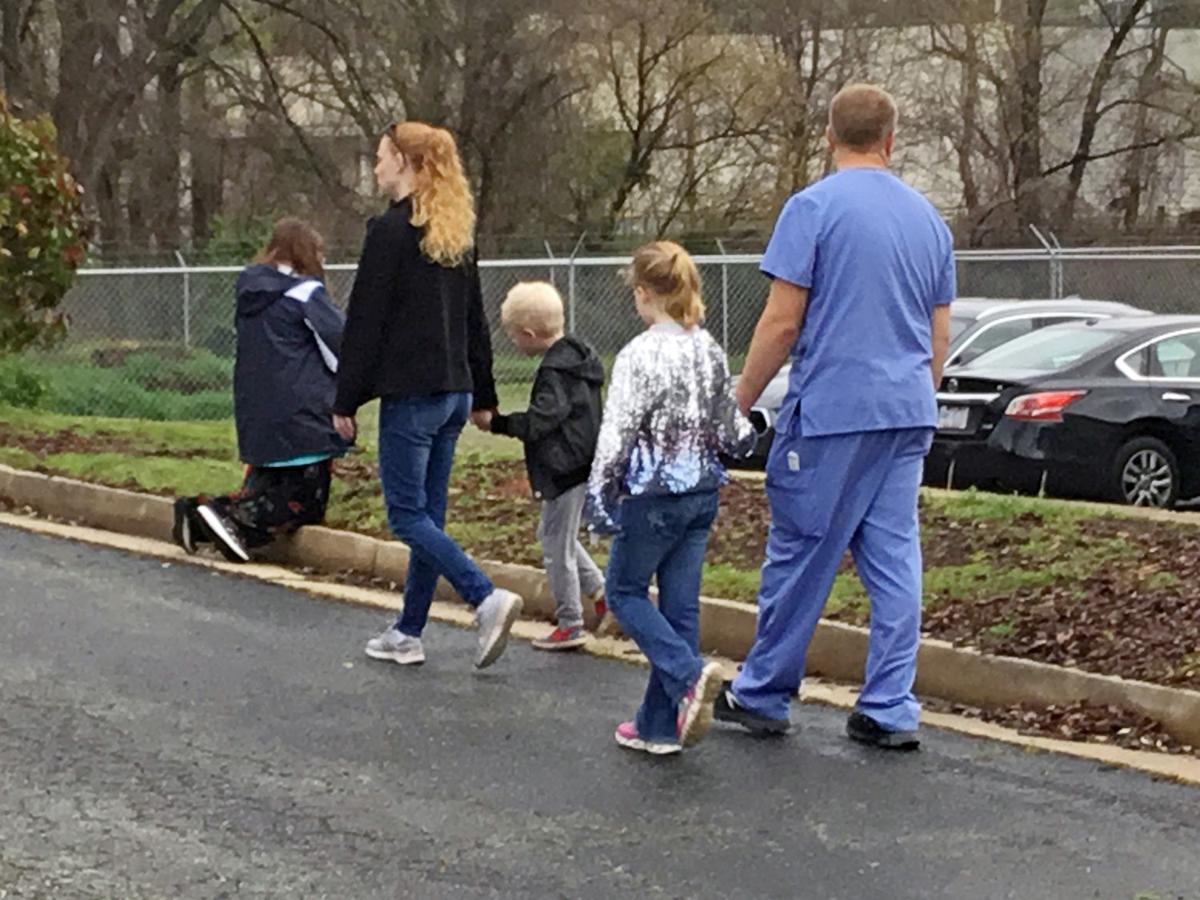 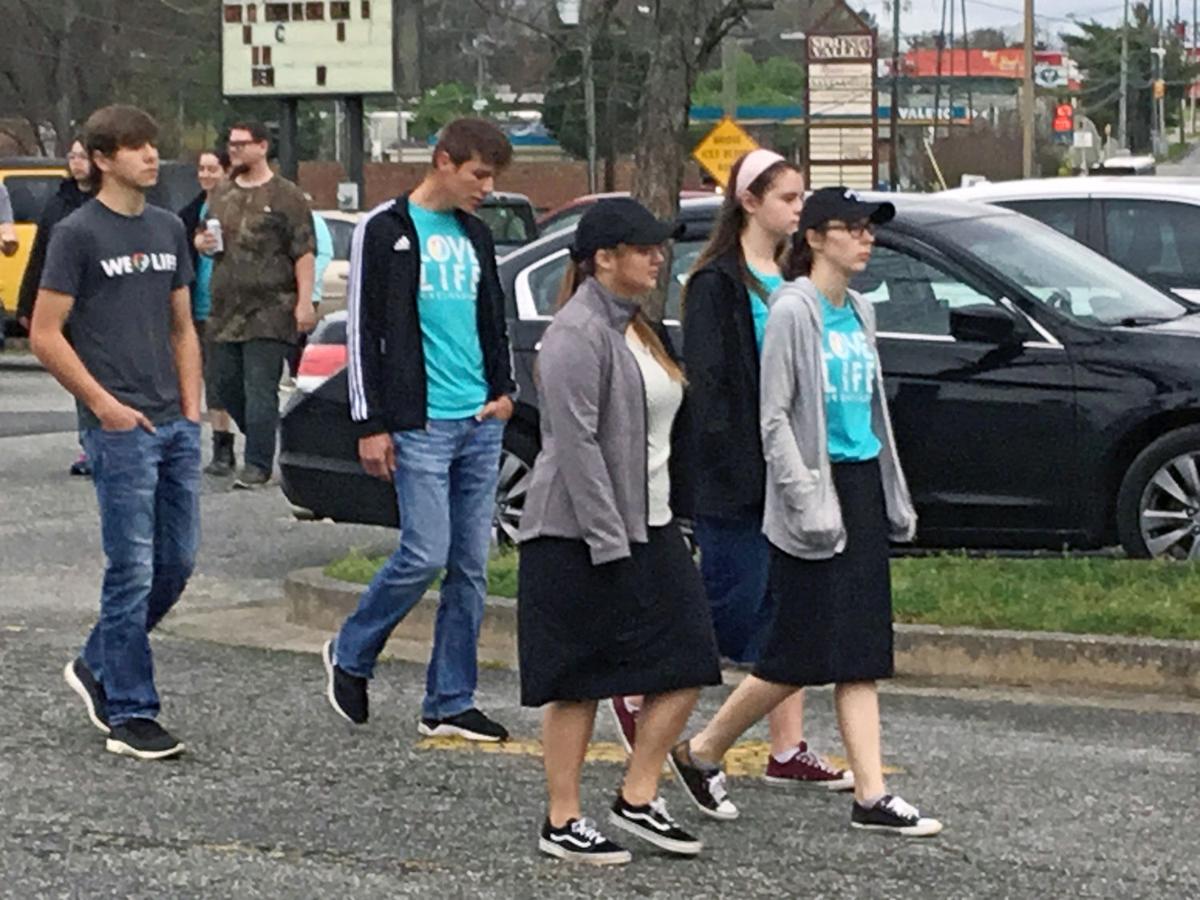 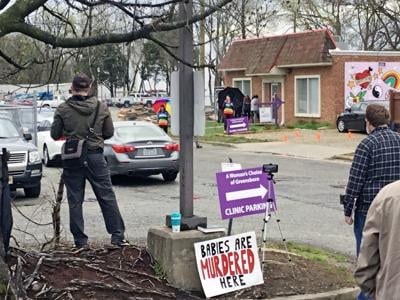 *Editor's note: As this article was going to press on Tuesday, March 24, The Guilford County Board of Commissioners voted to approve an Amended State of Emergency banning gatherings of more than 10 people. That evening, at-large city council representative Michelle Kennedy told YES! Weekly that she anticipates that the GPD will the disperse protesters if more than 10 gather outside A Woman’s Choice of Greensboro this coming Saturday.

“God decides who gets sick,” said one of the protesters trying to close Greensboro’s only remaining abortion-provider. She was responding to a question about the American Red Cross’s recommendation against gatherings of more than 10 people as a way of decreasing the spread of COVID-19.

On the morning of Saturday, March 21, 47 protesters gathered in the parking lot of Midori Express on Randleman Road. For several years now, staff and volunteers from The Pregnancy Network (formerly Greensboro Pregnancy Care Center) on Fulton Street and members of the Charlotte-based organization Love Life have been assembling in that parking lot, where they attempt to dissuade patients from entering A Woman’s Choice of Greensboro, which Midori overlooks. Both Love Life and The Pregnancy Network are faith-based advocacy groups strongly opposed to abortion.

On Saturday, many of the protesters wore teal Love Life T-shirts. As previously reported, Love Life members have been marching, praying, and singing in the restaurant’s parking lot as part of the organization’s “40 Week Journey of Hope” campaign against abortion providers in Greensboro, Charlotte, Raleigh and New York City. That lot is as close to A Woman’s Choice as the protesters are allowed to get. They have been using Midori as a staging ground for their demonstrations, often eating at the restaurant after the day’s protest ends.

“Around a hundred” protesters were there on March 14, alleged Pastor Michael Usey of College Park Baptist Church, who volunteers at A Woman’s Choice as a patient escort. Another patient escort, who asked not to be identified due to the alleged online harassment she has received from abortion opponents, said she estimated the number of protesters there on March 14 as closer to 80. “But they made no attempt at social distancing, and were often huddled together in prayer.”

Last Saturday, many of the protesters were spaced several yards apart, although some held hands and others arrived in family groups, several with small children in tow.

While observed by this writer and by five Greensboro police officers, they did not attempt to impede patient cars, as they’ve done on previous occasions. No one tried to misdirect, hang onto, or reach into the cars, as Greensboro City Council At-Large Representative Michelle Kennedy and District 5 Representative Tammi Thurm observed a protester do on Feb. 22.

In a March 21 phone conversation, Kennedy said that she was greatly disturbed by the health risks posed by the gathering, and by the presence of children.

“City council strongly supported banning public gatherings of more than 10 people, but Guilford County voted us down,” Kennedy told YES! Weekly. “The police won’t disperse them if there are less than 50.”

On Sunday, March 22, Greensboro Mayor Nancy Vaughan confirmed Kennedy’s description in a comment on this writer’s Facebook page, in which Vaughan stated,

“Yesterday, I (with agreement from Council) tried to amend our Emergency Declaration limiting crowd to no more than 10, and the County declined to allow us to amend our Declaration.”