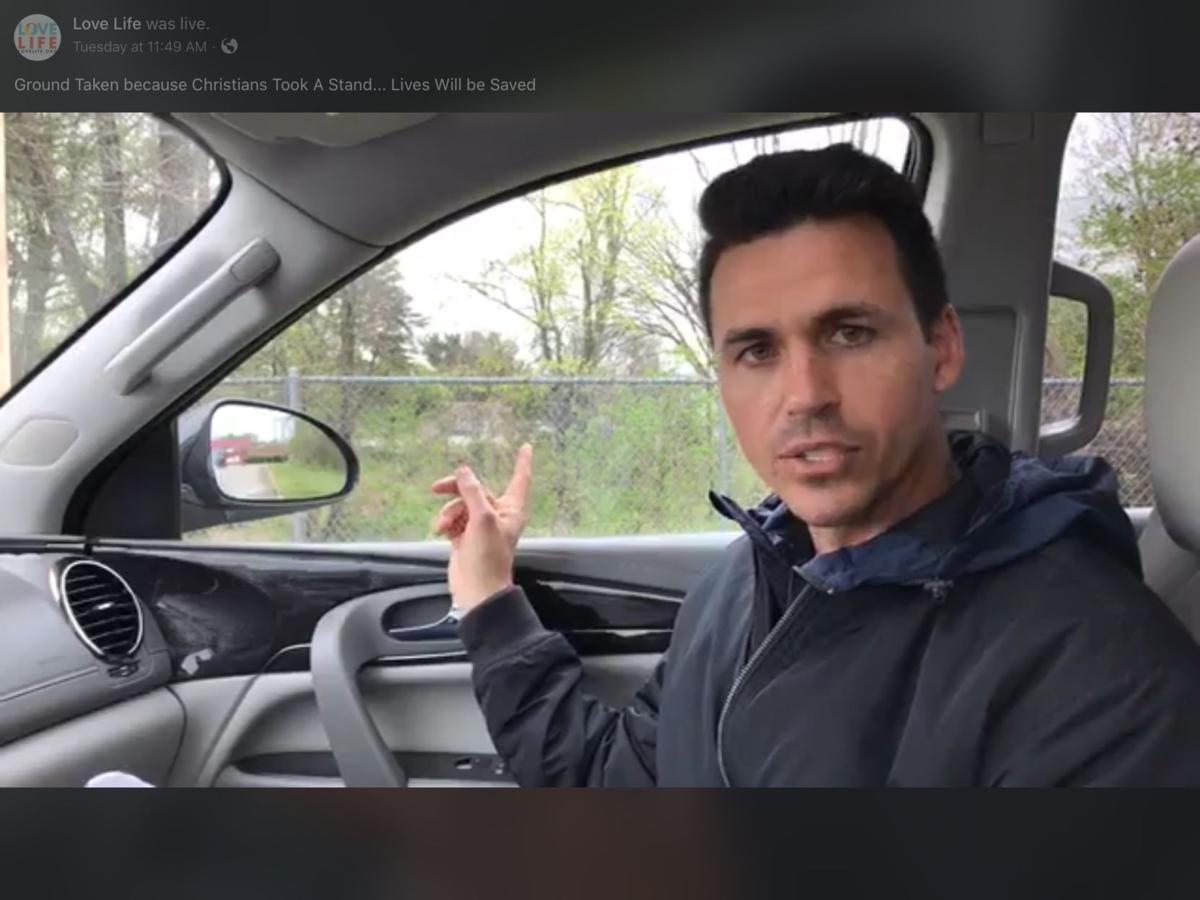 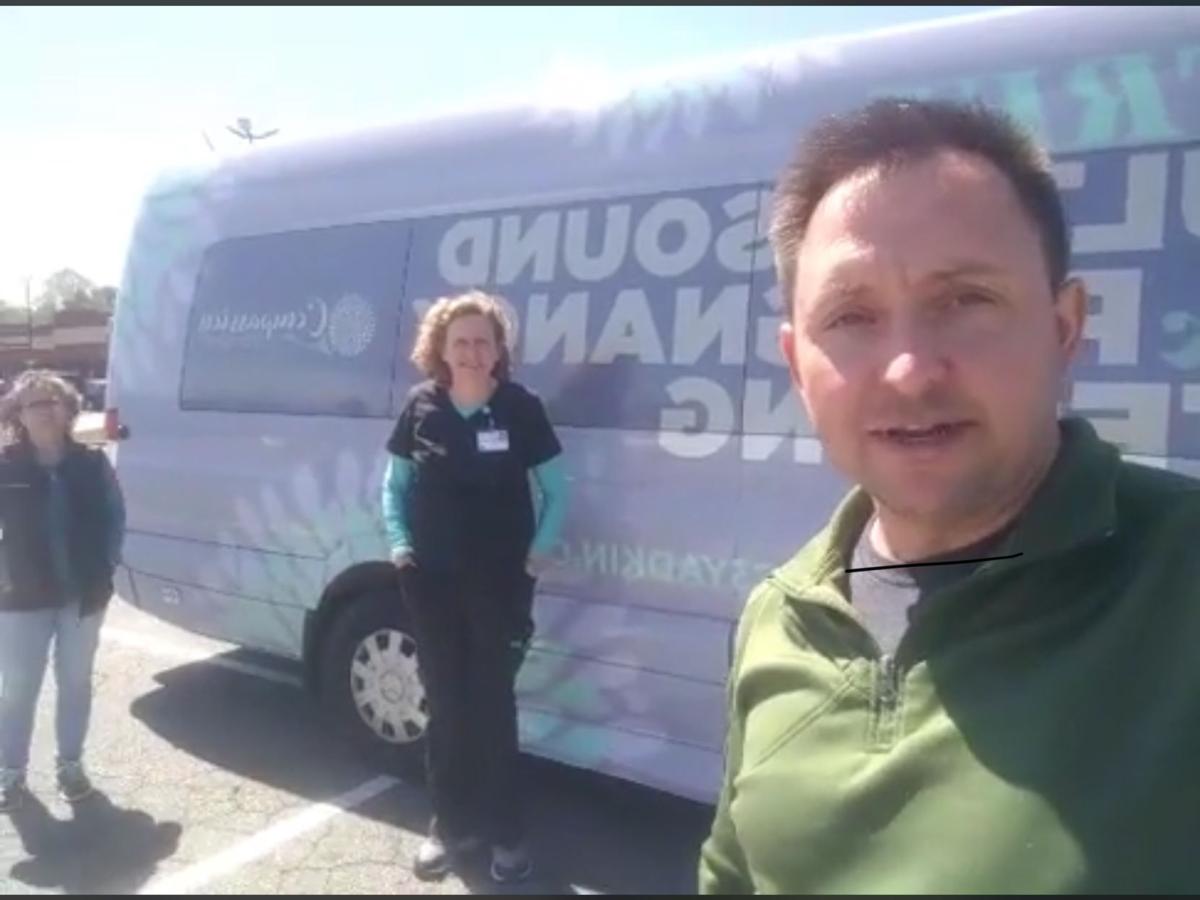 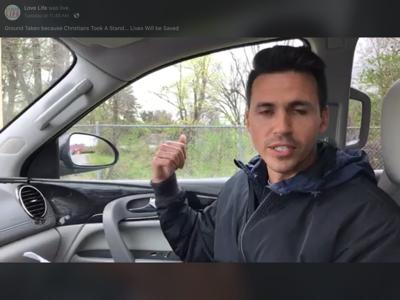 Others from Yadkinville allowed to return to abortion provider

On April 2, a conservative anti-abortion law firm filed suit in federal court against Greensboro Mayor Nancy Vaughan and Greensboro Police Department Lieutenant Dan Knott. The filing was in response to Monday’s arrest of four “prayer walkers” for violating Guilford County’s stay-at-home order when they refused to comply with Knott’s directive to leave the vicinity of A Woman’s Choice of Greensboro, the city’s only abortion provider.

The Complaint for Civil Rights Violations, Injunctive Relief, Declaratory Judgement and Damages  was filed by Stephen M. Crampton, special counsel to the Chicago-based Thomas More Society, and B. Tyler Brooks, of Legacy Law Services in Raleigh.

The Thomas More Society previously represented the controversial activist David Daleiden, a self-proclaimed “citizen journalist” currently facing trial on nine felony counts after a failed sting operation, in which he offered to buy fetal tissue from Planned Parenthood and selectively edited videos to imply the organization trafficked in “baby parts.” In Burwell vs. Hobby Lobby, TMS attorneys equated birth control with abortion, arguing that the ACA mandate that employees receive birth control coverage at no additional cost was not only unconstitutional but required Hobby Lobby to “cooperate in the destruction of human life” even when the services provided were contraceptives.

Thursday’s complaint seeks an injunction prohibiting “enforcement of the Stay Home Order” against Plaintiffs Paul Nisley, Josiah Chavez, David Troyer, and his daughter, Jolene Troyer. All are residents of Mocksville and described as supporters of the Charlotte-based anti-abortion advocacy group Love Life.

On Monday, Reeder, Oesterreich, and Burner returned and were arrested again, along with Nisley, Chavez and the Troyers. All were charged with violating the stay-at-home order, as well as “Resist Delay and Obstruct a Public Officer.”

However, Reeder, Oesterreich, Burner, and Ubinas are not named as Plaintiffs in the complaint.

On Tuesday, March 31, Love Life founder Reeder returned to Greensboro and live-streamed two speeches on Facebook: one time-stamped 11:49 a.m. and one at 12:11 p.m.

Although one of the live streams is titled “Prayer at Abortion Center,” Reeder isn’t actually near A Woman’s Choice in either video. Instead, he acknowledged that he was broadcasting from the parking lot of New Destiny Christian Center at 2401 Randleman Rd., which is 354 yards and across a bridge from the clinic at 2425 Randleman Rd.

In the video, Reeder stated Greensboro officials “made adjustments to the ordinance” to allow “the sidewalk team to be out there with their mobile unit.”

On Thursday, Greensboro assistant city manager Trey Davis, told YES! Weekly the ordinance had been amended to allow Love Life members “to gather for the purposes of video recording to live-stream a religious service.” Davis also said, “their van is allowed to provide what has been articulated as medical services.” Once the lawsuit was announced, Davis said he couldn’t comment further.

Davis’s use of “they” appeared to apply to two different parties. The persons allowed to record and live-stream “a religious service” were permitted to do so in the New Destiny parking lot, but not in the lot adjacent to A Woman’s Choice.

Reeder confirmed this in his video, stating that he was not allowed to cross the bridge to the lot overlooking the clinic. “No one is allowed to go over there [from the New Destiny Christian Center lot] and do that, or else they will be arrested.”

Reeder offered a variety of Biblical citations as explanations for why his followers should defy the stay-at-home order to do “prayer walks.”

“We must follow these commands whatever the cost,” he said, while repeatedly praising “Christians who are willing to give up their lives to save the unborn.”

The “mobile unit” was not from Love Life, but their allies from New Hope Pregnancy Care in Yadkinville.

Like the Pregnancy Network (formerly, Greensboro Pregnancy Care) on Fulton Street, New Hope Pregnancy Care is a CPC, or Crisis Pregnancy Center, a faith-based advocacy group opposed to abortion that offers limited ultrasounds. As previously reported, these ultrasounds do not meet North Carolina’s legal requirement that any woman seeking an abortion must first view one, as that law mandates the ultrasound be done by the abortion provider.

“We have been able to get information into about 40% of people’s hands that have come in here,” said Doolittle in the broadcast from the mobile unit.

He named the physician on duty at A Woman’s Choice and alleged that they were “an abortionist that flies in from up in Massachusetts.” He also said that his team observed, “a woman that we believe is a city employee who has some kind of relationship. We’ve seen her here many times talking with an employee of the abortionist.”

Doolittle complained that “people who want to exercise their right to worship in a public space” in Greensboro “cannot do it near an abortionist for some reason.”

He and the two women claim that they have seen “women come out barely able to walk, being supported by other people as they leave, people come vomiting, dropping to their knees in the grass, getting zero attention from the folks here.”

While observing outside A Woman’s Choice regularly since November, YES! Weekly has never seen anything like what Doolittle and the two women described.

In a subsequent Facebook video posted on Thursday at 1:36 p.m., Doolittle turned the camera on a woman he identified as “Stacey,” who described the young women she had allegedly induced to enter the van “as pretty vulnerable.” She also praised God for “removing” the clinic’s usual escorts. As previously reported, the clinic’s volunteer escorts had agreed to stay at home and abide by the edict after being assured that anti-abortion advocates would not be allowed near the clinic or its patients.

“If the escorts had been there today, we would not have gotten the literature into people’s hands,” Stacey said.

On Thursday night, Mayor Nancy Vaughan said she could not comment on the specifics of the suit against her and Lt. Knott, but she gave YES! Weekly the following statement:

“I haven’t had a chance to analyze the lawsuit. We are living in difficult times with a world-wide health pandemic. We are trying to balance the health and well-being of our entire community and observe constitutionally-protected rights. It is a countywide stay-at-home order asking people to restrict travel, not speech.”