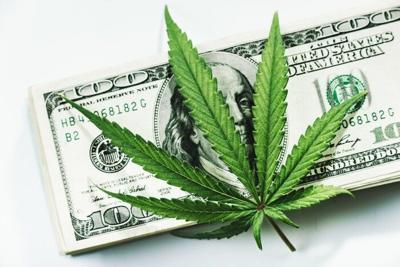 Washington, DC: Those who hold investments in cannabis-related stocks or businesses may be ineligible to receive a security clearance from the federal government, according to guidance provided by the White House and reported by Politico.

A document shared with the news agency states: “Eligibility may be negatively impacted if an individual knowingly and directly invests in stocks or business ventures that specifically pertain to marijuana growers and retailers. Decisions to willfully invest in such activity could reflect questionable judgment and an unwillingness to comply with laws, rules, and regulations.”

Responding to Politico’s reporting, NORML’s Political Director Morgan Fox said: “It makes no sense to limit the talent pool that is eligible for security clearances just because some of these applicants may have invested in legal cannabis businesses at home and abroad. A growing number of US states and nations are regulating cannabis for medical or adult-use and need private investment in these industries to help bolster their economies. The White House’s outdated, exclusionary policy is inconsistent with the rapidly changing legal landscape around cannabis in the U.S. and globally, and unnecessarily limits access to capital that small cannabis businesses desperately need.”

Last year, the White House received criticism for firing several federal staffers for their past use of marijuana. Those firings came just weeks after the Office of Personnel Management issued updated guidance indicating that federal agencies should not automatically disqualify applicants from federal service solely because of their past use of either cannabis or other controlled substances. In recent months, other federal agencies, like the FBI, have also indicated that past marijuana use is not necessarily a disqualifying factor for applicants.

More recently, marijuana policy reform advocates, including NORML, have criticized the administration for failing to fulfill campaign promises to issue pardons to non-violent marijuana offenders and expunge their records, as well as other cannabis-related campaign pledges.

According to a January 2022 poll, most voters do not believe that President Joe Biden will follow through on his campaign promises to reform federal marijuana laws.

Find out more at norml.org and read our Fact Sheets on the most common misconceptions and myths regarding reform efforts around the country