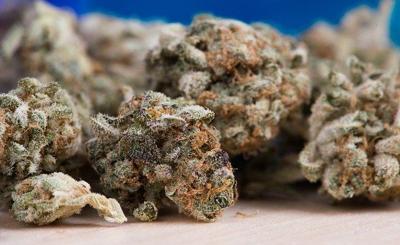 Young adults residing near marijuana retailers are no more likely to express an intention to use either cannabis or tobacco than are those who do not, according to data published in The Journal of Cannabis Research.

Commenting on the study’s conclusions, NORML’s Deputy Director Paul Armentano said: “Policymakers typically express concerns that allowing licensed marijuana retailers in their localities will inadvertently lead to an increased interest in cannabis by young people. These findings should allay these fears.”

Researchers with the RAND Corporation and with the University of Southern California assessed the relationship between the density of marijuana retailers and subjects’ intentions to use either cannabis or tobacco in a cohort of young adults (ages 18 to 23) living in Los Angeles county.

Authors reported, “Living near more outlets of any type was not significantly associated with intentions to use in the full sample, adjusting for individual- and neighborhood-level characteristics.”

They concluded: “This is the first study to simultaneously examine the density of both MCDs [medical cannabis dispensaries] and RCRs [recreational cannabis retailers] around young adults’ homes and associations with future intentions to use cannabis, including the co-use of cannabis with tobacco/nicotine. Our results suggest that young adults who lived in an area with a greater density of any type of outlet were not significantly more likely to report stronger intentions to use cannabis, e-cigarettes, or cannabis mixed with tobacco/nicotine in the future.”

Their findings are consistent with those of prior studies similarly concluding that the prevalence of cannabis retailers is not positively associated with increases in either marijuana use or access among younger people.

Armentano added: “Prior studies have consistently shown that cannabis retailers are good neighbors. The presence of these facilities does not adversely impact local crime rates or housing values. Proprietors consistently check ID and do not service underage patrons. Local policymakers should welcome the opportunity to displace the illicit cannabis market in their communities with a transparent, regulated, above-ground, licit marketplace.”

Full text of the study, “Density of medical and recreational cannabis outlets: racial/ethnic differences in the association with young adult intentions to use cannabis, e-cigarettes, and cannabis mixed with tobacco/nicotine,” appears in The Journal of Cannabis Research. Additional information is available in the NORML factsheet, “Societal Impact of Cannabis Dispensaries/Retailers.”

Find out more at norml.org and read our Fact Sheets on the most common misconceptions and myths regarding reform efforts around the country.