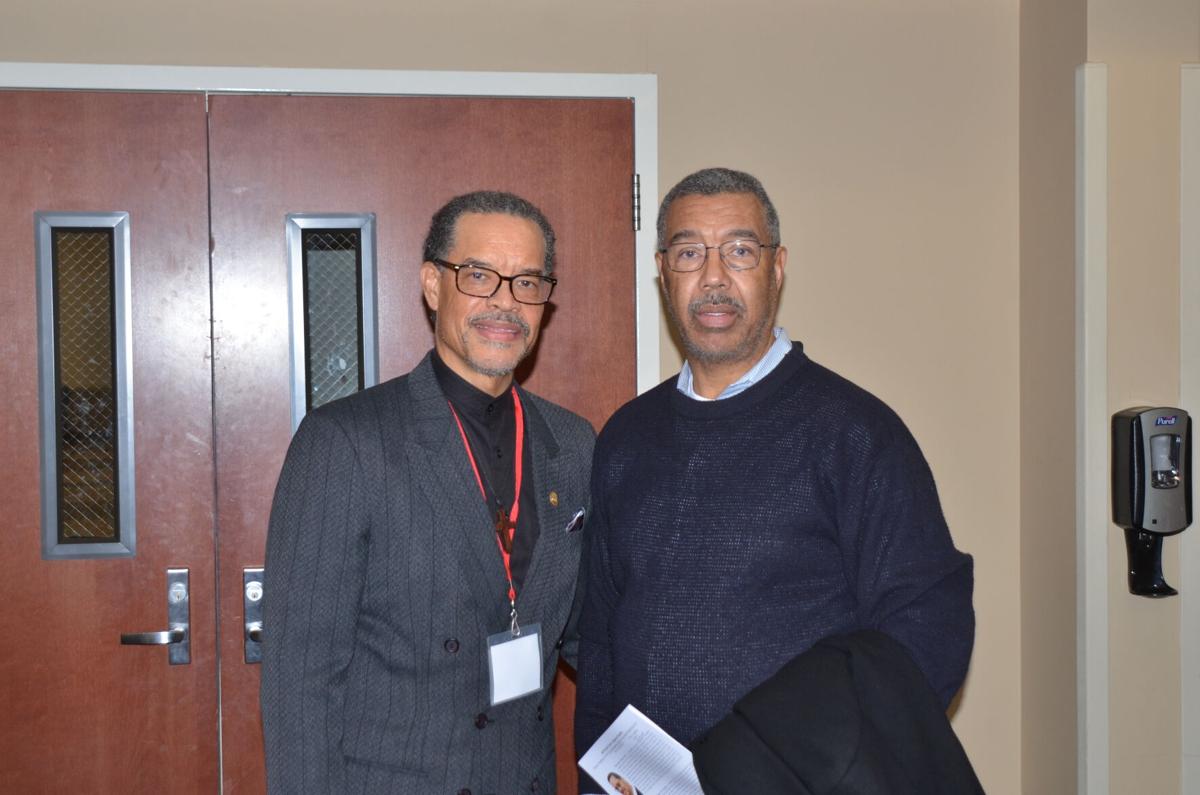 Rev. Willard Bass (at left) and Rev. Gary Williams, the co-founders and co-directors of the SHARE Cooperative 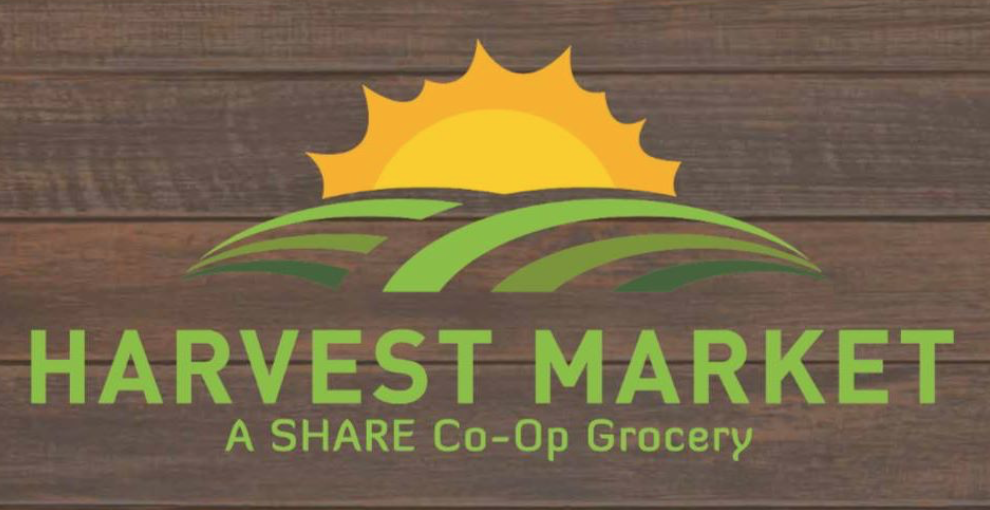 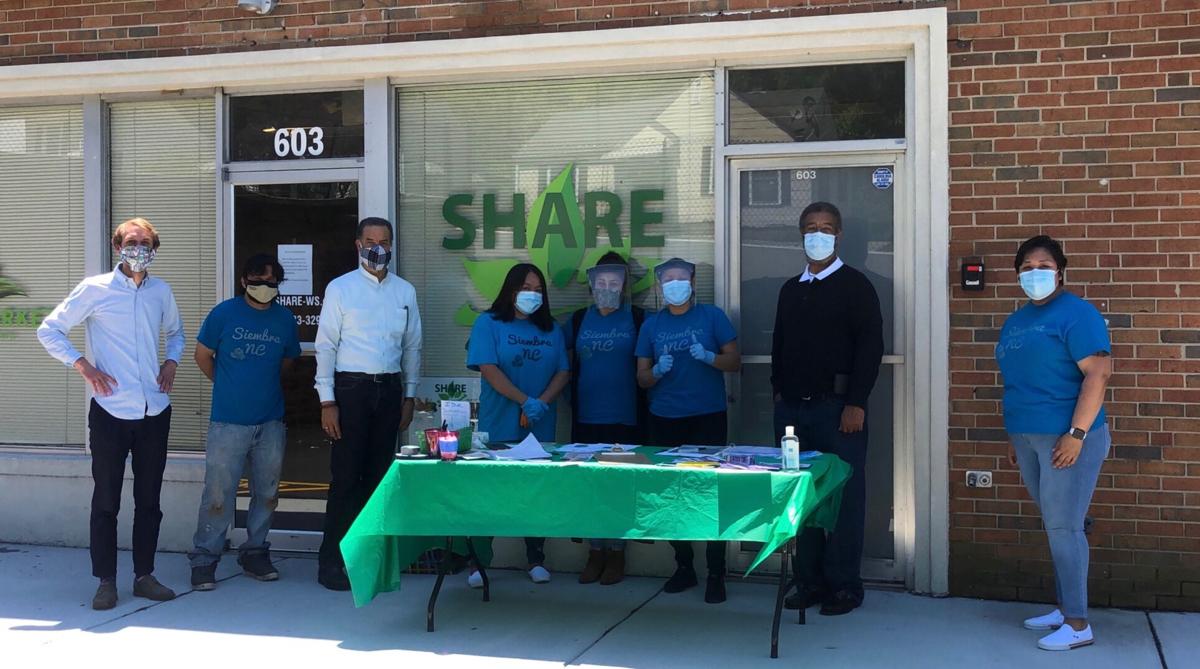 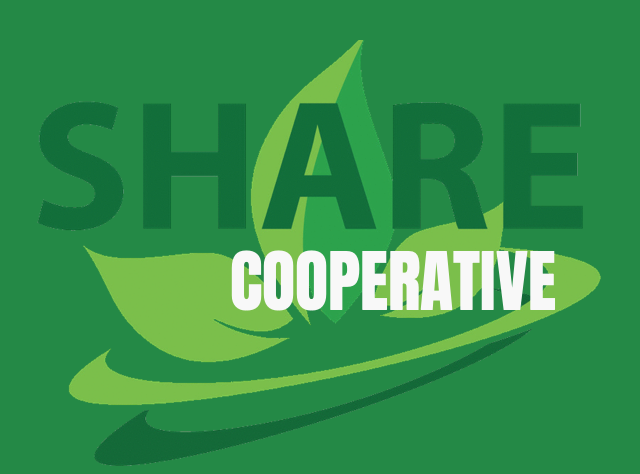 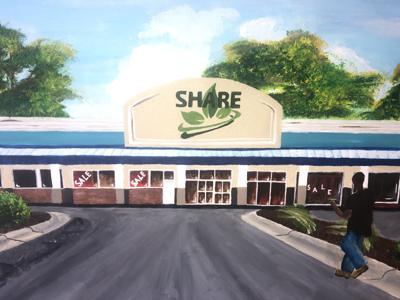 Rev. Willard Bass (at left) and Rev. Gary Williams, the co-founders and co-directors of the SHARE Cooperative

Rev. Willard Bass and Rev. Gary Williams are co-directors/founders of the SHARE Cooperative, and its motto is “Supplying Honest And Respectful Engagement.” For the past four years, they have been trying to practice what they preach and feed the hungry by opening a grocery store in one of Winston-Salem’s many food deserts. Doing this would provide access to healthy food. The project is closer than ever before, but they still need about $300,000 from the City of Winston-Salem to make it a reality.

The SHARE Cooperative’s plan is to open a full-service grocery store called the Harvest Market and use its profits to help feed those who are living in poverty— all while engaging the community in activism and advocacy with monthly workshops and classes.

“We see [the co-op] as an opportunity to bring diverse folks together,” Williams said. “There are food-insecure folks, and there is no reason for that to be, especially in Winston-Salem, where we have an abundance of assets.”

“What we want to do is provide access,” Williams added. “There are parts of our community that simply just don’t have access, and it’s no fault of theirs. It’s just that large food distributors have decided that area is not profitable enough to actually open a store over there. Their business is to make profits. Counter to that, we realize there is a problem, so as a community, we are bringing our assets together to eliminate that issue.”

“[Food insecurity] spirals into other issues,” Bass said. “Like if you are a hungry kid, you can’t focus in school—25% of our kids in Forsyth County are food insecure. All of these issues compound on each other and make it so that we need more healthy food in a place like where we are setting up our cooperative.”

Bass and Williams said that the first Harvest Market would be located in an  8,700 square-foot site within the West Salem Shopping Center, off Peters Creek Parkway and Academy Street, and it would be a model to prove that their co-op model would work.

Peter Schlachte, a Wake Forest graduate and an AmeriCorp Vista with the SHARE Cooperative, said the co-op model is community-centered and would provide the member-owners with a voice in decisions at the co-op.

“Everyone is on an equal playing field because [member-owners] get a single vote in cooperative matters regardless of how much money they have,” Schlachte said. “It gives a lot of voice to local community members, but it also ensures everyone has an equal say for that voice.”

Bass explained that the SHARE Cooperative is a nonprofit, and through the co-op model, the profits, or overages, would be reinvested in the community and go toward subsidizing people who can’t afford groceries.

“Now, that is different from a Food Lion or Aldi,” Williams said. “They make a profit, and then they take that money out of our community and back to their own headquarters.”

Bass and Williams said that they were both called on by God to pursue this endeavor.

“I’ve really had it in my heart the question of ‘how to be an authentic community?’— I’ve always been wrestling with that,” Bass said.  “It’s even stronger now because where we are in our nation and communities. We need to have this place where we can begin to be an authentic community. Martin Luther King Jr. talked about ‘the Beloved Community,’ and we have been hard-fast to have a place like that. My commitment is to pursue that. God has called me, and this team around us. I’ve been called to do it, and I gotta do it.”

“I came to this area approximately five years ago to retire, to do nothing—I bought a rocking chair and started rocking,” Williams said. “But then, I heard and discovered the needs. I have been blessed, so I couldn’t just sit and do nothing. ‘To whom much is given, much will be required.’ God had a calling on my life, and God has said to me, ‘often you need to do a little bit more.’ The reason that appeals to me is because God has abundantly blessed me, and he continues to bless. And I try to witness this to the folk that is there; we have been stuck a few times, but then God has shown favor and sent grace to overcome those things. So, how could I just sit in a rocking chair and do nothing?”

Even though Bass and Williams said they were called on by the Divine to bring The Harvest Market to fruition, it doesn’t mean this process has been easy— enter the COVID-19 pandemic.

“To me, it was a blessing and a curse,” Bass said of COVID-19. “We had a schedule that we were on, and then when COVID hit, it put all that on hold.”

“We pivoted and regrouped,” Williams added. “There were certain benefits from that as well—the benefit that we got was to continue to [improve] the infrastructure of the building.”

“The other side of that, with COVID hitting, it made people become aware of the disparities that have existed, not only in our nation but locally,” Bass added. “More people have been coming forward, offering to help and get involved.”

Williams said the pandemic also benefited SHARE because social distancing created a need that The Harvest Market could to fill. Thus, the implementation of the Harvest Market’s WebCart, an e-commerce site to order groceries online for curbside pick up at 663 Peters Creek Pkwy., which Bass said would go live on Sept. 21. According to the website, the brick-and-mortar would open in December 2020.

Looking to the future, Bass and Williams said after the first location of The Harvest Market is up and running, they would be planning for the second location—and they have their eyes set on the area with the most food deserts in the city, East Winston.

Williams said that they are looking at buying 38 acres of property to redevelop, the benefits of which would be economic development. Williams noted that the flagship Harvest Market would create 34 jobs, and he anticipates that those job opportunities would triple at the East Winston location.

Member-owners pay an initial $100 membership fee, and there is a corporate membership option, which is $250. Senior citizens, students and those on government assistance can also become member-owners as well, but at a discounted rate of $75.

Bass and Williams explained that member-owners would have access to exclusive discounts, training/classes and would be able to vote on future decisions of the co-op. Bass said there are already over 400 member-owners signed up  with the SHARE Cooperative.

Bass and Williams said their goal is $2.3 million to open the store, and they are very close, but still need about $300,000 to reach that goal—which will depend on the Winston-Salem City Council voting in favor of supporting this endeavor.

Bass and Williams expect the council to vote on whether they will approve the funds they need to open the first Harvest Market during the next council meeting on Monday, Sept. 21.