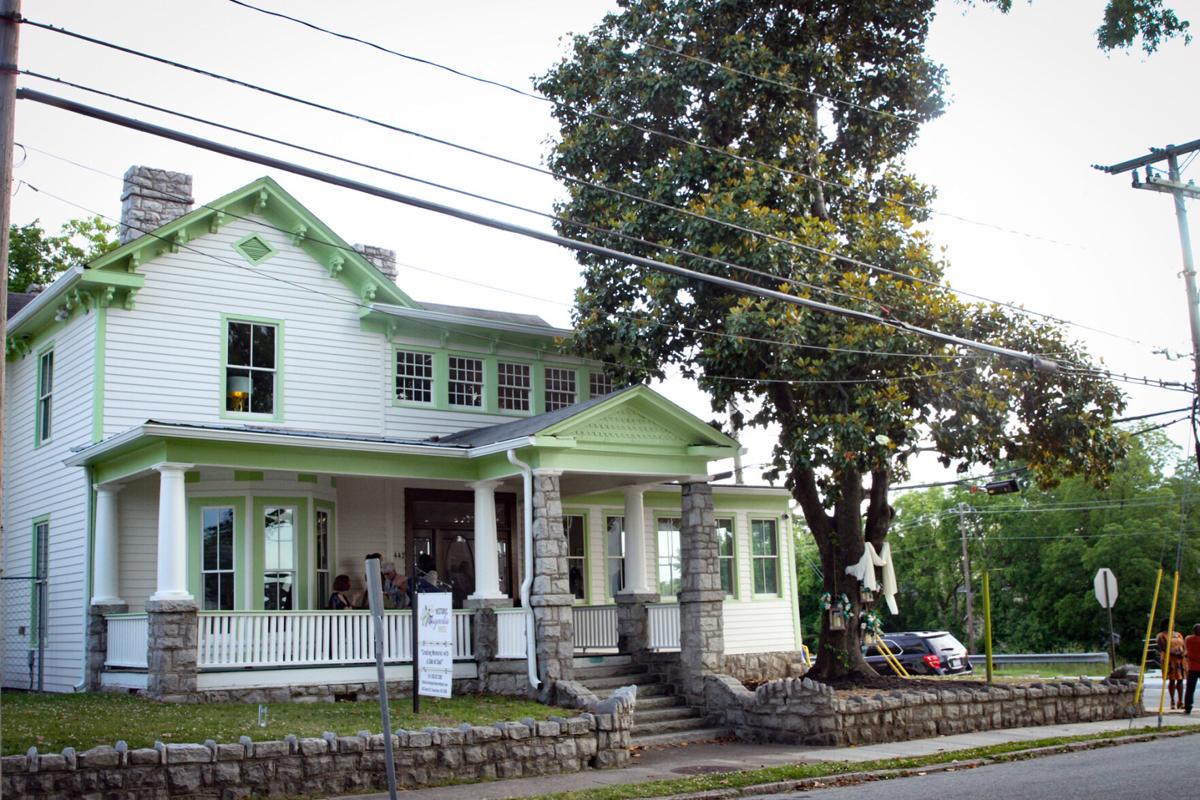 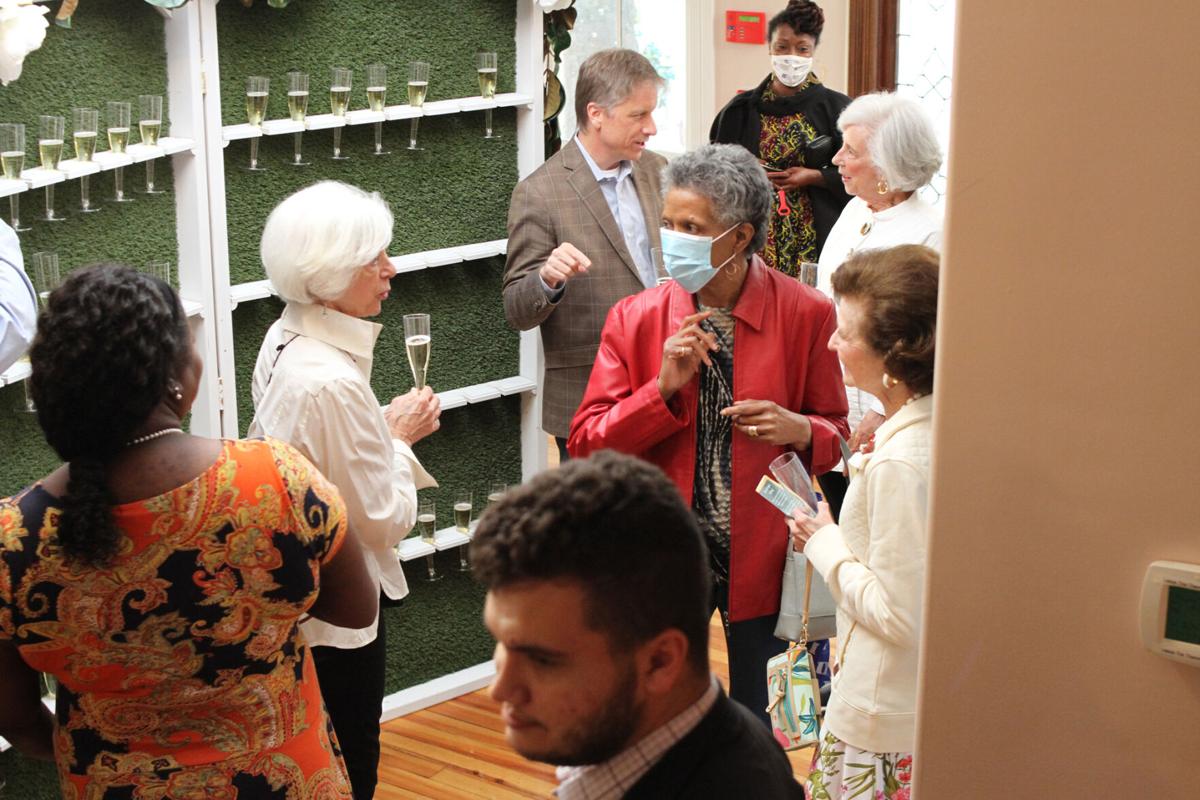 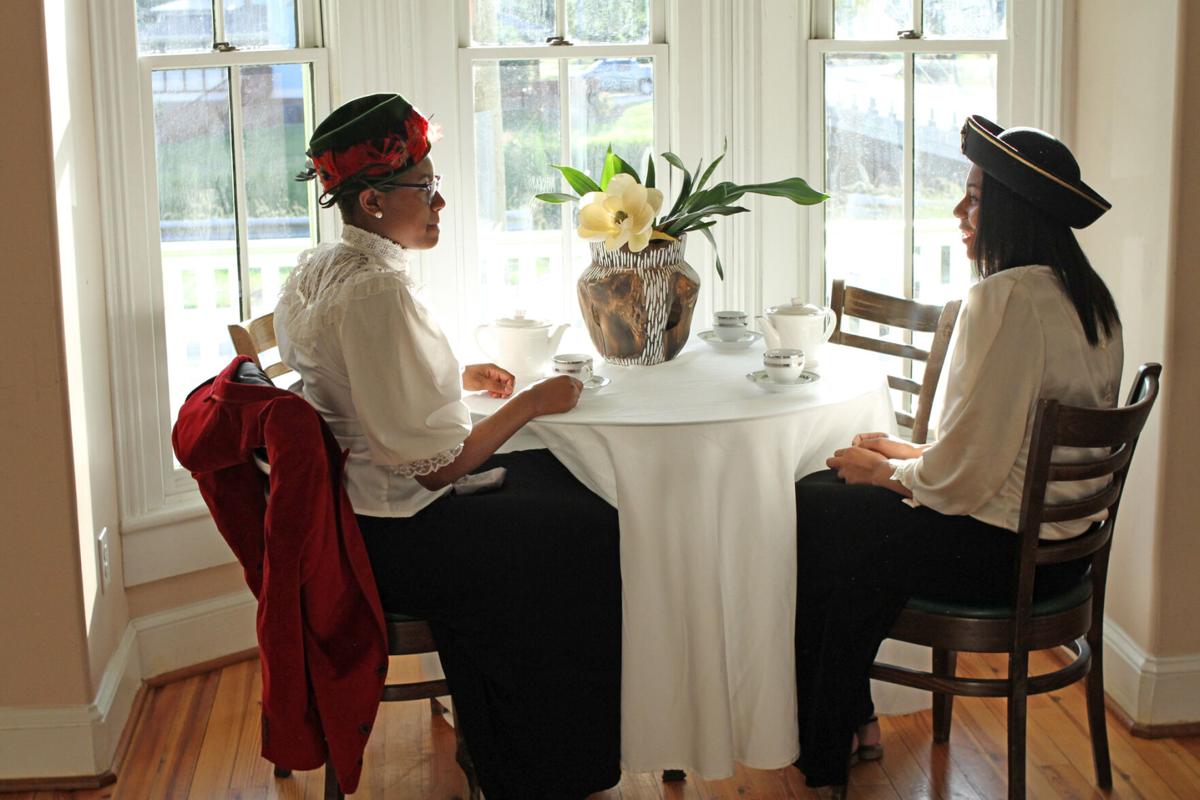 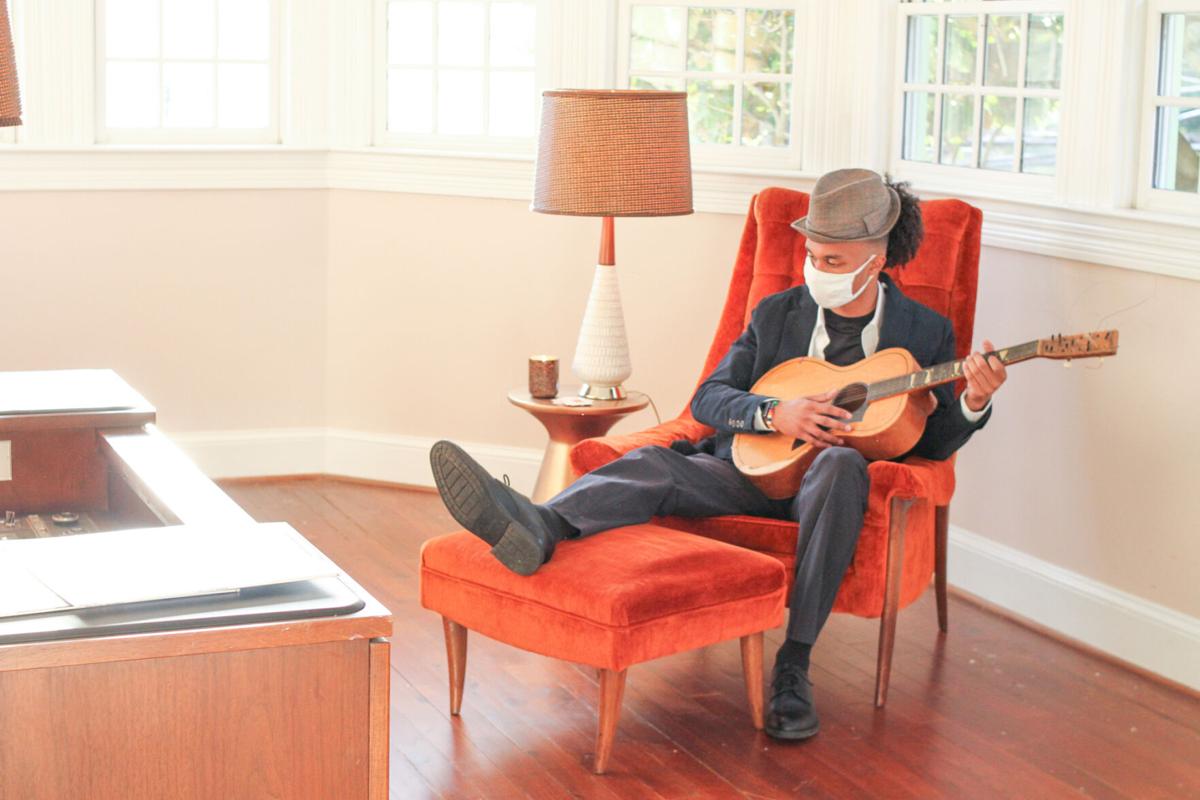 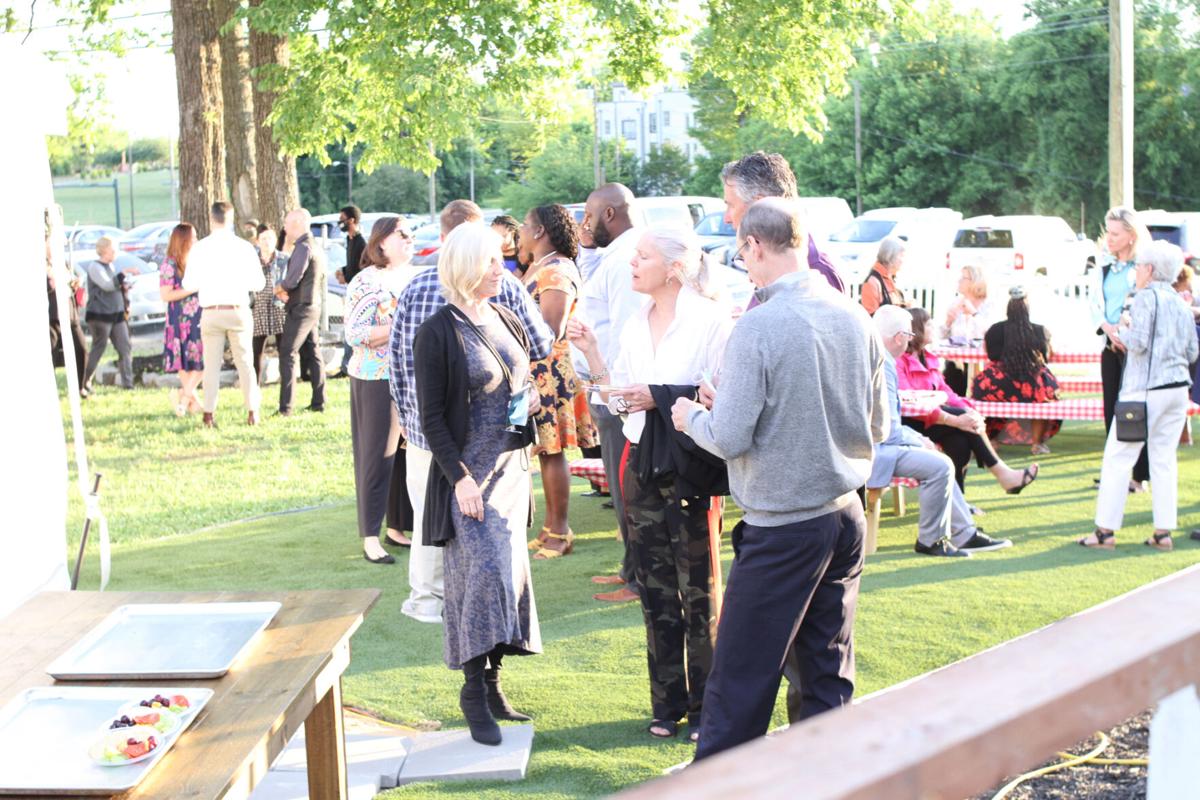 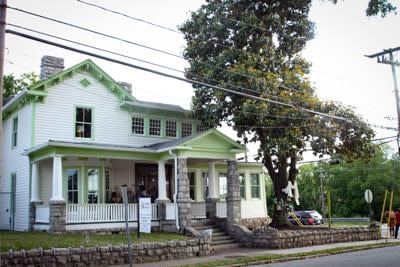 With history as deep as the roots of its front-yard namesake, the green and white late 40s style home on the corner of Gorrell Street and Murrow Boulevard that has bloomed into the Historic Magnolia House will return to its roots.

On Friday, May 14 and Saturday, May 15, the Magnolia House Foundation, Inc. held its Jazz Up the Magnolia event. The event was designed to give attendees an opportunity to view and donate to the Historic Magnolia House Restoration project of returning the home to its former function as an inn for overnight guests, as well as continuing to utilize the space as a community and education hub.

“What we are in the business of doing is not only saving these sites from being demolished and forgotten about and not shared with the community and future generations, but we also replicate their exact structure and function,” said Natalie Pass Miller, owner, and CEO of The Historic Magnolia House. “We are fundraising tonight to open up the next leg of its existence which is the hotel. Once we have the hotel open, we will have the restaurant open, the private event space open, and we will be a 100 percent replica of the 1949 Green Book site.”

According to organizers, the two-day event’s $100,000 fundraising goal covers the costs of repairs, restorations, and furnishings needed to launch the replicated 1949 Green Book Hotel. The event offered a vision of The Magnolia House Boutique Hotel with color and pattern swatches and design renderings for the rooms by local designers Gina Hicks and Laura Mensch of Vivid Interiors.

Pass-Miller said that renovating the rooms upstairs is “really keeping alive the soul of the house.”

While downstairs will stay true to its neutral cream and variety of green colors, the second floor will get a splash of personality. Kind of an “if these walls could talk” deal, according to Hicks, though the client did suggest she watch a film to help her achieve the vision created.

“Throughout the house, you’ll notice, Natalie asked us to incorporate some mid-century pieces in every space because that’s from the time period that people did stay here,” she said. “She actually had us watch a movie called Sylvie’s Love. An amazing movie with beautiful cinematography and a beautiful set design. So that’s where the deep, bold colors came from in all of the spaces.”

Each of the five rooms has a theme surrounding the previous personalities or professions of the home’s previous patrons. There’s a sunroom that gives you the perfect view of the magnolia tree in the front yard, the Queens of Rhythm and Rock as an ode to Tina Turner and Ruth Brown, a Writers and Legends themed room, and the Kind of Blue room, an ode to Miles Davis and Louis Armstrong.

For Hicks, coming up with a design wasn’t hard, especially with furniture being donated by companies associated with High Point’s Furniture Market.

“There’s so much history and inspiration to pull from that it was already here. We just had to do a little digging to find it. What we’re trying to do is tie the age of the house, which was from the early 1900s, to when it was used as a Green Book hotel, so the 50s and 60s, to now. So it’s almost like a living museum. That’s what we’re going for,” Hicks said.

“We’ve worked hard in terms of building a relationship with the community, which was important because a lot of people didn’t know that we existed. They didn’t know the history,” Pass-Miller said. “It’s important to share and educate them about our goals because that gives the community an opportunity to make a decision of whether they want to engage and be a part of that movement.”

“Let’s take a minute and talk about the Gist family and how they were really pivotal in the Civil Rights era and black history in the Triad. It was very bold of them, but they were one of many that took that risk to create what I call the “little things.” Creating a safe place for you to be able to lay your head as you’re traveling through town,” Pass-Miller said, shaking her head for emphasis. “If you think about it, you’re saying it’s not safe back then for us to get in the car and just drive down the road? Heaven forbid you’re in a sundown town or don’t have a safe place to eat. I think it was very bold. I think it spoke to their character, and based on the research and based on what I’m learning, I wouldn’t have expected anything less.”

Beyond the famous, the home was also where many families of college students attending Bennett College and North Carolina A&T State University stayed. A blessing for many, according to Pass-Miller.

“When you have black families coming to see their kids off to college - knowing that the parents have a safe place to stay while they’re seeing their kids off in an already stressful time is a wonderful thing.”

Currently listed on the National Register of Historic Places and in the South Greensboro National Register Historic District, the home has remained a place for wedding celebrations and other formal gatherings and events. They also offer a smooth jazz brunch and lunch Thursday thru Saturday.

Reaching in its past to develop its future, the Magnolia house kicked off its Shoebox Lunch during the COVID season, offering lunches to patrons with a side of history.

According to its website, during the time of Jim Crow, African American travelers frequently carried shoebox lunches as a means of staying safe when a Green Book site was not readily available or few and far between. To keep their families safe, African American women prepared shoebox meals - meals frequently packaged in shoeboxes that held foods that were less likely to spoil or require utensils. Traditionally those meals would include fried chicken, boiled or deviled eggs, fruit, vegetables, and pound cake.

Fast-forward and Magnolia has offered an updated version symbolizing the ingenuity and creativity used during a time of segregation and black resistance. Each lunch purchased from the Magnolia House through takeout or delivery will come packaged in a signature shoebox filled with historical information.

The ultimate goal is to reopen The Magnolia House Boutique Hotel in the fall of this year. A goal that Pass-Miller’s father, Samuel Pass, who restored the home, and herself have been waiting on for quite some time.

“When my dad restored it, he restored it from the 1949 Green Book Hotel. He was very intentional in terms of his vision for what this work was to be,” she said.

It is a vision rooted in love and blossoming from the hard work and dedication of a father, daughter, and community.