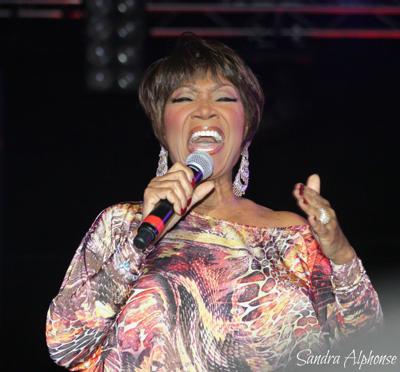 (GREENSBORO, NC) – Due to the COVID-19 outbreak, the Patti LaBelle concert at the Steven Tanger Center for the Performing Arts has been rescheduled for Saturday, August 15, 2020.

Previously purchased tickets for original performance date (Apr. 17) will be honored at the rescheduled date. Tickets for the August 15 concert are on sale now at Ticketmaster.com.

One of contemporary music’s living legends, LaBelle, is a Grammy Award winning American singer, author and actress who has spent over 50 years in the music industry.

LaBelle spent 16 years as lead singer of Patti LaBelle and the Bluebelles, who changed their name to Labelle in the early 1970s and released the iconic disco song, "Lady Marmalade". LaBelle’s solo career includes the hits "On My Own", "If You Asked Me To", "Stir It Up," and "New Attitude” and R&B ballads such as "You Are My Friend", "If Only You Knew" and "Love, Need and Want You".

LaBelle has sold over 50 million records worldwide and has been inducted into the Grammy Hall of Fame, the Hollywood Walk of Fame, the Apollo Hall of Fame and was included on Rolling Stone’s list of ‘100 Greatest Singers’.