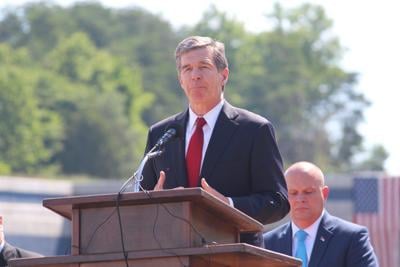 “State resources should not be used as a campaign piggy bank," said NCGOP Press Secretary Tim Wigginton. "Governor Cooper’s blatant use of state funds and resources to turn his official press conferences into a campaign operation must stop. Cooper is breaching the public trust and violating our First Amendment principles by stifling unfriendly press inquiries about his administration’s COVID response."