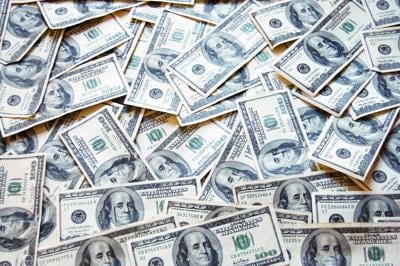 On April 16, many Triad small business owners panicked after hearing the news that the fund from the Small Business Administration’s $349 billion loan program had already been depleted.

YES! Weekly spoke with North Carolina District 27 Sen. Michael Garrett, a small business owner, and former investment banker, to get some clarity and explanation on the government loan program.

YES! Weekly received a question from local small business owners deemed nonessential and ordered to close by Gov. Roy Cooper on March 30, regarding why non-tax paying entities such as nonprofits and faith-based organizations were eligible to receive these forgivable loans funded by taxpayers.

“Often, it is the faith-based organizations, the nonprofits— that communities really lean on in times of crisis that really drain their resources.” He said that these organizations and entities compound with the government’s efforts to help people and families “get back on their feet.”

“They are, by design, trying not to discriminate against any entity—whether it is a business or nonprofit—to be able to apply for those loans,” Garrett said. “We want it to help all entities that are really struggling to keep people on the payrolls so that the unemployment system wouldn’t become overburdened, and people who could still work could continue to work.”

Garrett said that the Paycheck Protection Program was intended to help the restaurant and hospitality sector, however, “the SBA just reported today [April 17] that of the $350 billion that they have already authorized, only 9% of that went to restaurants and the hospitality sector, which is very disturbing because those are really the entities that are in the greatest need.”

Another question YES! Weekly received was, how were places that did not close due to the governor’s executive order still able to access the PPP? “That is a great question, and it is one of the great pet-peeves of mine of how this was set up from the get-go,” Garrett said. “The stated purpose of the PPP was to help those businesses that were closed, or their business operations were dramatically reduced because of COVID-19, and employees on the payroll, so that they wouldn’t have to rely on the unemployment system...However, I believe, from my professional experience, the fatal flaw in that program was the SBA put a requirement that lenders prioritize their clients that they had an existing business relationship with.”

Essentially, Garrett explained, if a small business did not have access to a business banker, they were sent to the back of the line.

“And I don’t mean you have a toll-free number for the business banker call center to call,” Garrett said. “You actually know the name of the business banker, and you can call down and get them in their office directly. Those people were at the front of the line. And those businesses are your larger-small businesses.”

And just what is a “larger-small business” other than an oxymoron?

“A small business is classified as something with 500 employees or less,” he said.

Garrett said that definition is too broad in this unique case because the companies that needed the loans most were small businesses with 100 employees or less.

“But then you have the Ruth’s Chrises of the world that are getting $20 million through a bailout program, while some folks like a tattoo parlor, or a hair salon or the [husband and wife] that owns Elm Street Grill, [with] 12 or 15 employees can’t access it because they were at the back of the line. Really, where I think the program was flawed, and we have created this problem where people can’t get access, is in the banking community. You have the underbanked and unbanked populations—that applies to people and also businesses.”

Garrett explained that the small business owners that desperately needed these loans didn’t have enough volume or quantity of business for their banks to assign them their own business banker. “They were at the back of the line because [of how] the SBA instructed the lenders,” he explained. “Now, it is not really the bank’s fault because they have to comply with the guidelines they are given by the federal government.”

“Some needed them, surely,” he added.”But I guarantee you that there are a lot of companies that saw it as free money because the loan is forgivable if you use it on approved purposes like payroll, mortgage interest, rent, utilities, and health care costs.”

Garrett said that even though the SBA set up these loans with good intentions, the logistics were “poorly thought through.”

“It is unfortunate that it happens when you are rushing a program out the door like they did,” he said. “It’s kind of like mom and pops have to look out for themselves. They are going to get the information from the news media or what they read online. Whereas, some people who have access to business bankers had access to the information— not necessarily before the public got it, but maybe their bank was being more proactive on certain relationships than others. That is because of, again, the SBA guidance that was given.”

YES! Weekly asked Garrett what Gov. Cooper and the North Carolina state legislation are going to do to help the small businesses left behind.

“I am really worried that when we get through this crisis, we are going to look back, and a lot of Main Street is going to be closed up, and all of these big businesses will pull through fine,” he said. “The challenge we have in North Carolina is, we have limited budgets. We have a balanced budget provision that the state can’t actually go borrow money to create these programs like the federal government does. We’ve also had, since 2013, corporate tax cut after corporate tax cut every year, which has taken about $4 billion in recurring revenue out of the state budget every year. We are dealing with a lot fewer resources than the federal government, so our ability to create innovative programs is somewhat handcuffed. But we are still working on it. I know that the governor is going to be rolling out some proposals that we have pushed in his direction probably next week, and some of that is going to be geared toward small business and where the state can help.”

However, Garrett warned that North Carolina is already going to face a revenue shortfall in the near future because the economy is closed and that state tax collections will drop dramatically. In addition, the tax-filing deadline was postponed in July, which will additionally reduce the state’s tax revenue.

“It is going to be a tough haul for everyone all around, but I am optimistic that the state can help,” Garrett said. “We are not going to be able to eliminate the pain, but we can lessen the pain for a lot of these small businesses by doing some innovative thinking that is somewhat outside of the box for Raleigh. I hope that some of these ideas will get traction by all of my colleagues.”

Garrett assured that he is in constant contact with the SBA office in Charlotte, giving feedback on how to improve it. He also said that there is an ongoing debate on both sides about refilling the PPP. He said he doesn’t support refilling the program without fixing its systemic problems first.

“One of the things I do, I try not to make a lot of accusations about who is at fault, because we need everyone to be successful during this crisis—a rising tide lifts all boats,” he said. “I really do believe that the federal government made some missteps, and they designed a program that had some fatal flaws for a lot of businesses.”

Garrett said that in order to revise these flaws, the federal government needs to expand the lending partners in this program to the community and regional banks, credit unions, as well as nonprofit lending facilities.

“You could put $500 billion more in it, and there are businesses across America that are going to be left out because they are small businesses, and they don’t have those relationships,” he said. “The hair salons, the tattoo parlors, the small businesses that have one location, the pizza restaurants— these are the people that really need the money and who are being hurt the most. You can throw as much [money] at it as you want, but it is not going to fix the systemic issues with the program.”

Garrett said for people to feel free to reach out to him anytime and that he is happy to help guide them the best he can.

“Feel confident in Raleigh that the governor is well-aware of the pain,” he said. “We are working together with him, very closely, to come up with policy proposals that can help fill the gaps that were left or created by the government. I am confident that we can do that to a degree, and again, we can’t eliminate the pain, but our goal is to reduce it.”

This week, Garrett said to expect an announcement from the governor on what the next steps are, and what the state of North Carolina can do to help its struggling small businesses.

“It would be good for folks to call their representatives and senators in Raleigh to advocate for some of these tools that we will be rolling out, because that is really how you move elected officials, by making sure they hear from their voters,” he said. “I encourage your readers to call their U.S. senators and their U.S. congressmen to tell them about what they are experiencing. They need to hear it.”