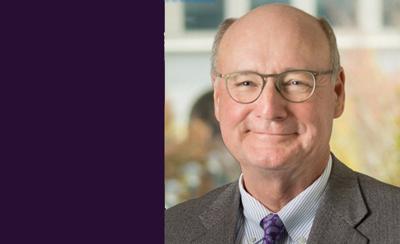 Photo caption: Scott M. Saylor has been appointed to the Guilford Technical Community College Foundation board of directors.

JAMESTOWN, N.C. (Oct. 14, 2021) – Scott M. Saylor of Raleigh has been appointed to the Guilford Technical Community College Foundation board of directors.

Saylor retired from the North Carolina Railroad Company in July 2020 after a 31-year tenure. He was president of the company from 2001 until his retirement. An attorney, Scott was the company’s general counsel for a dozen years before assuming the role of president. He is of counsel with the Nexsen Pruet law firm, a business law firm with offices in North Carolina and South Carolina.

Saylor has deep ties to GTCC and the Triad and is an alumnus of East Forsyth Senior High School.  His mother attended GTCC where she earned an associate degree in nursing on the way to a long career in health care.

“My mother has always been an especially strong inspiration for education for our entire family,” said Saylor. “As a young mother of three and while my father worked a full work week, she spent two years at GTCC and later went on to receive a B.S.N. and a Master of Science in Adult Education at Winston-Salem State University. It is an honor for me to be able to serve in this way and I look forward to working with the college and being a part of the foundation board to further the school’s long-established role in education,”

In addition, Saylor and his wife, Fran, fund an annual nursing scholarship set up in the honor of his mom, who is now retired from nursing.

Founded in 1966, the GTCC Foundation supports efforts to ensure educational excellence through fundraising, advocacy, and promoting awareness of GTCC’s positive impact on the community.

During Saylor’s 31 years with the North Carolina Railroad Company, the company’s capital increased from $600,000 to over $110 million for future rail and economic development investing and land acquisition.

For more information on the GTCC Foundation, visit foundation.gtcc.edu.

About the GTCC Foundation:

The GTCC Foundation supports efforts to ensure education excellence through fundraising, advocacy and promoting awareness of the college’s positive impact on the community. Founded in 1966, The Foundation oversees more than 200 gift funds that provide critical financial support annually for students and faculty. For more information, visit: foundation.gtcc.edu.