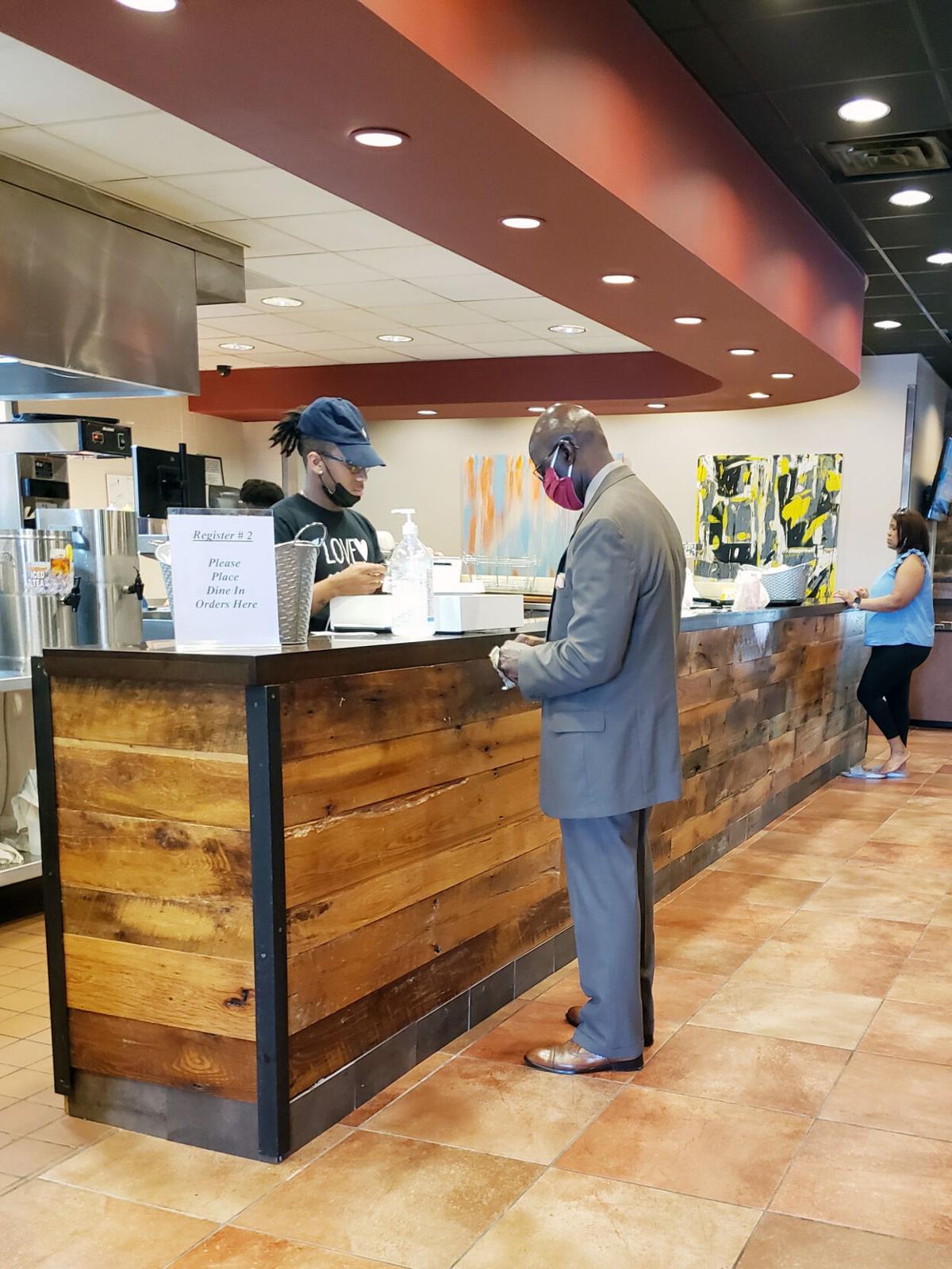 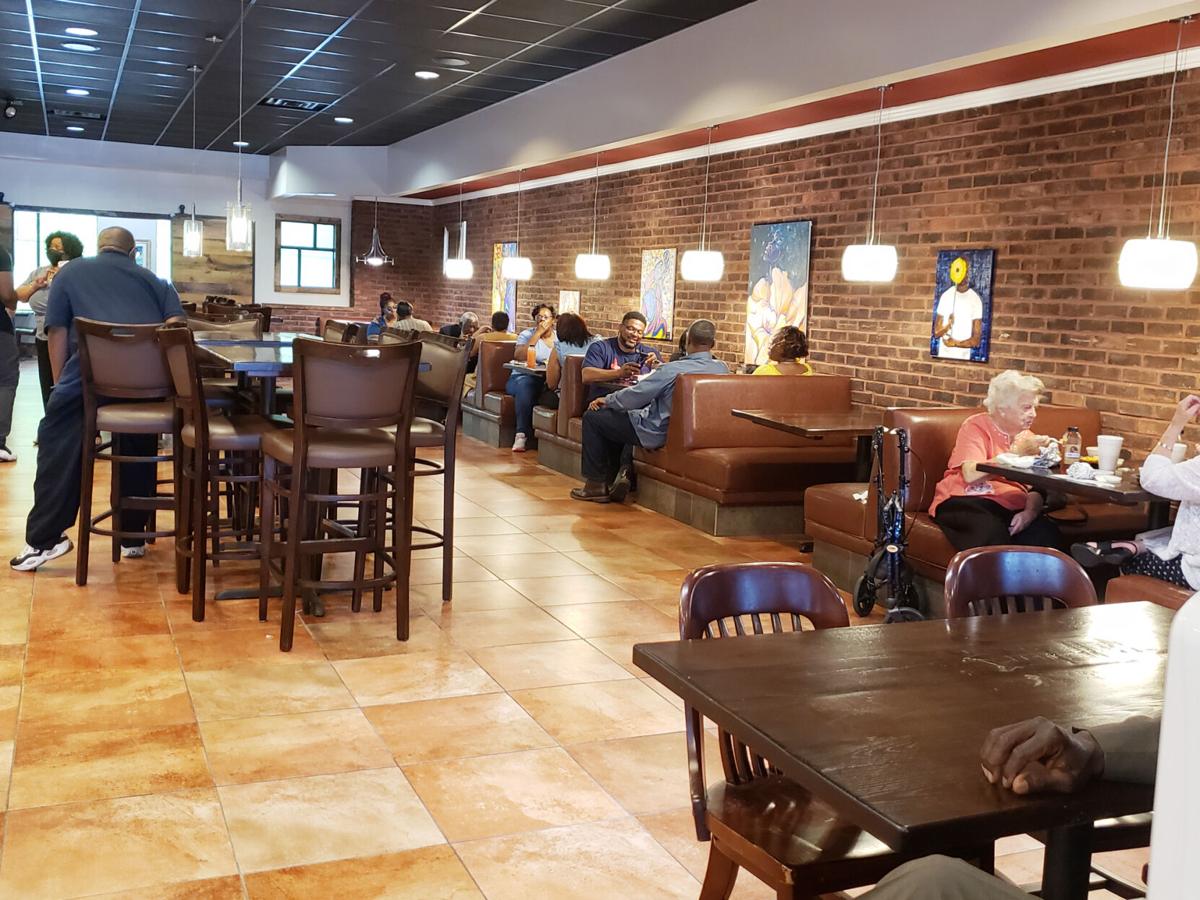 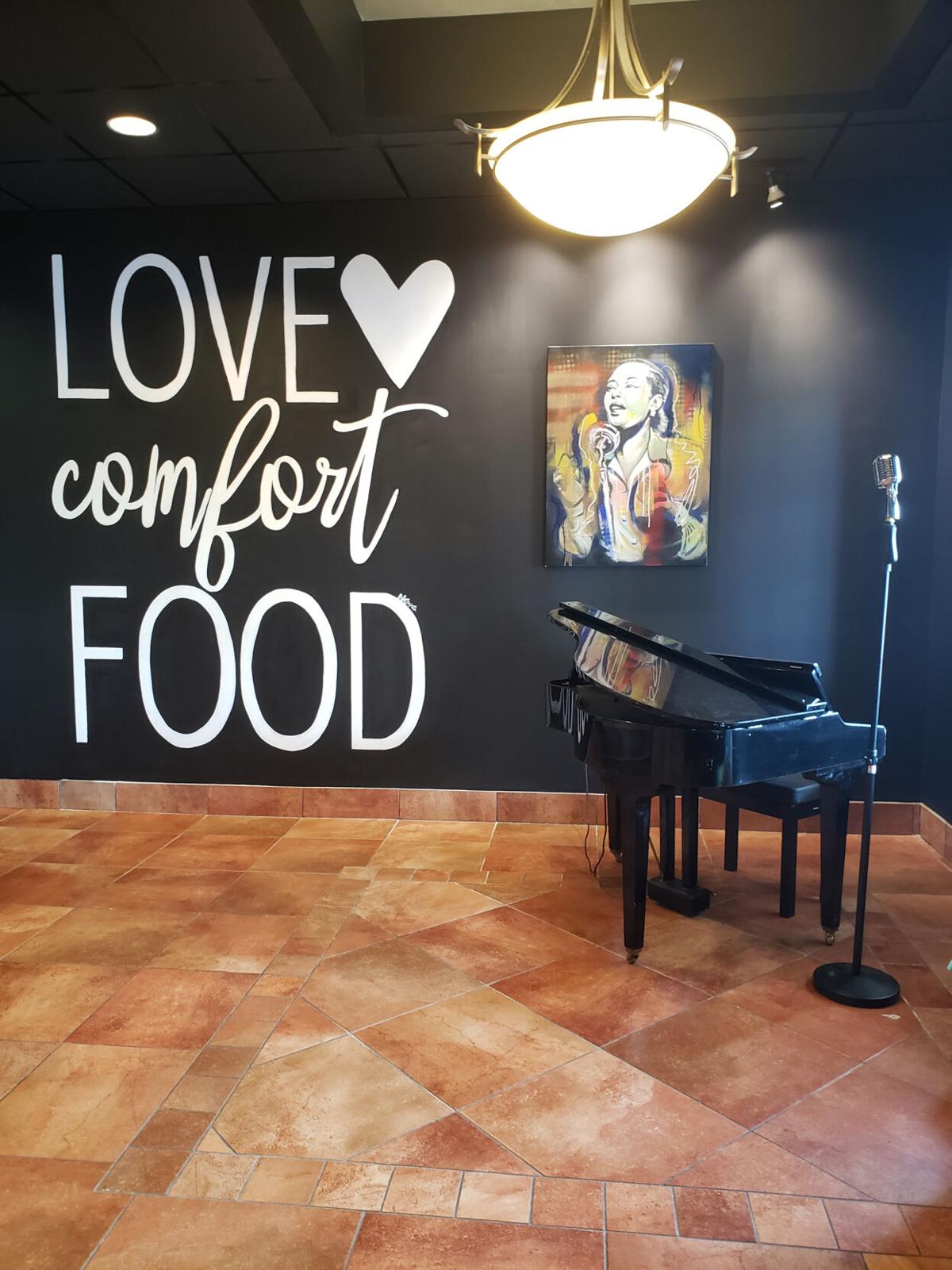 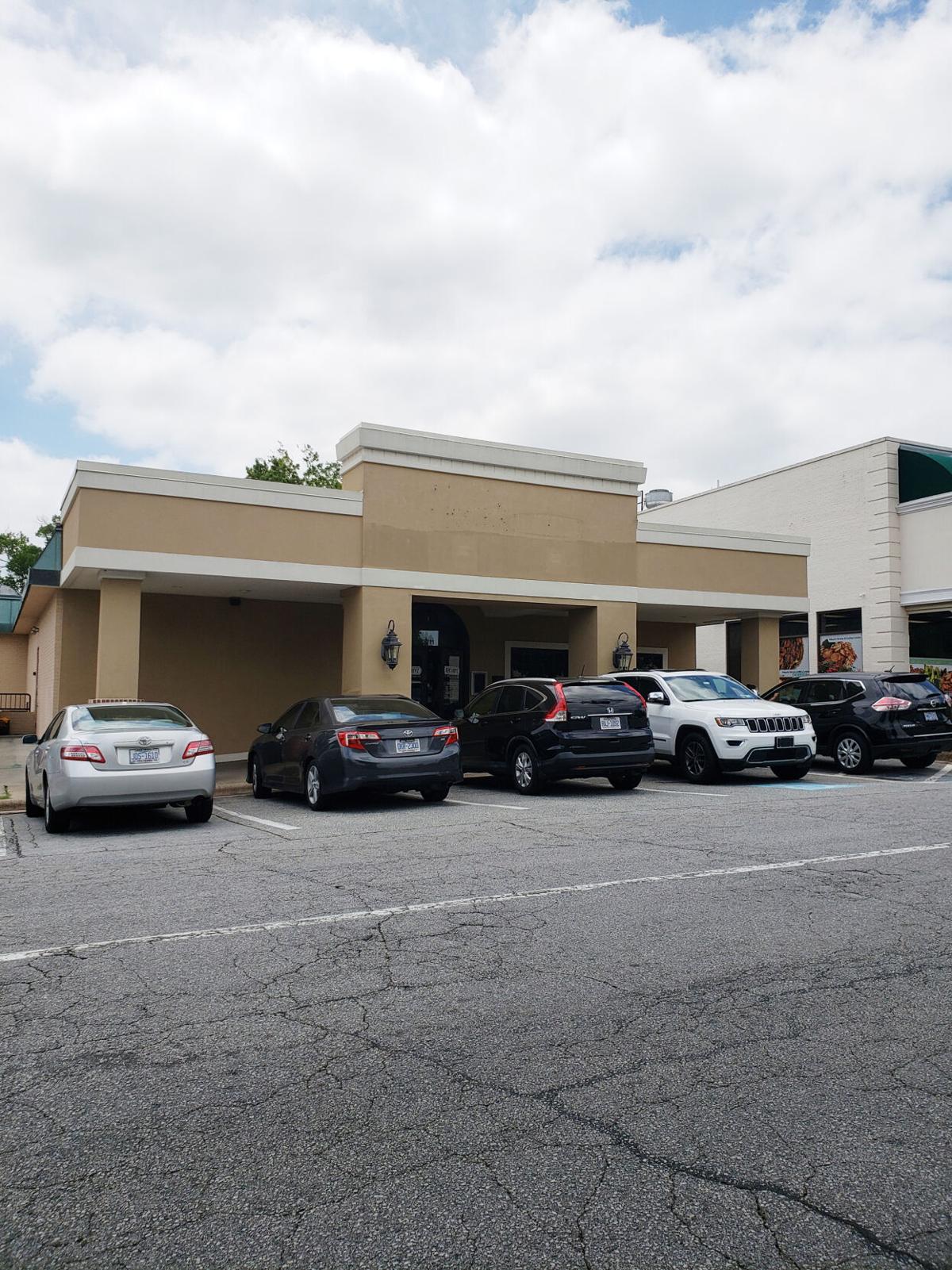 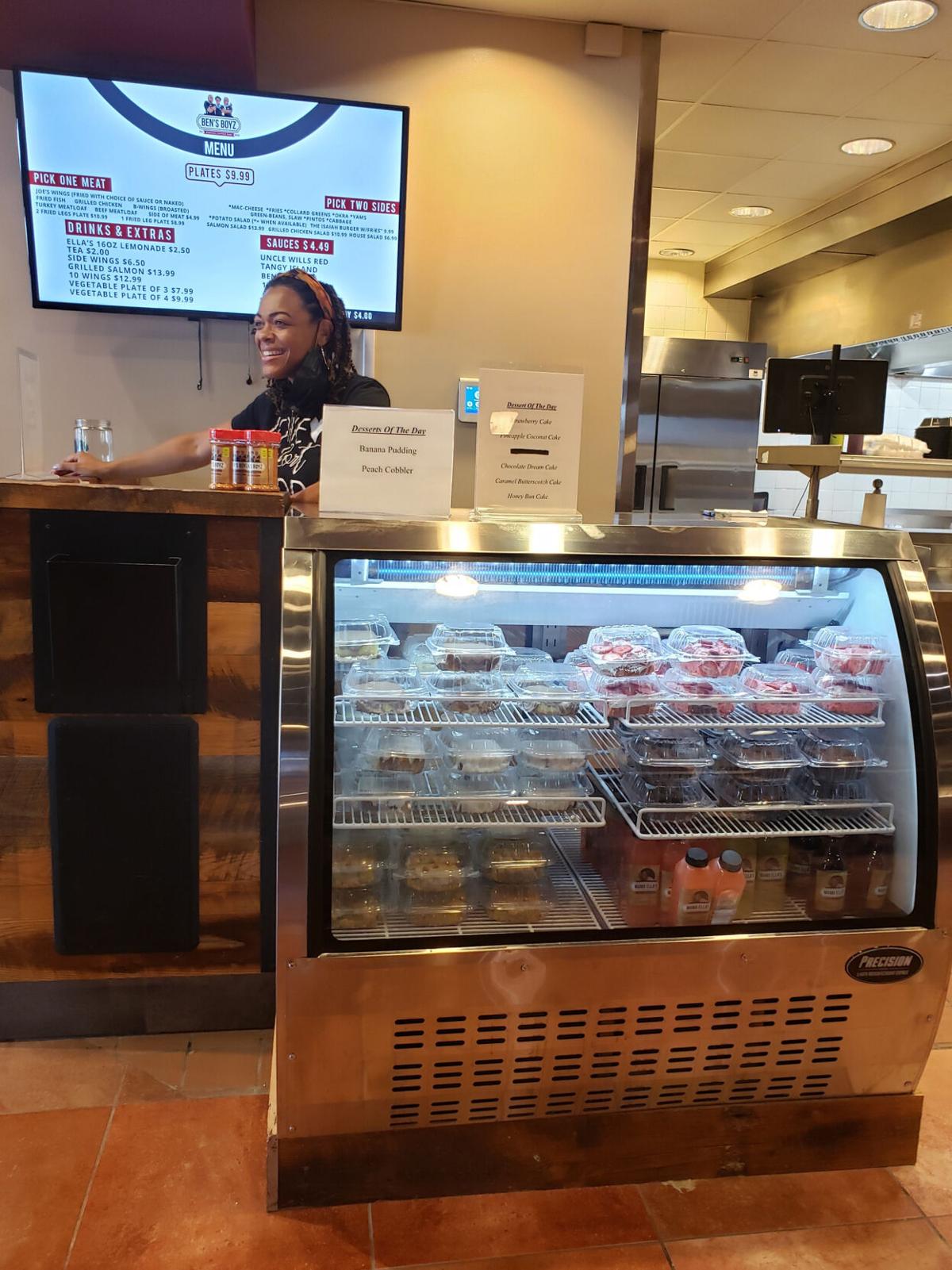 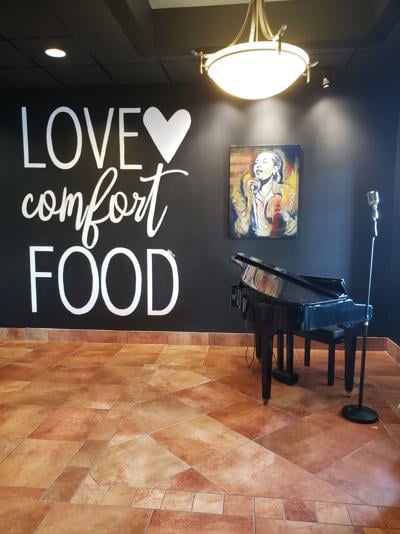 Less than a year in the Triad, Ben’s Boyz, a family-run comfort food truck, opened a restaurant in the Friendly Center in early June after quick success.

William Wyatt worked for Libby Hill Seafood Restaurants, a regional franchise, for 28 years. During part of his tenure, he worked as a general manager, director of operations and ran different locations.

“The Conrad family gave him a really good opportunity, and those are some of the greatest people that we know,” Joe Wyatt said. “They really gave us the opportunity to get into the restaurant game.”

William Wyatt is currently a part owner of SidWills Café and Catering in Jamestown.

According to William Wyatt, his son began to train to potentially takeover SidWill’s when William’s business partner originally wanted to retire. However, when his business partner had a change of heart and decided not to retire, the family decided to branch out.

“We were initially maybe going to do a second SidWill’s, but we had different ideas about the direction we would like to take our company, so we started Ben’s Boyz,” William Wyatt said.

They tried to find a brick-and-mortar location; however, that was difficult during the pandemic. They ended up starting a food truck instead on Oct. 1, 2020.

William Wyatt said the food truck was set up in Friendly Center for about eight or nine months.

“Our food truck became so popular that we’re now a restaurant. It’s been a cool journey,” Joe Wyatt said.

William Wyatt owes the quick success to the visibility of their food truck, the kindness of customers, and word of mouth as their “lifeblood.”

When the family found an available building in Friendly Center, they went for the full-service dine-in or take-out restaurant, with a rental space in the back big enough for about 40 people, Joe Wyatt said. The location previously housed Newk’s Eatery.

Today, the food truck is still available as a rental, such as for corporate events.

“The community all around – Greensboro, High Point, Winston-Salem – are filled with great people, and we’re lucky to be here. They support us, and they definitely want us to succeed,” Joe Wyatt said.

The recipes for the food served at Ben’s Boyz were inspired by sister LaTisha Hayes and their dad’s recipes.

The menu is a mixture of southern comfort food and drinks, such as fried wings and fish, grilled chicken, turkey, and beef meatloaf, a choice of salads, roasted wings, tea, and lemonade. In addition, they offer classic southern sides, such as mac n’ cheese, collard greens, yams, green beans, slaw, and potato salad. LaTisha Hayes prepares the desserts of the day from scratch.

As any southern comfort food should have, Ben’s Boyz offers signature sauces to choose from, including Uncle Will’s Red, a sweet and savory tomato-based sauce; Tangy Island, a light and flavorful sauce with notes of sweet and tanginess; and Ben’s Bang, their very own spicy barbeque sauce.

Ben’s Boyz is named after Joe Wyatt’s grandfather and William’s dad Benjamin. “We named it Ben’s Boyz because, between me and him, we are Ben’s boys,” Joe Wyatt said.

In the logo, there is a third Ben’s boy – great-grandson Isaiah Hayes – who also works at the restaurant.

Family is not just the inspiration for the restaurant’s name, logo, and menu options. Ben’s Boyz is also family-run, with various members working at the restaurant. According to Joe Wyatt, Ben’s Boyz is one of the only family-run businesses in the Friendly Center, which contains many franchised restaurants and brand name shops.

“We lead with love,” Joe Wyatt said, even as working with his family has its advantages and disadvantages.

“Working with family, you have a lot of personalities, but the thing about it is that we all love each other, and we want the best for the business and for each other to grow,” Joe Wyatt said.

William Wyatt shares a similar sentiment about working with family. However, their family has various strengths, allowing them to fill needed roles in the restaurant.

“I’m proud I raised my kids to have an entrepreneurial spirit and be strong in what they believe,” William Wyatt said.

According to William Wyatt, he is giving his daughter and son the reigns to direct Ben’s Boyz while he offers logistical support.

Ben’s Boyz also employs many young people because it is important to William Wyatt to help mentor and develop future leaders and business owners.

“We are trying to involve as much of the community as we can,” William Wyatt said.

The restaurant is decorated with artwork from local artists for sale, and books written by local authors are in the waiting area.

Joe Wyatt thanks the community for their support. “This is for the culture,” he said.

“We want everyone to experience a true southern-style cooking when they land into the city,” Joe Wyatt said. “We want to be the destination spot that they come to...when people come into North Carolina, they stop by Ben’s Boyz so they can get a taste of southern hospitality and southern food.”

In addition, he said, “our business is growing not only in the restaurant sector but also in the corporate sector as well.”

The next step for Ben’s Boyz is to become a nationwide supplier. Some of the items they want to wholesale include Mama Ella’s beverages, named after William Wyatt’s mom, and their signature sauces. Their seafood will be distributed to colleges, hospitals, and local grocery stores. In addition, they recently partnered with a few international companies to start importing foods, Joe Wyatt said.

Visit http://www.bensboyz.com/ to order takeout or cater an event.