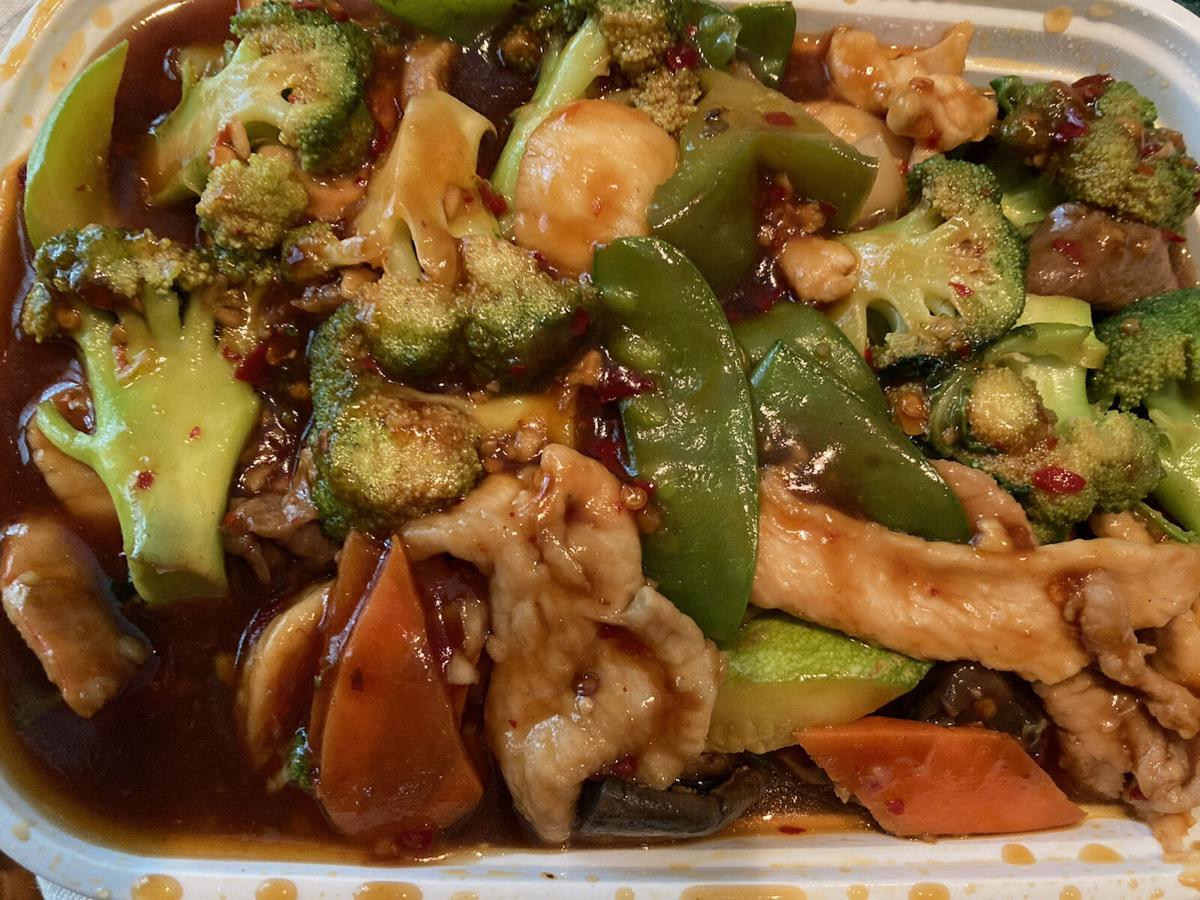 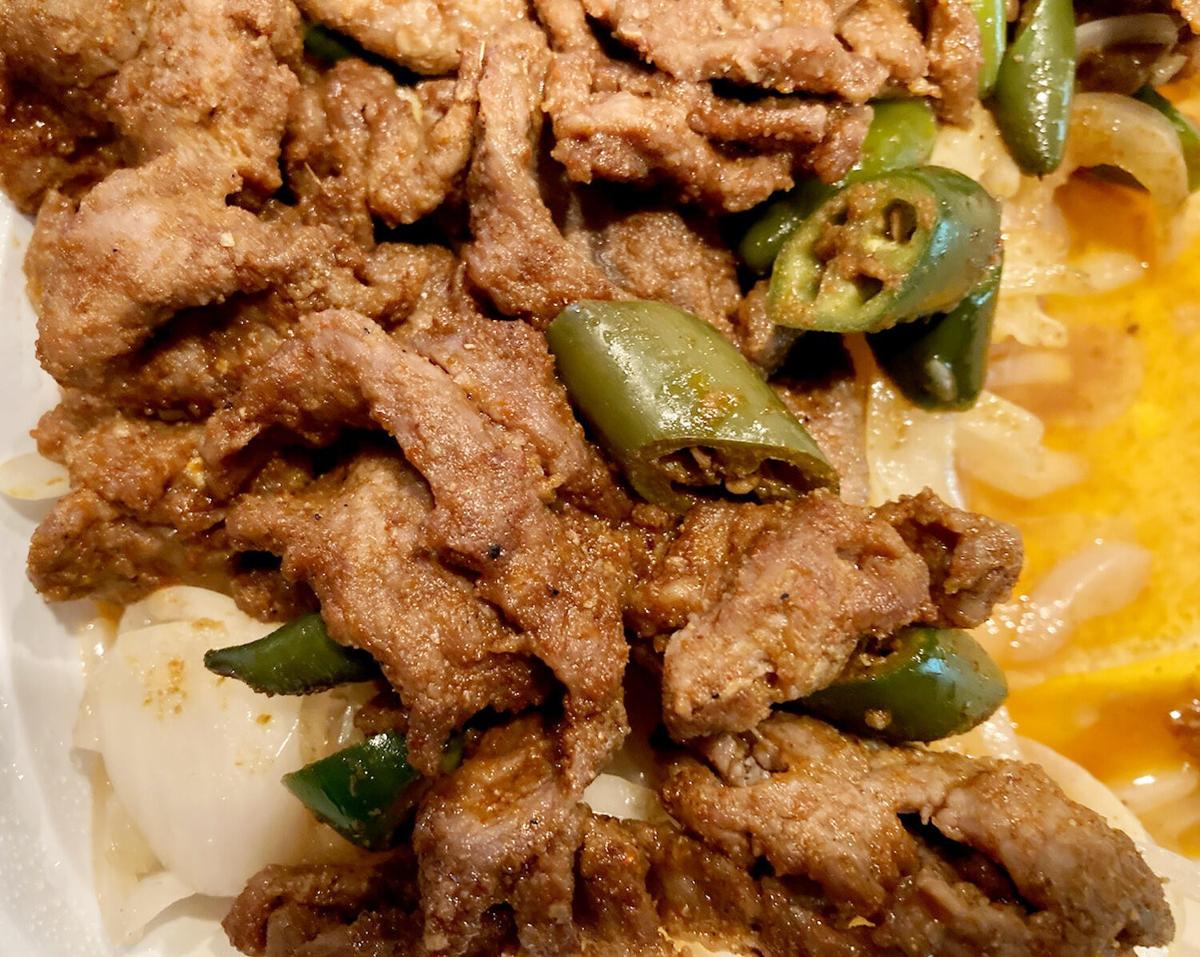 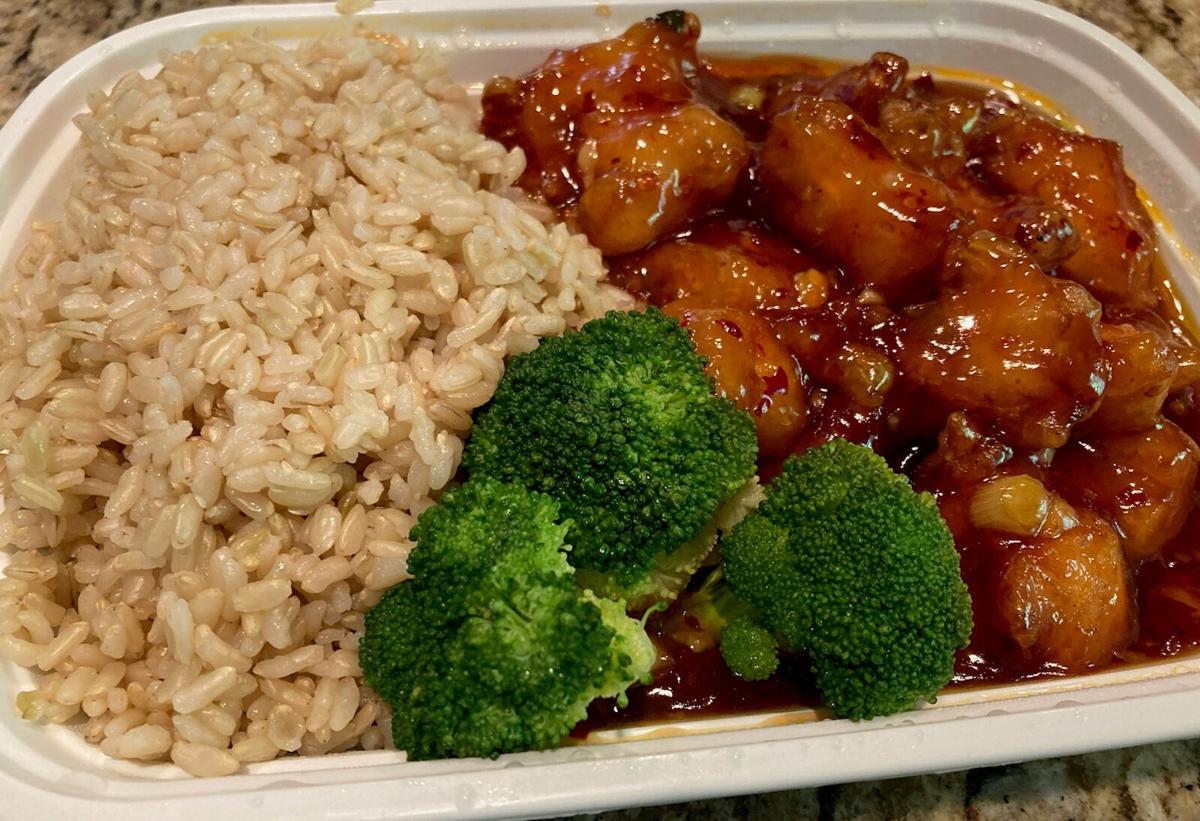 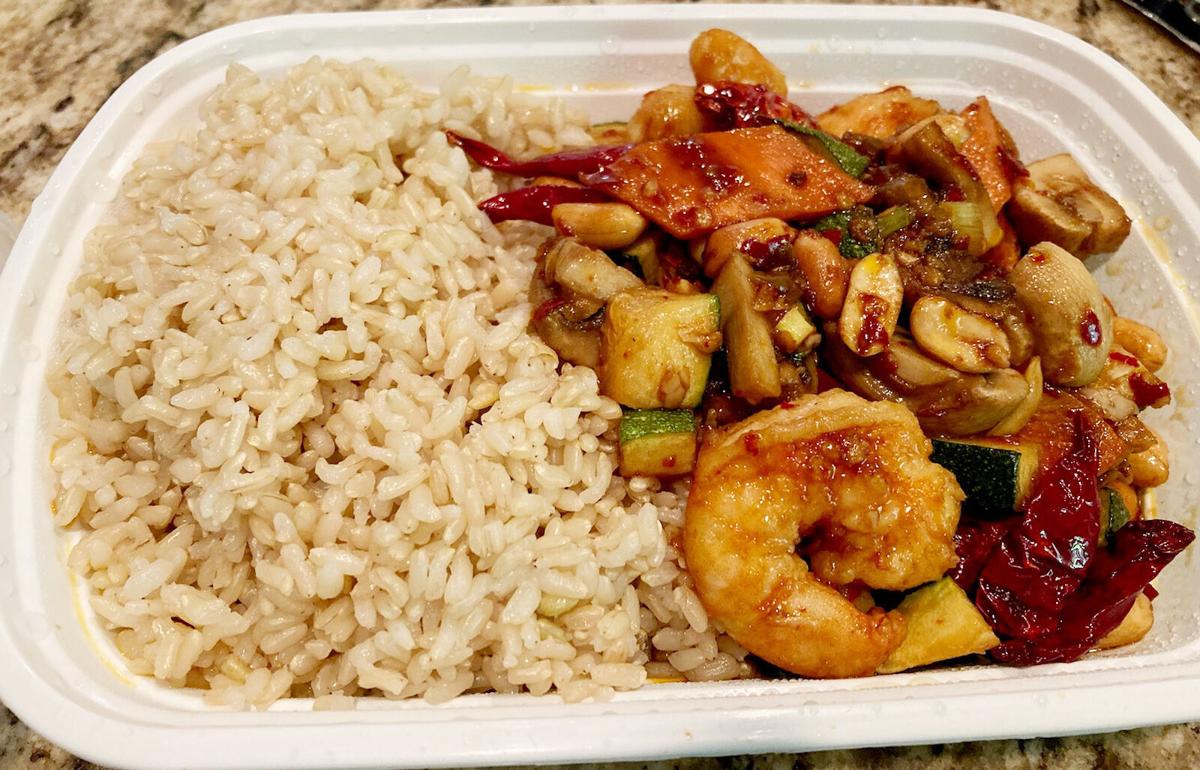 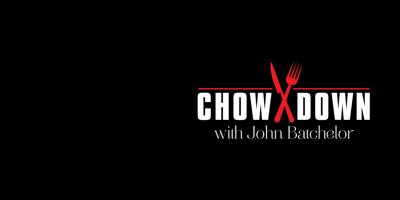 The sign out front is a little hard to follow. It says, “Go. China.” But that is an abbreviation for Gourmet China, formerly Captain Chen’s Gourmet China. I can’t describe the interior because I’ve never seen the interior.

That’s because this is the safest restaurant I have encountered so far. A hole with a pass-through has been cut in the door, a microphone adjacent. You can order in person over the microphone, or online, or by phone. Everything is takeout. If you are picking up in person, you put your payment in the pass-through, and your food is returned the same way. In-person, from order to pick up, took about 10 minutes. I placed two delivery orders (see web address below), and both arrived as scheduled, with texts providing updates at each delivery stage.

I found the food interesting and enjoyable. There are things here that I seldom see in other places. In some cases, those things are quite adventurous, at least to my admittedly Western taste experience.

But the more conventional items are quite pleasant as well.

Steamed Pork Dumplings burst with pork and onion flavor, augmented by a sweet soy dipping sauce. Sichuan Cold Noodles turned out to be a personal favorite- a spicy-hot initial impact giving way to a soothing chill, with lots of fresh cilantro accent.

On to fairly well-known entrees. General Tso’s Chicken is mostly breast meat with natural texture intact, lightly breaded, spicy hot and sweet, with fresh, al dente broccoli. White or brown rice is offered with all entrees. I would personally recommend brown, but other guests prefer white. Choose what you like.

Carolina Five-O takes its name from multiple ingredients: chicken, shrimp, scallops, beef, and pork, joined by sliced carrots, broccoli, snow peas, and mushrooms in a fairly spicy Chinese brown sauce (the usual ingredients are soy, rice wine, sugar, and beef broth). The vegetables, cooked al dente, look and taste fresh. The shrimp are large and tender, the scallops just a little firm but still enjoyable. Thin strips of beef lie on the firm side, lean, not gristly, while the chicken and pork are soft-cooked.

Spicy Doubled Cooked Pork reveals a texture similar to thick bacon. A word of caution- there is more fat in this than is common in most pork dishes served locally. On the other hand, to quote one of the chefs I worked with in one of my books, “Fat is where the flavor’s at.” It tastes really good, and if you don’t like the texture of fat, it’s easily trimmed away.

Crispy Duck with Garlic Sauce is another knockout- the duck is indeed crispy, and that sauce is quite assertive. Be careful- the meat is not trimmed away from the bone. It’s chopped into sections, so you have to pick out small bones while you eat. But the resulting flavor impact is worth the effort.

Fish in Sichuan Style Sauce is a soupy construct based on soft flounder in a spicy-hot broth, with lots of onion and bok choy. My party especially enjoyed this in a bowl, over rice.

I ordered Cumin Lamb based on the advice of a guy I talked to when I placed my last order. He guided me well. Thin strips of tender lamb bear clear lamb flavor and tender texture, enhanced with solid cumin spice—another serious winner.

I mentioned at the outset that you can get things here that you don’t often see elsewhere. In a few cases, that takes me outside my comfort zone. As a rule, I’ll eat anything that is not likely to eat me first, but I saw some selections that are just out of my league, although I recommend them for adventurous souls who are seeking “real” Chinese. For example: beef tendons, jellyfish (prepared several different ways), flame-seared pork intestines, beef tripe, ox tongue, and crispy intestines with sour cabbage. Send me a note after you’ve tried them. I’m interested, but I’m chicken to try them myself.

Meanwhile, I’ll stick to the more conventional ingredients. I like this place. I’ll definitely return.

Most recent visit: May 30