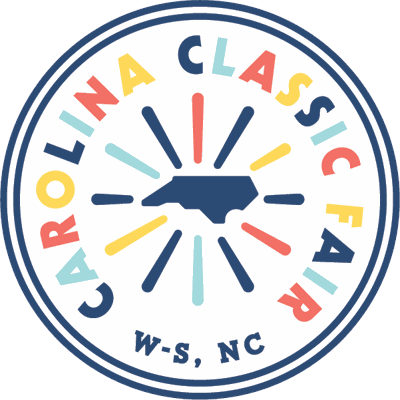 Final Weekend Up 16 Percent Over Five-Year Average, Crisis Control Ministry Collected 50,000 Pounds of Food, a More Than 220% Increase Over 202

WINSTON-SALEM, N.C. (OCTOBER 11, 2022)—The numbers are in:  229,761 guests attended the Carolina Classic Fair—a substantial 26 percent increase over 2021.  The duration of this year’s fair was nine days instead of the planned 10 day run due to a weather-related closure on the first day.  In addition to an uptick in attendees, the Carolina Classic Fair also experienced an increase in the number of competitive entries, landing at 18,919 entries for 2022.

“Generally, the only thing that affects attendance is weather, and we experienced a whole day of bad weather and a resulting delayed opening day this year when the remnants of Hurricane Ian moved through our area,” Carolina Classic Fair Director Cheryle Hartley said. “As soon as the inclement weather cleared on opening weekend, fans returned to the fair in large numbers. We were thrilled to see attendance and competitive entries back up to pre-pandemic levels as people from all walks of life enjoyed their annual fair experience.”

Many days featured special offers and free entry for school children, veterans, seniors and special education groups. To help Crisis Control Ministry, attendees donated at least five non-perishable food items to gain free admission to the fair. With the help of Crisis Control Ministry volunteers, more than 50,000 pounds of food were donated—a more than 220% increase over 2021.

Total merchandise sales came to more than $10,000 worth of goods. “It was the second year that you could get shirts, hats and more with the new fair logo, so people were able to take home a little piece of history,” Hartley added.  “We’re already working to prepare for another blockbuster Carolina Classic Fair September 29 through October 8, 2023, which will feature the 100th anniversary of rides and attractions from our long-time partner Strates Shows.”

About the Carolina Classic Fair