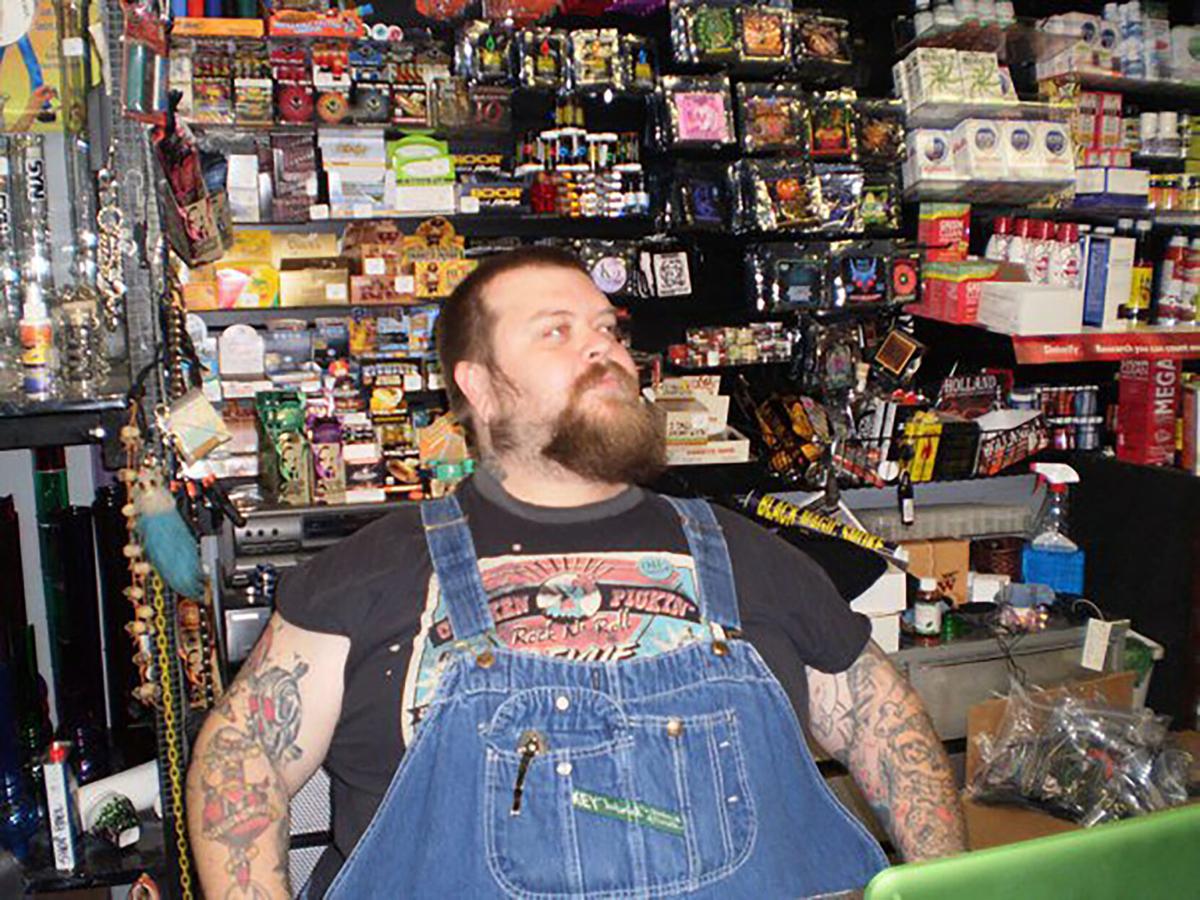 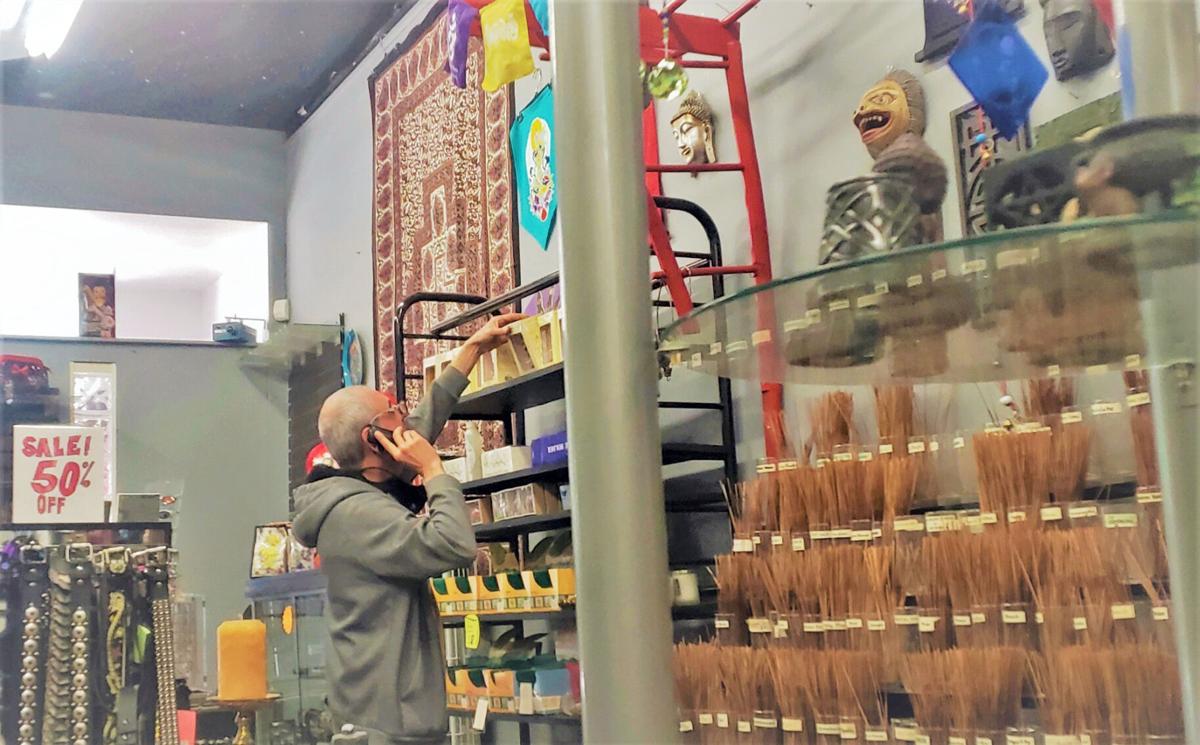 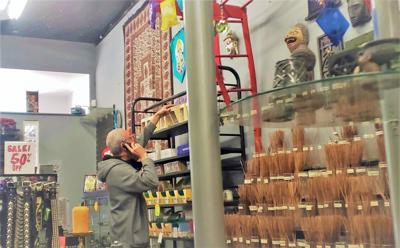 Hats off to Boutique Hypnotica, as the beloved College Hill counterculture emporium takes its final bow before closing on April 30.

Serving as both a shop and source for alternative communities throughout its nearly 25-year run, it all started with Atomic Boutique, a similar operation owner Willie Penc started in Utica, New York. After a broken partnership, he heeded his brother’s advice about a college town in North Carolina, packed up the shop, and moved to Greensboro.

“I remember rolling up in the biggest U-Haul that I could find, with my showcases and merchandise,” Penc recalled about the trip. “There were people living upstairs from the shop who offered to help me move everything into my new space. Right from the beginning, I felt very welcomed.”

Boutique Hypnotica officially opened in October 1996, and by way of wares and tobacco accessories, Penc has worked to reciprocate that welcoming nature since.

Officially the second established smoke shop in Greensboro, Hypnotica, more importantly, served as an oasis for those of alternative lifestyles. “It was the only place you could find a fishnet shirt,” said Kelly Cranford (my sister and bassist from Instant Regrets), who shudders to think how dull our wardrobes would have been growing up without the shop.

For Lisa Ellisor, “Hypnotica was more than just a shop. It was the first free space I knew,” she said. “My young weirdo heart is in mourning! It was the first place where the clothes fit my aesthetic, and the shop treated me with kindness,” she added, extending gratitude for her experience on behalf of the “hundreds of other oddball kids who poured their hearts out while trying to buy manic panic and club clothes.”

But Penc didn’t create that experience alone, but with rounds of employees, including ravers and rockabillies, Drag Queens, and fashion students, who helped define aesthetics of the underground.

Familiar faces who’ve served behind the counter include Patika Starr, the fire-dancing, stilt-walker, and Creative Director behind events like Castle Carnevale. And Jason Joyner (aka Slim Perkins,) who’s spent the last 20 years at the shop. “I gave a misfit kid the opportunity to work when probably most people wouldn’t,” Penc explained. “He’s been a permanent fixture since.”

Jason Lonon (from the Tremors) considers Joyner “an integral part of Hypnotica, a place that literally changed my life forever.” In 2002, Lonon, a drummer and a Los Angeles transplant, was having trouble finding a band. “I’d frequent the place because it reminded me of L.A.,” he explained. “I was at Hypnotica one day and heard a song that inspired me to strike up a conversation with the person behind the counter, who ended up being Slim.”

They talked tunes, leading to an audition in the Tremors (which Joyner had formed with Jimmy Tremor of Ubangi Stomp). “Nineteen years later, my life hasn’t been the same,” London said, recounting amazing experiences opening for legends like Jerry Lee Lewis and Wanda Jackson. “Thanks to Willie for making Greensboro a better place and providing countless weirdos common ground.”

Joyner joined just before Hypnotica hopped across Mendenhall at the dawn of the ‘00s. The original location was on the opposite corner, wrapping around the now-defunct mattress store (in the spots currently occupied by Two Geeks and the now-vacant former “People’s Perk”).

In its first years, Penc also served as resident body-piercer. “Willie pierced my tongue in 1997, and I’ve enjoyed going back there ever since to get whatever weird thing,” said musician Suzanne Stafford, “but the conversation and friendliness was always the best part.”

The sentiment is echoed from Penc’s side of things, with memories highlighting the closeness that extends beyond the counter. “One time, a woman came in looking for a vessel to store her fiancé’s ashes,” Penc recalled. “We had a long conversation, which I later learned had been incredibly supportive during her time of loss. It got back to me that it meant more to her than I would know,” he added, noting the experience remains incredibly humbling.

“I just wanted to be very inclusive with the many subcultures that I personally enjoyed,” he explained. “I wanted a variety that appealed to anyone who was ‘different.’”

These days, the blurred lines between counterculture and mainstream have created a mass market; and thinned the crowd of the formerly tight-knit industry. Fishnet shirts and hair dye aren’t hard to come by. Once one of two smoke shops in Greensboro, Hypnotica is now one of dozens.

“I have a lot of ideas floating around in my head at the moment,” Penc said. “I’d like to be of service to the community,” he added, musing on what the future holds. “I’m definitely getting back into my painting and sculpture and maybe a garden-themed business, but enjoying life to the fullest is my biggest plan.”

Folks who turn to Hypnotica for holiday gifts [hi, mom] aren’t entirely out of luck. Jewelry and select wares will be part of an online store in the works.

Penc did express a twinge of reluctance around leaving the generations of creatives and weirdos his shop has served over the years. “I’d like to thank everyone who supported Boutique Hypnotica,” he said. “I wouldn’t be where I am now without them. I’m forever grateful.”

“I don’t think that does much justice,” he added, “I just can’t squeeze 24 years of my life and business into a single text.”

Indeed, it’s hard to do Hypnotica justice on a single page. So, to keep it simple, this writer suggests a round of applause as Boutique Hypnotica takes its bow.

Boutique Hypnotica is open from 11 a.m.-7 p.m. Monday-Saturday until April 30 at 908-B Spring Garden St. in Greensboro.