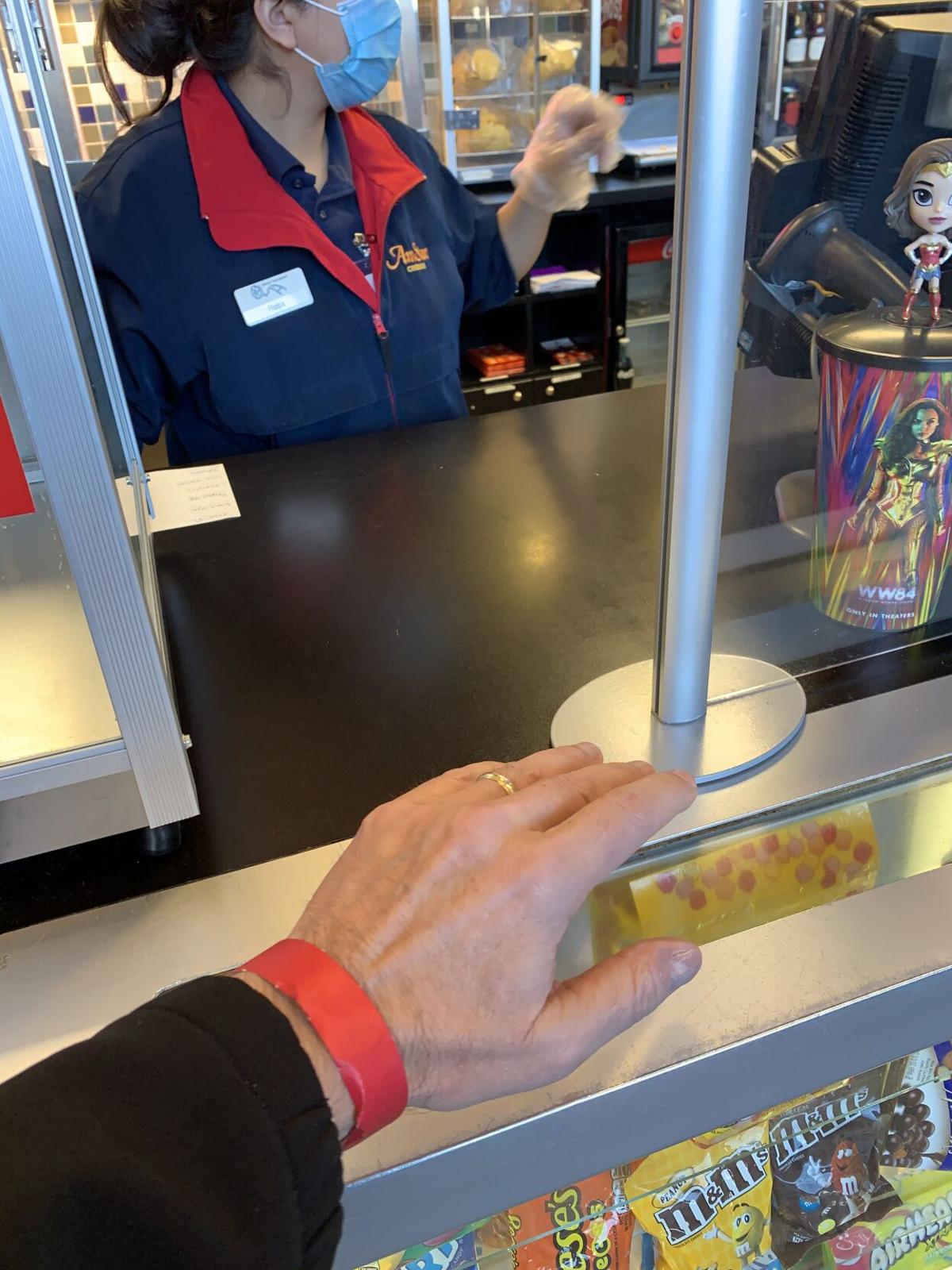 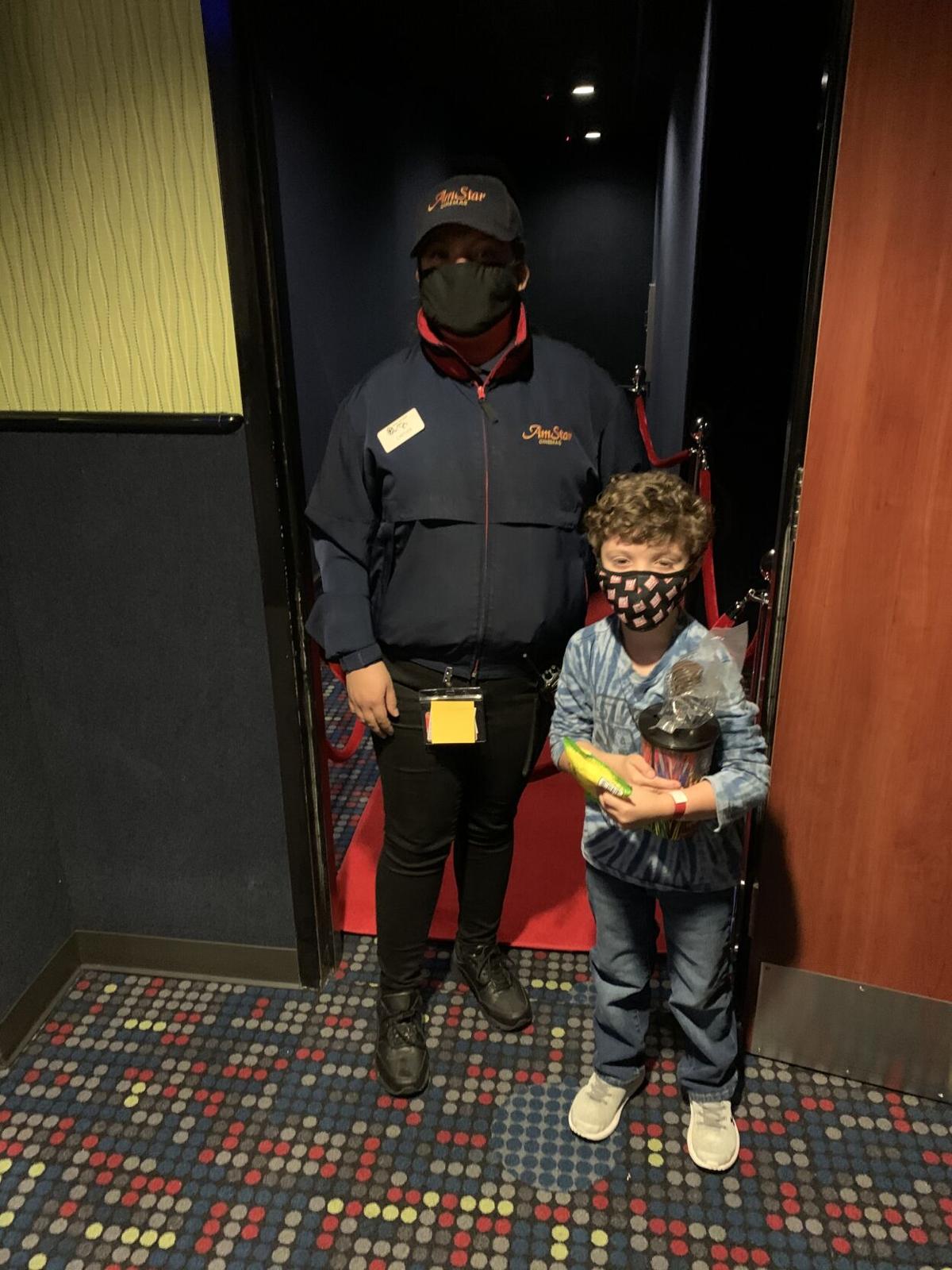 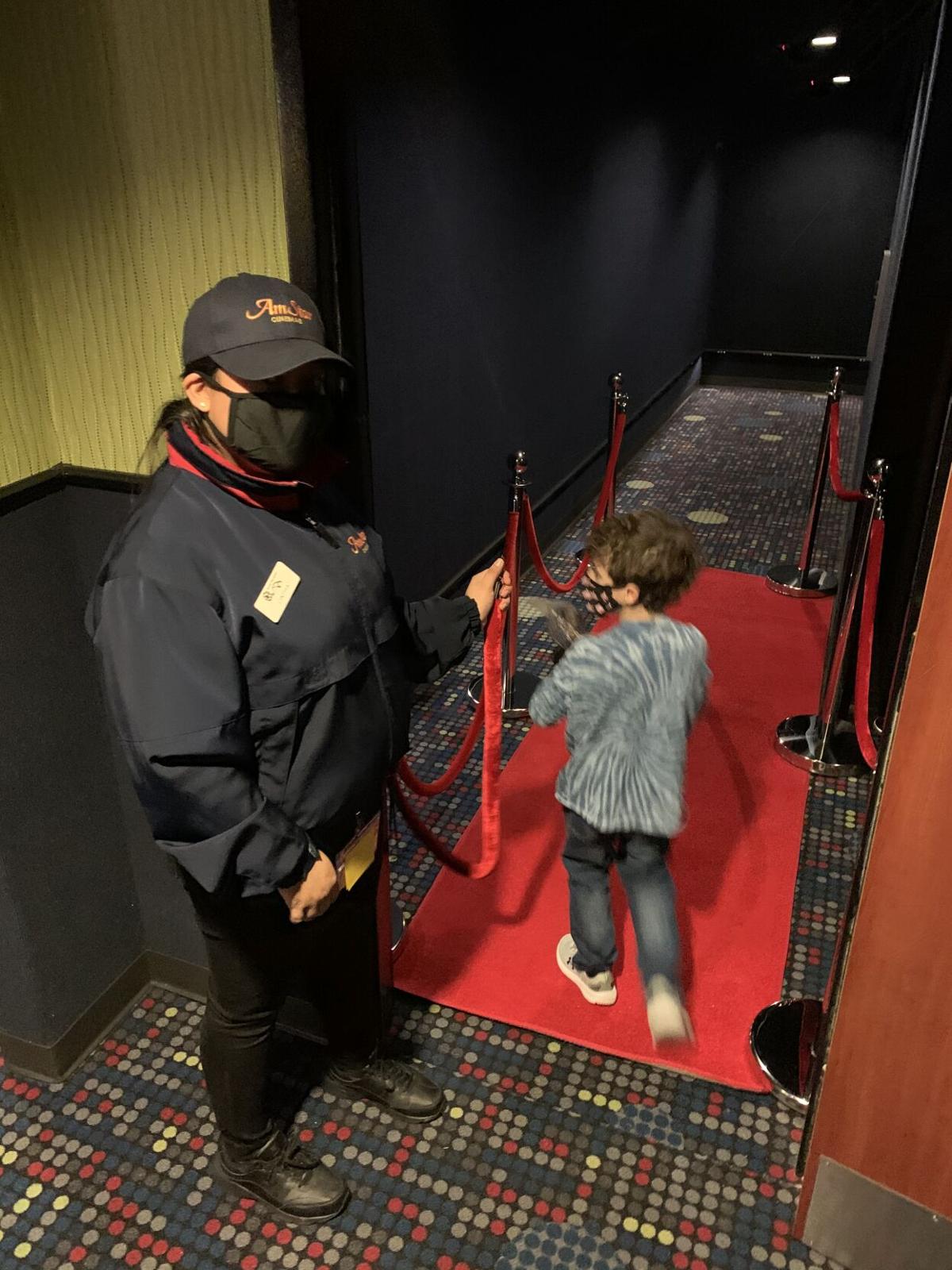 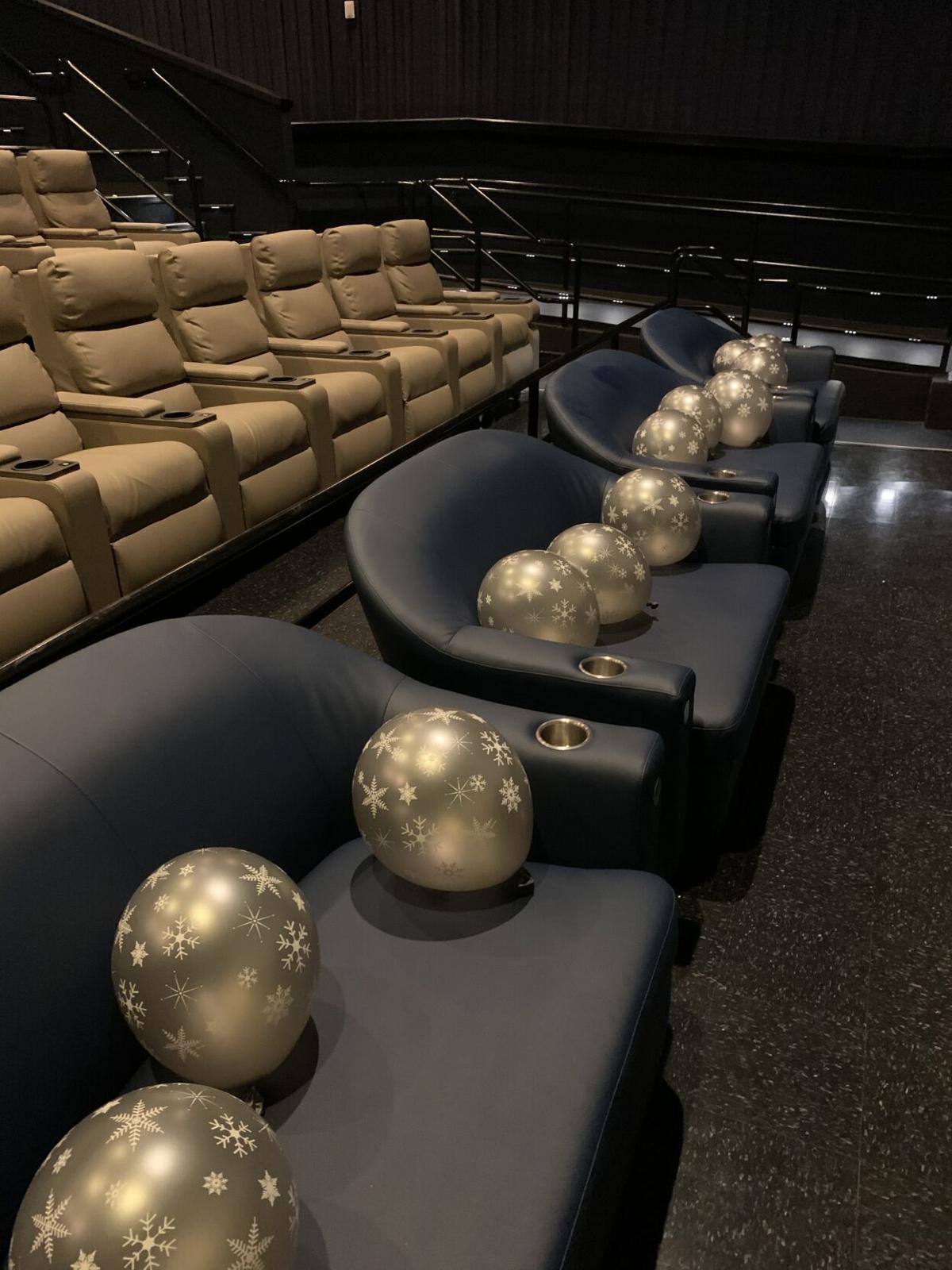 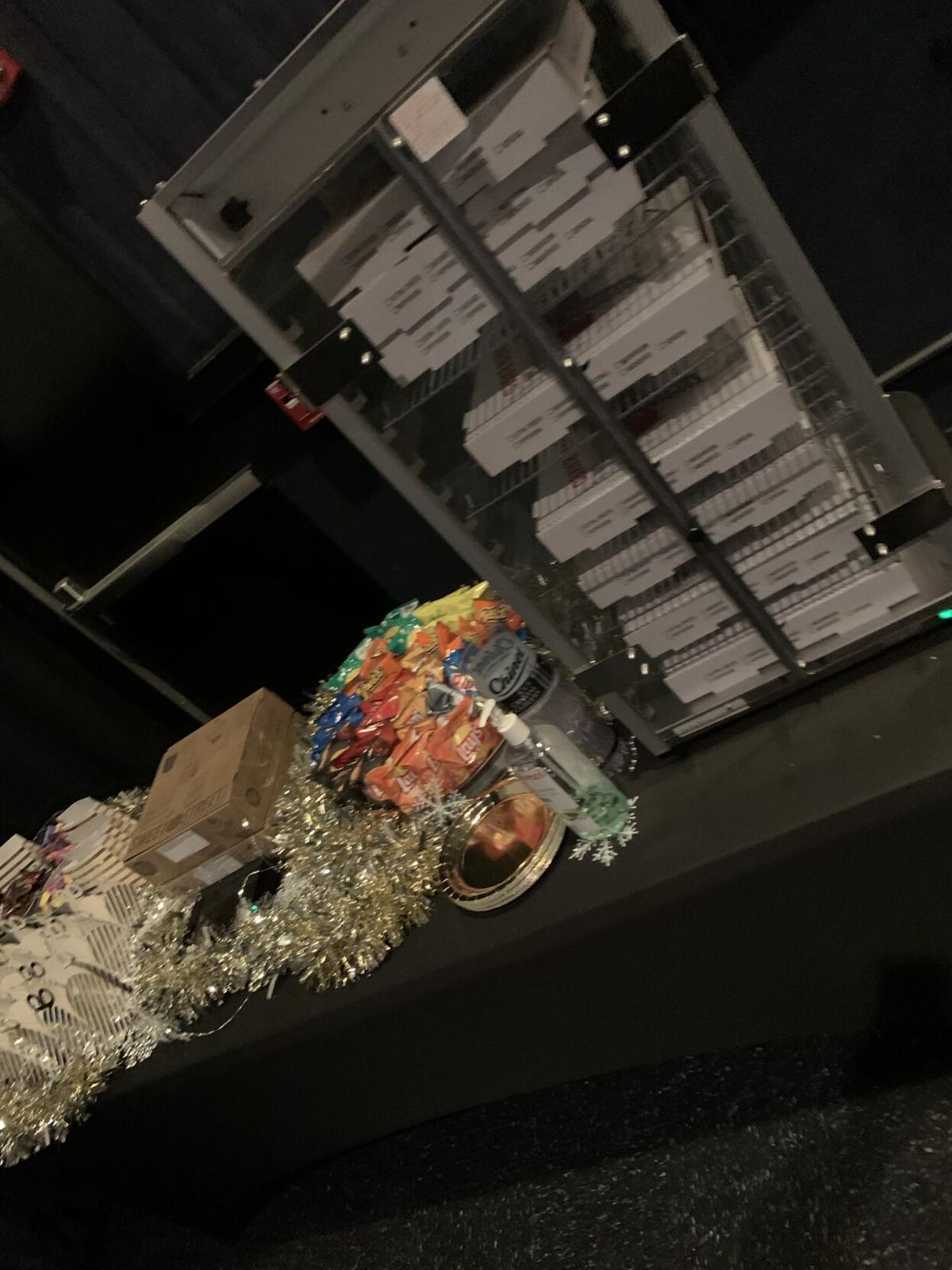 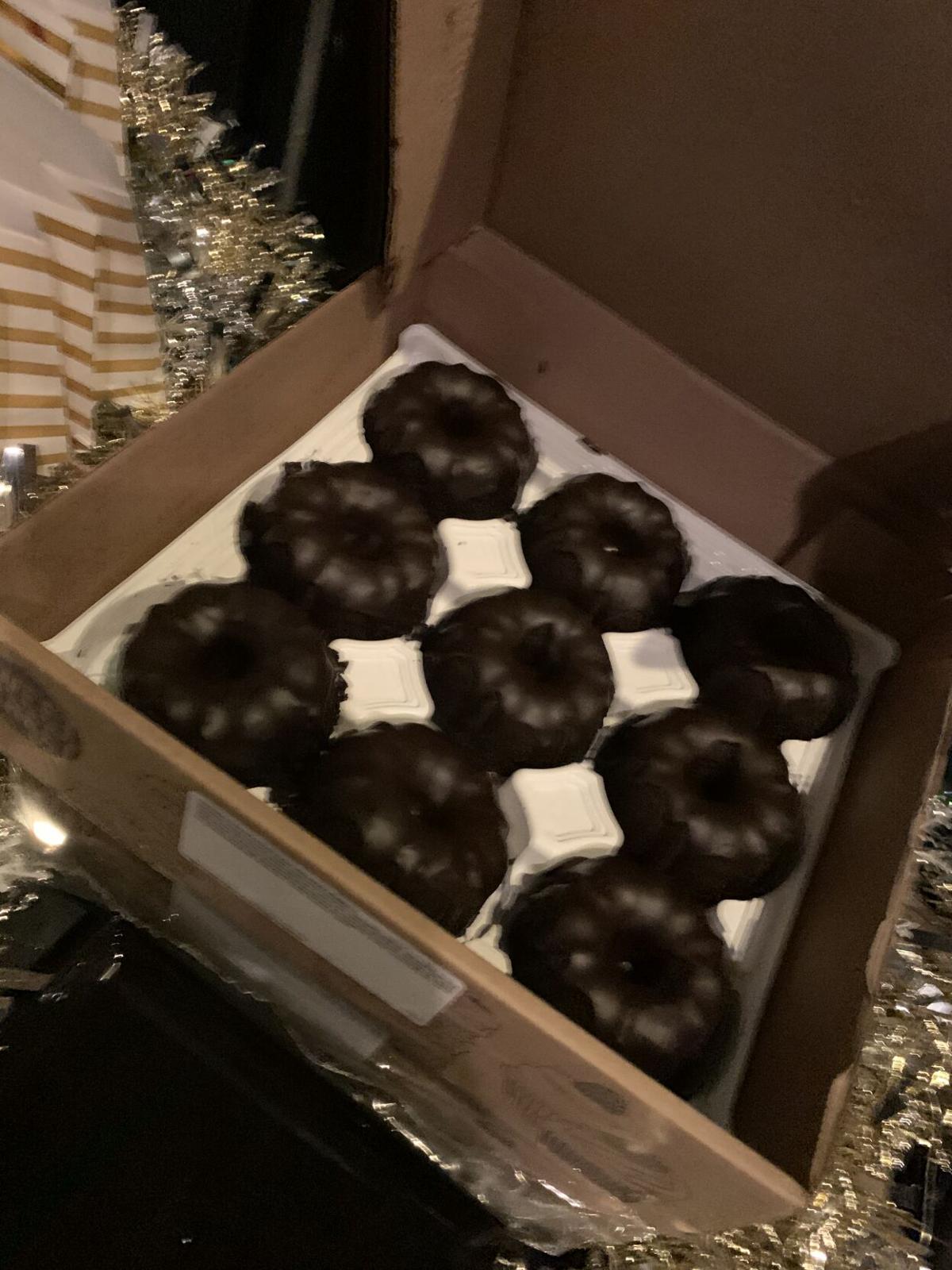 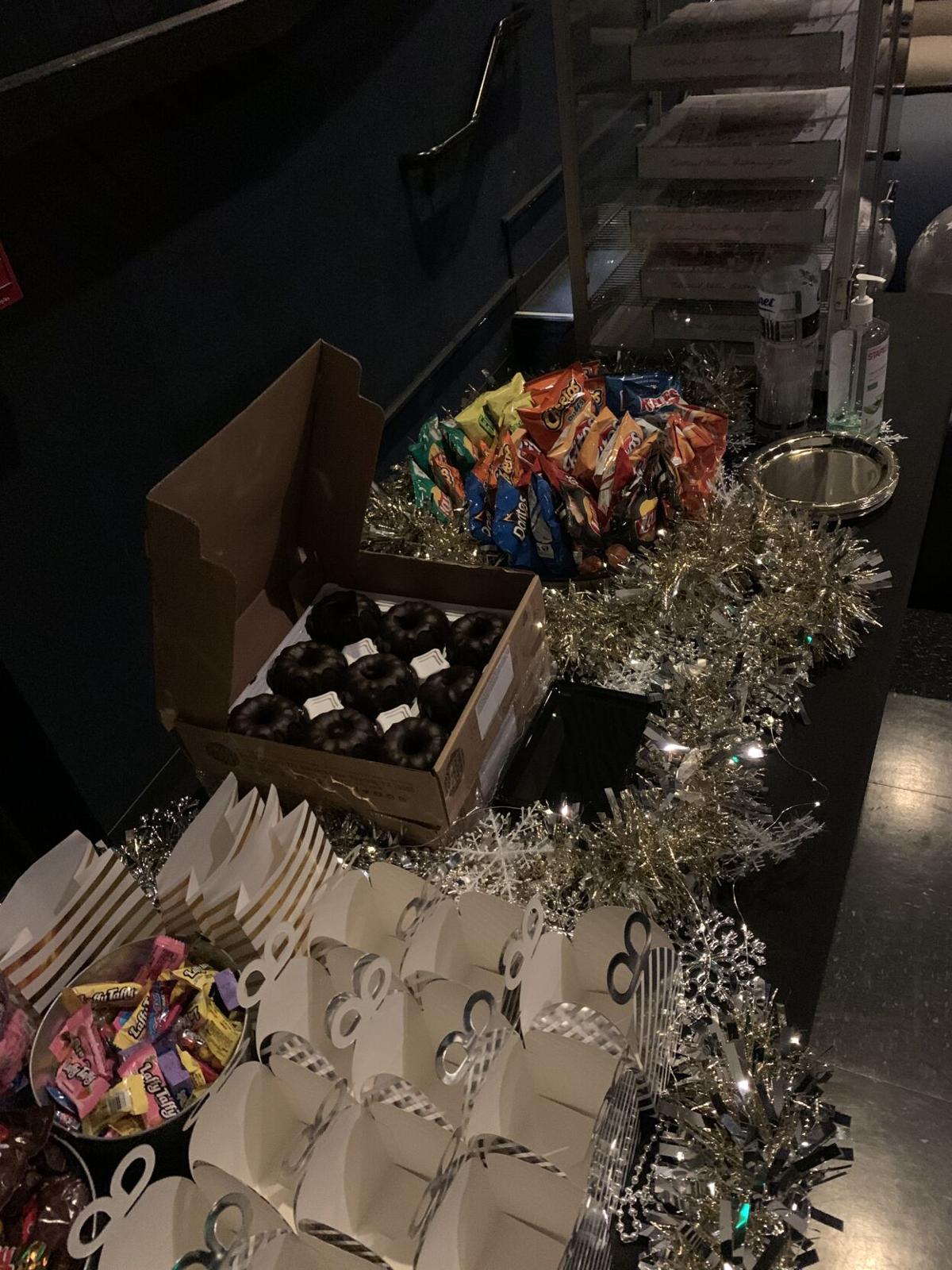 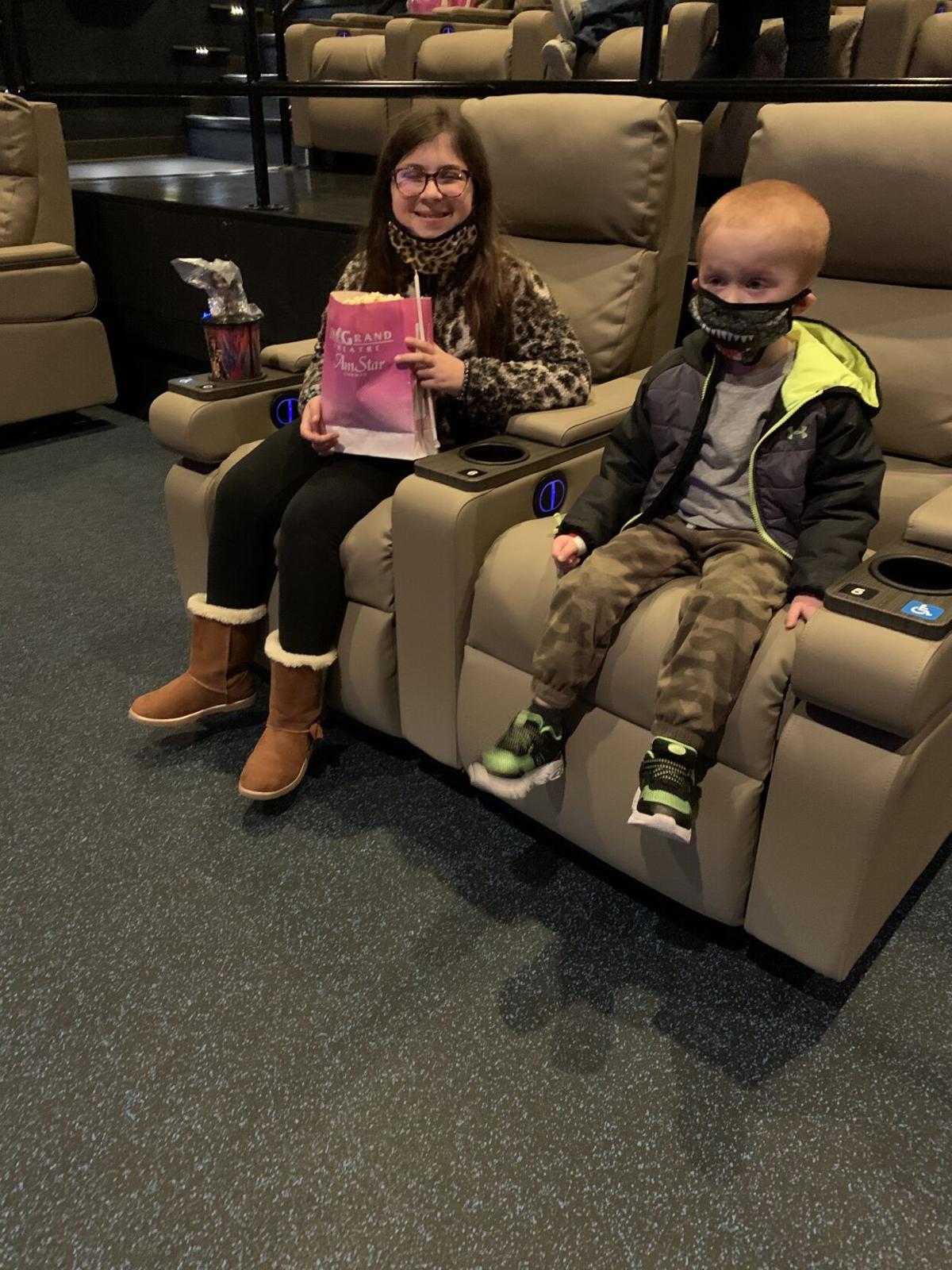 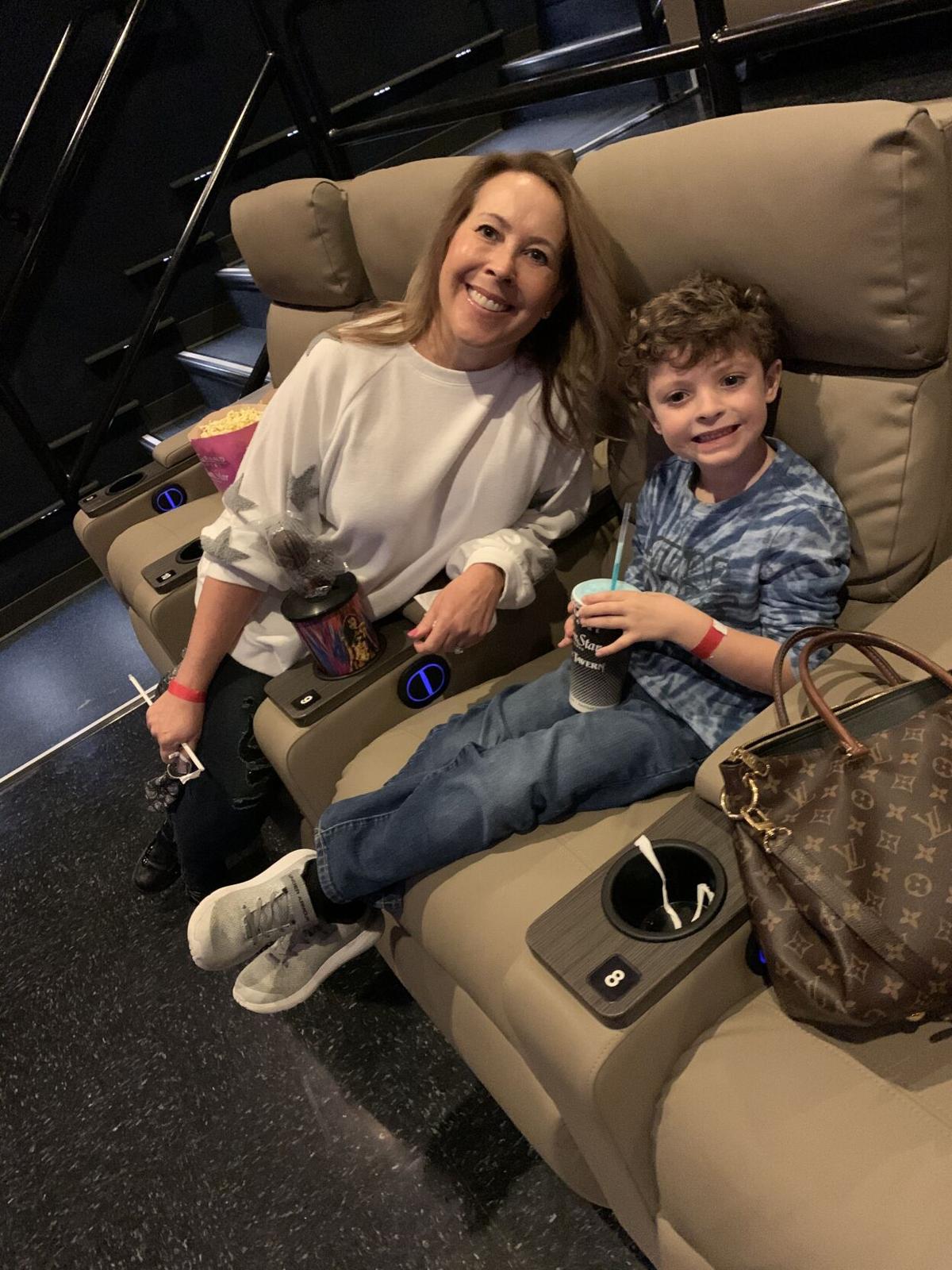 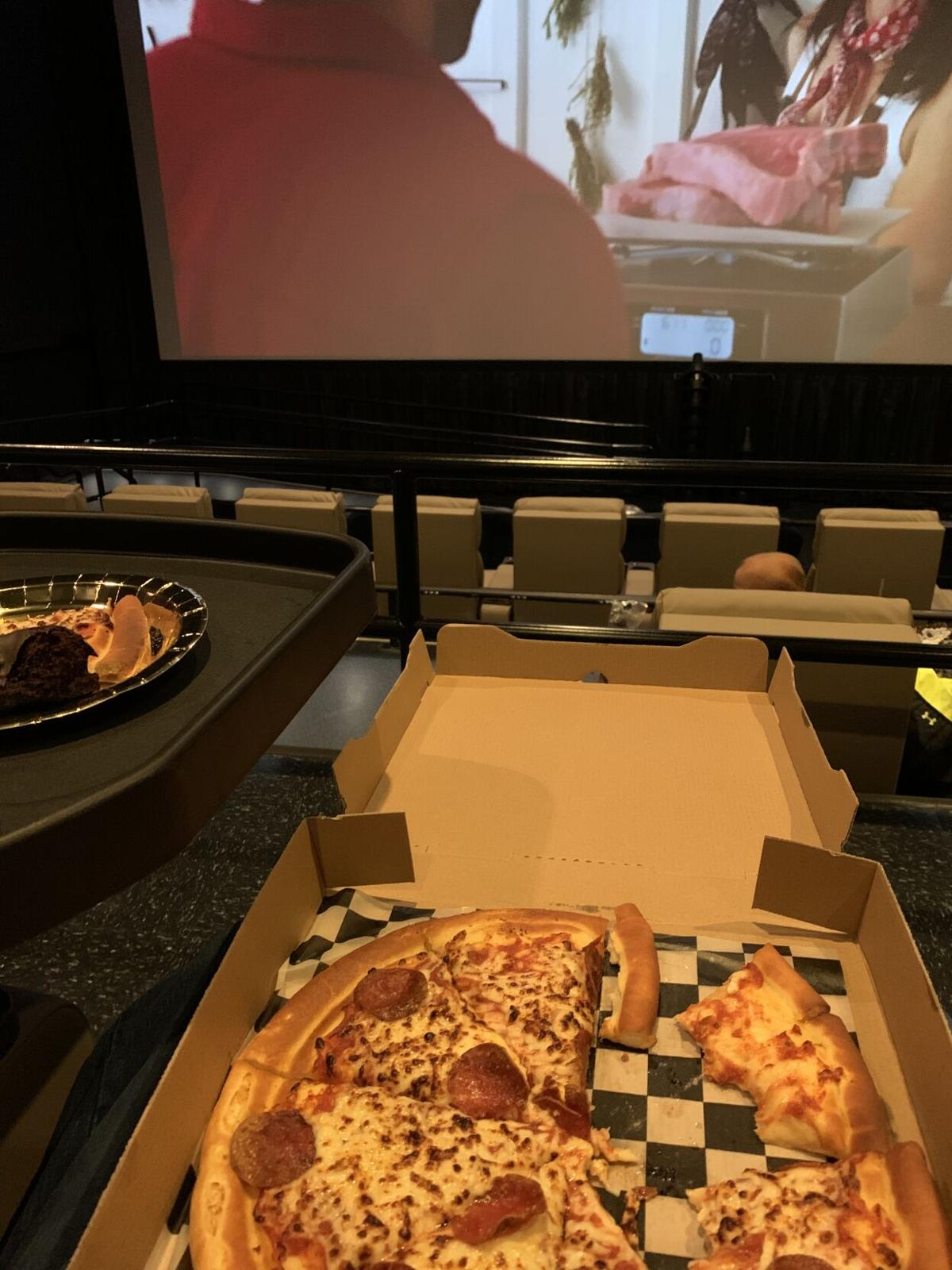 Eating pizza in your seat.

Eating pizza in your seat.

said my nearly six-year-old grandson as the credits began rolling and light pushed the darkness from our “Private Screening” at the AmStar Cinemas in Greensboro.

As a new Covid-19 pivot towards safety and making families and groups of friends up to 20 feel comfortable, AmStar Cinemas in Greensboro and Winston-Salem are offering “Private Screenings” now thru the end of January.

According to their web site, www.amstarcinemas.com, you are invited to organize a “Private Screening” which is “Safe, Comfortable and Affordable - from now through the end of January.

Our group included six adults and 4 children and our “Private Screening” was Saturday at 3pm.

We arrived at the Four Seasons location of Amstar Cinemas about 15 minutes prior to show-time as instructed by theatre General Manager Matthew Sharpe.

Sharpe lived up to his name by checking in with me three times earlier in the week to fill me in on all the details and make sure we knew everything that we had in store for our visit.

When we entered, AmStar Cinemas staff was expecting us and made us feel right at home. Putting red wristbands on all of us and telling us which theatre was ours. They then instructed us to head up to the concession stands to grab our goodies.

For our package, we were provided unlimited popcorn and drinks, and one candy of our choosing. We then walked to our theatre.

As we rounded the corner and got the first glimpse of number 16, two staff members were waiting. One holding the door and another reaching to unhook a red rope on stanchions that allowed us onto the red carpet they had placed for our entrance.

As we walked in, the staff had set up a table in the front right corner of the theatre that had goodie bags, baskets of every kind of mini chocolate bar you could imagine, two boxes of chocolate cake and several pizzas that were neatly stacked and tucked into a pizza warmer.

After grabbing what we wanted, we headed to our seats to enjoy the movie.

We had requested no previews and enjoyed being able to jump right into the show.

Having the theatre all to ourselves was something that I had no idea would create the feeling that swept us all up. After about ½ the film had passed, the two littlest boys got restless and began running around the theatre being kids and having fun. Being that we were the only group, we were able to relax and let boys be boys. After they made their rounds of the seats a few times, I decided to get up and take them to the front row to see what they thought about being that close. I had forgotten that the theatre had placed three balloons in each of the sofa-style front row seats. I grabbed balloons and began tossing them at the boys and up in the air. This led to the boys stepping up their childhood antics with some good old-fashioned wrestling and balloon kicking all over the theatre. They were having SO, SO, SO MUCH FUN.

As the movie came to a close, my grandson gave me the lead to this story that summed up the magical experience. “Do we have to leave now?”

For more information on one of their experiences, log onto www.amstarcinemas.com

They are offering four opportunities:

Host your own private movie screening for up to 20 guests and see the latest blockbuster or classic film in your own auditorium with guaranteed seating!

• Complimentary kids packs for children 12 and under

• Includes The Preview amenities plus a candy buffet table

The After Party Package (for adults 21+)